Human civilization depends on Earth’s rapidly-deteriorating ecosystems, which cleanse our water, purify our air, and regulate our climate. Today, the United Nations General Assembly launched a global effort to restore ecosystems over an area the size of South America. 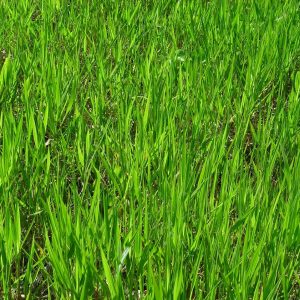 1 March 2019 | Last month, the Food and Agriculture Organization’s (FAO) State of the World’s Biodiversity for Food and Agriculture report warned that an ever-increasing concentration on fewer and fewer food crops, coupled with a dramatic decline in support species like birds, bees, and worms, as well as overfishing and a myriad other pressures, had left our global food systems more vulnerable than ever to external shocks like storms and drought – which are themselves increasing as the climate changes.

The report drew on research from more than 91 countries and concluded that degraded lands and seas put 3.2 billion people at risk and cost roughly 10 percent of the annual global gross product in loss of species and ecosystems services.

In response to these pressures, the United Nations General Assembly today declared 2021-2030 the UN Decade on Ecosystem Restoration.

The goal is to focus resources on the estoration of 350 million hectares of degraded land between now and 2030, which the UN believes will restore $9 trillion in ecosystem services and absorb an additional 13-26 gigatons of greenhouse gases.

“The UN Decade on Ecosystem Restoration will help countries race against the impacts of climate change and biodiversity loss,” said FAO Director General José Graziano da Silva. “Ecosystems are being degraded at an unprecedented rate. Our global food systems and the livelihoods of many millions of people depend on all of us working together to restore healthy and sustainable ecosystems for today and the future.”

The declaration is designed to support the Bonn Challenge, which sets a similar target, and builds on regional efforts such as the Initiative 20×20 in Latin America that aims to restore 20 million hectares of degraded land by 2020, and the AFR100 African Forest Landscape Restoration Initiative that aims to bring 100 million hectares of degraded land under restoration by 2030.