As of 2020, international airlines will be mandated to offset large parts of their greenhouse gas emissions. It’s a mandate that could pump tens of billions of dollars into protecting the Brazilian Amazon, but the country’s Brazil’s climate negotiators would rather favor scandal-plagued national power company Eletrobrás and Amazon mega-hydroelectric projects. 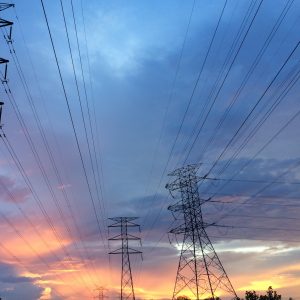 This story first appeared on the EDF Blog

New market mechanisms in the UN Paris Agreement and in the International Civil Aviation Organization’s Carbon Offsetting and Reduction Scheme for Civil Aviation (CORSIA) could provide money Brazil needs to protect its rainforest, including protecting heavily threatened indigenous territories twice the size of California. The new mechanisms could also help other tropical countries stop deforestation. That would be great news for the global atmosphere and for the people who live in the forests.

But Brazil’s negotiators are dead set against it. Instead, they’re fighting hard to preserve the Clean Development Mechanism (CDM), a relic of the Kyoto Protocol. Global climate change champions California and the European Union have largely or entirely shut the CDM out of their markets because they’ve concluded, rightfully, that its claims to environmental integrity have lost credibility.

Brazilian negotiators say the CDM is the gold standard for environmental quality, and reducing deforestation is too risky for carbon credit. A new report by EDF and Brazilian partners – along with a plethora of other analyses — reaches a different conclusion.

The CDM was created in 1997 by the Kyoto Protocol to allow emissions reductions projects in developing countries to generate tradeable carbon credits, called “Certified Emissions Reductions” (CERs), which, the Protocol specifies, could be used by industrialized countries to help meet their emissions targetsduring the years 2008-2012. But since new targets for these countries didn’t take effect under the Kyoto Protocol, CER prices plummeted for lack of buyers. Brazil has a big portfolio of projects that are generating currently zero-value CERs that could turn into real money if the new market mechanisms of the Paris Agreement and CORSIA accept CDM credits. No wonder they like the CDM.

Starting in 2012 affiliates of Brazil’s state power company, Eletrobrás, registered the mega-hydroelectric dams in the Amazon as CDM projects. They said that the dams would reduce greenhouse gas emissions that would have otherwise happened, and that since they were big, risky projects, they wouldn’t be financially viable unless they got the carbon credit. The CDM approved the dams, issued millions of CERs for them, and stands ready to issue hundreds of millions more.

But, a little later, these dams were implicated in the “Operation Car Wash” investigation, probably the largest corruption investigation in the world. The investigation first uncovered bid rigging, bribery and kickbacks worth billions of dollars in state oil company Petrobrás. It has now convicted scores of politicians and top executives at Brazil’s biggest companies. Eletrobrás executives engaged in exactly the same schemes in the three Amazon dams and other projects, according to whistleblowers. One former officer of an Eletrobrás subsidiary has been sentenced to more than forty years in prison for bribery, money laundering, obstruction of justice, tax evasion, and participation in a criminal organization, and similar charges are pending against others.

Eletrobrás’s stock price crashed as a result. US investors brought suit against the company, now pending in federal court in New York. They allege that Eletrobrás publicly claimed it was keeping clean books and building legitimate energy projects, while in fact concealing massive corruption and kickbacks. The dams ran up billions in cost overruns (allegedly to pay the bribes and kickbacks) at the investors’ expense.

Meanwhile, while it told the CDM that carbon finance was crucial for the dams to go forward, the company went ahead and built the dams.

The dams are operating today with basically zero carbon finance, because the CERs became virtually worthless after the end-of-2012 the price crash. If the dams in fact caused any emissions reductions, they did it without money from the CERs – so they would have happened anyway. But, in fact the dams never caused any emissions reductions – the decision to build them was political, not economic. Opportunities for bribes and kickbacks were by all indications a key factor. It’s not surprising Eletrobrás and affiliates never told its investors that it needed carbon credit for the dams to pay off – the credits were just icing on the cake.

In 2016, KLP, one of the world’s largest investment funds, managing over $36 billion in pension funds in Norway, decided to exclude investments in Eletrobrás, citing “unacceptable risk of gross corruption. According to the company’s financial reports to US authorities, Eletrobrás contracts with suppliers have been overbilled during a period of almost seven years, with the excess funds paid out to Brazilian politicians, political parties and company executives.”

That the CDM approved the dam projects at all is a serious indictment of its rules. Lots of other analyses have concluded that this mechanism needs serious overhaul or phase-out. See my next post for a better approach to international collaboration on climate change mitigation.