Impact investors have poured more than $8 billion into projects that support sustainable land management, and now more money is also finding its way into sustainable fishing. This month, a new partnership providing equity to sustainable small-scale fishing-related enterprises in Philippines and Indonesia, has made its first investment in a Filipino fishing processing and exporting group. 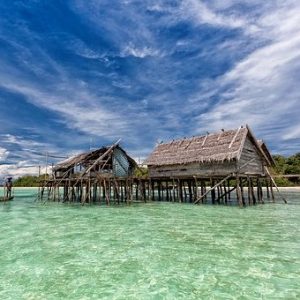 Fish Forever, in turn, was launched jointly by the Environmental Defense Fund and the Sustainable Fisheries Group at the University of California, Santa Barbara, together with a new conservation group called Rare, which created the Meloy Fund last year to deploy exactly these sorts of investments.

At the same time, the Nature Conservancy’s NatureVest announced the first debt swap to help small-scale fishermen in Seychelles sustainably manage their fisheries.

NatureVest was launched with backing from JPMorgan Chase, and the two efforts are part of a massive surge in impact investing, which has funneled more than $8 billion into for-profit endeavors that preserving forests, protect watersheds, and – now – help improve coastal fishing practices, according to the State of Private Investment in Conservation 2016 report which Forest Trends’ Ecosystem Marketplace released earlier this year.

For more on the Seychelles debt swap, subscribe to the Bionic Planet podcast, which soon feature an interview with HE Ronald Jumeau, Seychelles’s Ambassador for Climate Change and SIDS. Bionic Planet is available at Bionic-Planet.com, as well as on iTunes, TuneIn, Stitcher, and wherever you access podcasts. You can also listen here:

This month, Rare launched the Meloy Fund I, a limited partnership fund that targets $20 million of debt and equity investment for millions of small-scale fishers in Indonesia and the Philippines. It already announced its first close of US $10 million.

The ten-year Fund counts among its investors a diverse range of family offices, investment managers, and foundations. Rare is the Managing Member of the General Partner.

Lukas Walton, who will have a significant interest in the Meloy Fund via the Lukas Walton Fund of the Walton Family Foundation, said “I’m thrilled to invest in the Meloy Fund, and support its innovative model for deploying investment capital to the critical problems that coastal fisheries face in moving towards sustainability.”

This first close was accelerated to respond to robust interest from investors and a pressing pipeline of investment opportunities, according to a press release. A second and final close, including US$6 million anticipated from the Global Environmental Facility (GEF) as anchor investor, is projected for fall, 2017.

Dale Galvin, Managing Director of Rare’s Sustainable Markets group and Manager of the General Partner said, “The innovation of the Meloy Fund is to recognize the latent opportunity for value creation in the undervalued coastal fisheries sector, and link the resulting investments with the necessary community engagement and fisheries management provided by Rare, which ensures long-term sustainability.”

The Fund has a detailed impact monitoring strategy, projecting improvement in the lives of 100,000 fishers and their household members, while placing 1.2 million hectares of coastal habitats, including coral reefs, seagrass beds, and mangroves, under improved management.

This story has largely been compiled from press releases.