The Buyer’s Analysis – a companion report to the State of the Voluntary Carbon Markets 2017 Report, 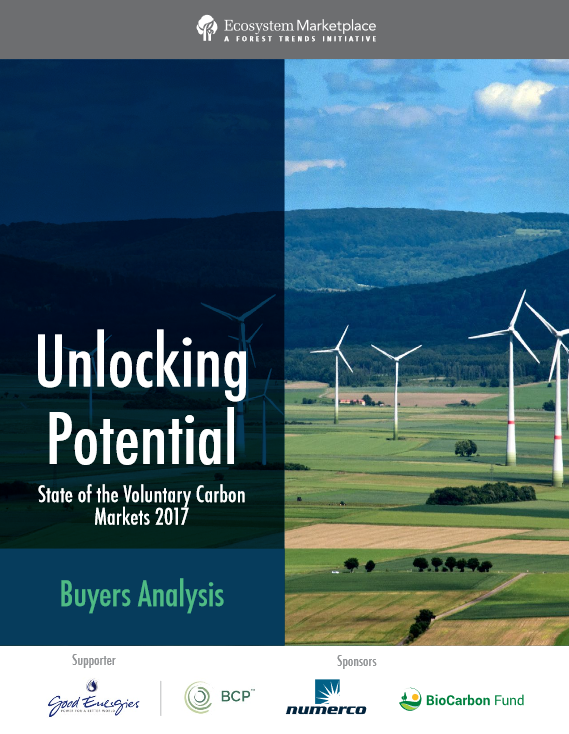 looks at who buys offsets, where they are located, why they buy offsets, and how they choose which offsets to purchase.

As of 2016, offsets equivalent to 1.1 billion metric tonnes of carbon dioxide emissions (BtCO2e) have been transacted voluntarily – through sales to governments, companies, and individuals as well as intermediary brokers – according to the latest annual State of Voluntary Carbon Markets report from Forest Trends’ Ecosystem Marketplace. Entitled “Unlocking Potential,” the new report and its two accompanying mini-reports find that:

Two companion mini-reports take a closer look at two aspects of the voluntary carbon market, one of which is this Buyers Analysis. The second is the Regional Analysis, which examines the geography of voluntary carbon markets – where offsets are produced, how prices, project types, and standards vary by location and developments shaping the carbon market in each region.