Each January we ask carbon market participants to make predictions about the coming year, and we publish them in our free biweekly newsletter, The Carbon Chronicle. This year, we received such a flood of responses that we could only publish a few excerpts in the newsletter. But not to fear – the full list is here: 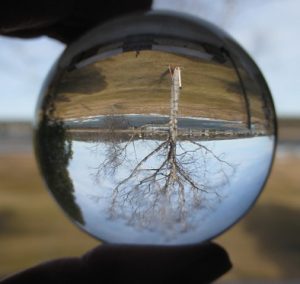 It’s that time of year again – the time when we look back at the best (and worst) of the last 12 months. We’re not the only ones. People magazine named Matilda the Alien cat the most fascinating animal of 2015. Rolling Stone named Kendrick Lamar’s “To Pimp a Butterfly” the best album. TIME named Fantastic Four the worst movie.

And, in a slightly different vein, our faithful Carbon Chronicle readers voted for their top Ecosystem Marketplace carbon story picks across three categories. In Carbon Policy, readers voted for our June 9th story, “Climate Negotiators Deliver Win for Forests with Breakthrough in Bonn.” (We didn’t let you vote for the Paris Agreement itself, assuming that would be the runaway winner.) In Carbon Finance, readers thought the launch of “Stand for Trees: Forest Carbon for the Masses?” in February was the biggest story. And in Human Dimension, the top reader pick was our story about the Tanzanian REDD+ project that led to secure land tenure for a hunter-gatherer tribe: “Things White People Like – As Told by a Hadza Tribesman.”

It’s also the time of year for predictions, and we do those, too. Some of you dodged the question, saying only that you thought Leonardo DiCaprio would win Best Actor. That’s understandable. To quote the American baseball player Yogi Berra, who died last year, “It’s tough to make predictions, especially about the future.” But many other carbon market actors rose to challenge, offering the following 2016 predictions:

On the effects of the Paris Agreement

“The successful Paris Agreement at COP21 provides fresh positive energy and new momentum to carbon markets, so we are looking forward to a very interesting couple of years for forest carbon, with increased market activity and bullish price movements on both the private (voluntary and pre-compliance) and public (government-to-government and institutional) sector side.”

“I think the Paris Agreement heralds not the end of people questioning the role of market-based mechanisms and carbon finance, but the beginning of the end, and that’s still an incredibly important milestone. What was demonstrated in Paris is that market-based carbon pricing mechanisms are an effective tool (amongst many others), being used and supported today by developed and developing nation states alike, provinces, cities, NGOs and private business of all sizes to tackle climate change. And it’s up to all of us to continue to refine them in 2016, to keep them fit for purpose for those participants (voluntary and compliance) who I am pleased to say will be making use of them for the first time in the months and years to come.”

“The Paris Agreement [will] give signals that society and industries are in the process to a low carbon economy and zero global emissions. I think that in the next five years, countries [will] adapt their policies, reference levels and carbon pricing to achieve the NDCs [Nationally Determined Contributions].”

“The biggest carbon story 2016 will be the involvement, beside each NDC, of stakeholders not bound by the Paris Agreement: civil society, enterprises, cities, and financial institutions. Recognition of the impact of voluntary and philanthropic actions beyond any carbon regulation or pricing will emerge to reach the ambitious target.”

“This is the year to start building up mechanisms and frameworks that will make it possible for the Paris Agreement to be accomplished. In turn, the voluntary market gets a strong sign to keep setting the base.”

“It is great to see that the business community has significantly contributed to the agreement reached on curbing global emissions to the 2°C goal (while not leaving the 1.5°C goal out of sight), showing that science-based targets are embraced by an ever wider audience. Against this backdrop, south pole group is confident that carbon markets will greatly benefit from the ‘reduce at home, finance abroad’ mantra that has consequently been called for. We help to get companies wanting to become protagonists in this fight #readyfor2020.”

“As opportunities from the Paris Agreement will start arising for early investors and developers, 2016 will be a pivotal year for the industry. There will be a lot more new investment in REDD but it will be still unbalanced as the demand for VERs [Verified Emissions Reductions] will not match the supply. Private companies spurred on by post-COP21 frenzy statements will begin to move away from the carbon markets to make direct investment in renewables within their supply chains or elsewhere.”

“2016 will be a big year to highlight the carbon and multiple co-benefits of wetlands. However, there are numerous challenges in implementing wetland carbon projects including making them economically viable with low carbon credit prices.”

“After a 2015 full of commitments and new players at the table, the question whether or not new incentives, new geographic markets and relevant corporate action can cause tangible momentum for carbon and ecosystem services in 2016 will shape this market for years to come.”

“The Paris Agreement will transform confidence in the use of markets around the world to incentivize emissions reduction activities. We will see the emergence of new carbon markets and new partnerships to help nations, as well as the private sector, achieve ambitious commitments. The California offset market will stay in the headlines in 2016 with record forest carbon issuances, the first credits from rice projects, expansion of options for ODS destruction, and new coal mine methane project listings.”

On REDD+ (Reducing Emissions from Deforestation and Degradation of forests)

“The Paris Agreement ensures that 2016 will be the year the markets turned REDD+, as the world shifts focus to how we can rapidly ramp up forest conservation efforts, in recognition that REDD+ is the most effective approach to bridging the massive emissions gap facing society in the next decade.”

“I believe the biggest carbon story of 2016 will be the initiation of rulemaking in California for the acceptance of international sector-based offsets, which will possibly start with REDD+ offsets from the state of Acre, Brazil.”

“The Paris Agreement opens the door for market mechanisms including REDD+, but tackling deforestation at scale will take new ‘cooperative approaches’ between industrial and forested nations that creatively engage the private-sector.  In 2016 we could see the formation of REDD+ public-private partnerships bringing together jurisdictional and (nested) project activities and leveraging government commitments/funding to reduce risks and increase private investment.”

“While there will be a number of carbon market developments in 2016 coming on the back of the Paris Agreement, the piece de resistance will be the global Market-based Mechanism (MBM) being proposed by the International Civil Aviation Organization (ICAO). Under the MBM, the aviation industry would commit to carbon neutral growth starting in 2020. Given the lack of viable alternatives for significantly reducing emissions from the aviation sector in the short- to medium-term, carbon markets, and high-quality carbon offsets, will prove essential in achieving the objectives of the MBM. Should the ICAO Council approve the MBM at its meeting in September 2016, this will have a very positive impact on carbon markets, and REDD+ in particular, as that is a project type of tremendous interest to the aviation sector.”

“[The biggest carbon story of 2016 will be] the further development and expansion of domestic and regional carbon markets, not only large domestic schemes such as China but also exploring ways in which these markets may link in the future. The development of these markets includes the creation of new financing products to implement low carbon technology, projects and programs, and the expansion and increased availability of financing represents a very exciting prospect for 2016.”

“The efficacy of carbon trading will make a notable comeback in the US especially coming out of the Paris Agreement, as more states take another look at a quantity-based approach to limit their GHG [greenhouse gas] emissions. The force reawakens.”

“I believe the most important carbon market developments in 2016 will surround subnationals. In the US, what subnational markets will begin to take shape as states prepare for compliance under the Clean Power Plan? What additional states and Canadian provinces will join or express intent to join California, Quebec and others in the WCI [Western Climate Initiative]? On the global stage, I believe we will begin to see the beginnings of subnationals in different countries and on different continents linking arms in response to the Paris Agreement.”

On pricing carbon, and risk

“I think the carbon story of 2016 will be the success of putting a price on carbon. That is, an increasing number of jurisdictions around the world will be steadily implementing policies that establish an implicit or explicit price. Because the last generation’s dream of a single international carbon market was not realized, many people in our field have trained themselves to believe that putting a price on carbon has failed.  But ask any multinational emitter – they know that in fact a price on carbon is being implemented before our eyes.”

“It is clear that the era of managing and disclosing a corporation’s exposure to climate risk has arrived. There has been a failure to provide appropriate information to investors, insurers, and lenders, which will now be mitigated by the establishment of new evaluation mechanisms for financial markets. In 2016, companies will continue to act with increasing velocity to not only manage for risk but to monitor for opportunity. 2016 will [also] see a flood of movement in the financial arena catalyzed by the climate summit in Paris and the divest/invest movement. These divestment dollars will continue to seek out a home investing in a low carbon economy that includes renewable energy, energy efficiency, smart agriculture, clean transportation, and forestry.”