The government of Ecuador has offered to avoid drilling for oil in the biodiversity-rich Ishpingo-Tambococha-Tiputini (ITT) concession of its Yasuni National Park in exchange for a carbon payment equal to just half the income the country would earn if it fired up the drills. Practitioners say it’s an intriguing idea – but one that misses the mark. 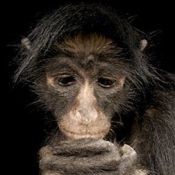 The government of Ecuador has offered to avoid drilling for oil in the biodiversity-rich Ishpingo-Tambococha-Tiputini (ITT) concession of its Yasuni National Park in exchange for a carbon payment equal to just half the income the country would earn if it fired up the drills. Practitioners say it’s an intriguing idea – but one that misses the mark.

27 August 2009 | Ecuador’s initiative to save the ITT concession in the Yasuni National Park is praiseworthy, and these activities must be encouraged – but paying for oil to stay in the ground is not the way forward.

After all, if payments for keeping oil underground are made to Ecuador, why not to other oil producing states? Indeed, Saudi Arabia proposed just such a system early on in the Kyoto negotiations.

The manifold perverse effects of this, both environmental and geo-political, should be obvious. The real value to be paid for is the forest as a carbon sink and as a reservoir of bio-diversity. Carbon market value for tropical forests is a good proxy for both biodiversity and the other values.

Equally important, the use of the funds raised must not be limited to renewable energy but must fund the institutional reforms and comprehensive land-use planning that is essential to poverty alleviation and long-term forest preservation.

This editorial was submitted in response to Pondering Ecuador’s Yasuni Proposal, which we have been discussing at length on the EKO-ECO blog.

Until markets for biodiversity develop further, areas such as the ITT should be preserved by crediting the carbon, and not the oil.

Plaudits are due to Germany for proposing to allow forest carbon crediting in its domestic carbon trading system despite the continuing refusal by the European Commission (against the wishes of all parties in the EU Parliament) to allow forest or land-based credits even if compliant with the Kyoto Protocol.

Reform in Europe is long overdue, and I hope Germany’s initiative is a harbinger of change.

Ecuador’s new constitution mandates protection of the indigenous peoples and is a matter of moral as well as legal imperative for the government. This is a significant step forward but should not be a matter of compensation payments.

In other respects, Ecuador has, in my view, a lot of housekeeping to do before it can be trusted by anyone other than governments. It has all the problems of oil-dependent states and – despite its oil wealth – has defaulted on international debt obligations three times in as many decades. So the risk that it will default on forest bonds is not insignificant.

Governments and multilaterals can take this risk, and either they or the insurance industry will have to insure that risk before the private sector can invest in forest conservation directly.

Private sector investment, however, is essential given the magnitude and cost of keeping the tropical forests intact. The best estimates are that it will take some $100billion a year for decades to come and this will not be forthcoming from the public sector.

In addition, to quote the Economist, “Reforms are needed (in Ecuador) to address the deficiencies of the business environment, including inefficient and costly utilities, legal insecurity, a rigid labour market, low skills levels and a dearth of affordable financing. In other words, Ecuador’s wealth has not been used to adjust for the ill effects of an oil-based economy.”

The country’s GDP per capita is 25% higher than China’s, but Ecuador shows no signs of lifting some 25-30% of its population out of poverty as China has. These are failures of policy, and they need to be addressed if forest preservation is to endure the tedious process of moving to a non-fossil fuel economy. For that to happen, conservation must be based on integrated land management, not just on energy substitution. Improved agriculture and poverty alleviation must be paid for – as must sustainable forest use and forest-law enforcement.

Much of Ecuador’s high deforestation rate is driven by poverty and lack of capacity in forest protection and law enforcement. The trust fund proceeds must extend to these matters as well, not just to funding renewable energy if it is to succeed in its purpose.

Similarly, too little consideration is given to the effects of driving away foreign oil companies which, despite their failings have a tendency to be more responsible in dealing with environmental issues than home grown ones in the developing world.

Ecuador’s domestic oil company, for example, is the country’s worst polluter. Similar concerns have been raised in Borneo with the withdrawal of BHP Billiton from coal mining in Borneo as it is all too likely that smaller, less-responsible domestic interests will move in and behave far more destructively than BHP.

For the foreseeable future, Ecuador will be dependent on oil no matter how much is raised by the trust fund. It should therefore be incentivized to encourage high standards of behavior in its oil industry as well as beginning to lay the foundations of renewable energy.

All of the issues which Ecuador faces – as do other similarly-placed countries in West Africa – can be successfully addressed, but unless the funds raised by crediting its forest conservation efforts are used more broadly than to fund renewable energy I fear that the efforts will fail.

Forest conservation requires a comprehensive approach which takes into account not only the rights of indigenous people, important as they are, but the needs of the migrant populations for a better standard of living and more settled way of life.

The economics of the entire area have to change not just the energy mix of the economy as a whole. It remains to be seen if Brazil’s Amazon Fund can achieve this. It is essential, in my view, that those countries, like Germany, which participate in such funds ensure that a comprehensive land-use plan is financed to ensure forest conservation in the long-term. There will be no “permanence” without it.

Eric Bettelheim is the recent past Executive Chairman of Sustainable Forestry Management Limited, and a Founder. Prior to establishing SFM, he was a commercial lawyer specializing in the law and regulation of financial markets. You can reach him through www.ericbettelheim.com.