US Environmental Protection Agency boss Scott Pruitt is gone, replaced by an oil industry lobbyist named Andrew Wheeler. Supreme Court Justice Anthony Kennedy will soon be gone as well — to be replaced, no doubt, by someone less environmentally conscious. Here’s why that’s bad news for US waterways. 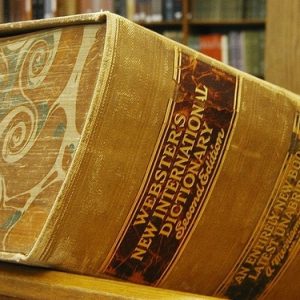 This is the fifth installment in a five-part series. You can find the first installment here.

5 July 2018 | US Environmental Protection Agency boss Scott Pruitt is gone – not because of his environmental malfeasance, but because his $43,000 phone booth, his $100,000 trip to Disneyland, and his attempts to get his wife a lucrative job were too tacky even for an administration built on bling.

His replacement, Andrew Wheeler, is less embarrassing but more dangerous. A coal lobbyist until last year, Wheeler is also a long-time adviser to climate-science denier James Inhofe and a sure bet to continue Pruitt’s policies – albeit with more stealth and fewer attention-grabbing abuses of power.

Pruitt’s departure comes just one week after Justice Anthony Kennedy announced his own retirement from the US Supreme Court, and those two departures have overshadowed the publication of a document that Pruitt and Army Public Works boss Ricky James dropped on us last Friday – a document that mentions Kennedy 64 times and illustrates as well as anything the underhanded way Pruitt subverts environmental protections: not through argumentation, but through sabotage in the name of regulatory certainty (and just in time for summer break).

It’s a document that will show up on the Federal Register any day now, and that you and any member of the public will then have 30 days to comment on, but which you’ll only understand if you know a bit of history, and that’s by design. It’s part of an effort to torpedo a Supreme Court opinion that Kennedy penned in 2006 – an opinion that builds on decades of precedent and practice, and that provides the foundation for the 2015 Waters of the United States (WOTUS) Rule (also known as the “Clean Water Rule”), which sets the ground rules for determining which of the waters of the United States are protected by the Clean Water Act (CWA).

If Wheeler and James can rescind that rule, they’ll manage to undermine the popular Clean Water Act without the voting public knowing until it’s too late, and last week’s document is part of their effort to do just that.

Specifically, it’s a supplemental notice to the Trump Administration’s year-old proposal to repeal the WOTUS rule and instead “recodify” the mess that predated it in accordance with an opinion written by the late Justice Antonin Scalia – an opinion mostly ignored by courts and practitioners, for reasons we covered in earlier installments of this series.

Scalia, as we saw in part three, believed the CWA should only protect “relatively permanent, standing or flowing bodies of water” – basically, lakes rivers, and streams, but not the wetlands or creeks that feed them, and not waterbodies that only flow intermittently.

The repeal would leave 80 percent of US waterways unprotected by federal authorities, and it’s one part of a multi-pronged attack on WOTUS that includes a two-year delay on its implementation and a more insidious order to ignore the local scientists and specialists who review dredging permits and instead “involve the Administrator’s Office early on in the process of developing geographic determinations” – a move that Kyla Bennett, director of science policy for Public Employees for Environmental Responsibility (PEER) described as “a crude Clean Water Act coup d’état.”

“This latest move by Pruitt is his Plan B as it is becoming increasingly clear that his Clean Water rewrite plan is illegal and will be tossed out in court,” she said.

In this, the fifth, final, and long-overdue installment in a five-part series on the Clean Water Rule, we try to offer a clear and simple explanation of the state of WOTUS in the current administration. You can see the first installment here.

The story continues below, but here is a timeline to help you keep key dates in order:

Last week’s supplemental notice will soon be listed in the Federal Register, after which the public has 30 days to comment on it. Some organizations, like the American Farm Bureau, a longstanding WOTUS opponent, have welcomed the notice.

“The issuance of this additional notice shows that EPA listened to public comments that showed confusion over what was being proposed and why,” they said in a statement. “This supplemental notice will provide a more meaningful opportunity for public comment by clarifying that EPA’s proposal is to permanently repeal the 2015 WOTUS rule because that rule was illegal in multiple respects.”

Beyond clarifying the position, however, the notice does little to bolster the Administration’s claim that the existing rule should be repealed before the agency can “recodify” the mess that the rule was created to fix. After finding that the previous regime was riddled with uncertainty, the agency has a duty to explain why it must repeal the whole rule rather than leaving the rule in place while working to correct whatever problems the agency claims to have found in the rule.

“It’s ironic that they claim they’re doing this to provide certainty, considering the fact that before 2015 there was a world of very little certainty,” says Bethany Davis-Noll, Litigation Director at New York University’s Institute for Policy Integrity. “Getting rid of the 2015 rule doesn’t reduce regulatory uncertainty; it creates regulatory uncertainty.”

In addition, the administration has yet to explain how returning to the confusing regime in place before the 2015 rule complies with the Clean Water Act or how the agency is justified in imposing forgone wetlands benefits on the public.

“Without that explanation, this could be a pretty good lawsuit for anybody who wants to challenge the agency,” says Davis-Noll

That is, in fact, a pillar of the suit currently underway to block the delayed implementation of the rule.

The Lack of Analysis or Reason

This series began back in February, when 11 states sued to block the delay in implementing the WOTUS rule, based in part on their contention that the new applicability date was pulled out of thin air while going through the motions of scientific review and public consultation as required by the Administrative Procedures Act.

A key argument is that the Trump Administration ignored the existing cost/benefit analysis and failed to conduct one of its own. Columbia University Assistant Professor Jeffrey Shrader says the Trump Administration not only overstates the costs of implementing the rule, but ignores the benefits of scenic beauty, resilient agricultural systems, and income from mitigation banking.

“They left out any benefit from mitigation or protection of wetlands,” says Shrader, who co-wrote an analysis called “Muddying the Waters: How the Trump administration is obscuring the value of wetlands protection from the Clean Water Rule”.

Specifically, he points out, the administration simply ignored all wetland benefit studies published between 1986 and 2000 on the premise that their age makes them untrustworthy, but the administration also took its own cost analysis from the same period – despite the fact that more recent studies focused on coastal wetlands show that valuation benefits have increased since then. At the same time, the rise of mitigation banking has both reduced the cost of compliance and created income for people who restore degraded landscapes.

The End of the Restoration Economy?

Proponents of the repeal argue that states will pick up the slack, but current laws evolved because upstream cities and states had little inclination to do that.

“About half of the states have laws on the books that say they cannot implement stricter protection for wetlands than the federal government, and those are the states where the largest at-risk wetlands are located,” says David Groves, a former policy advisor to the Obama Administration who now works as Director of Business Development at The Earth Partners, an environmental consultancy.

The result, he says, would be more taxpayer spending overall, but the costs would flow to downstream states.

This is the fifth in a five-part series examining the evolution of waterway protection in the United States.