11 July 2018 | US Environmental Protection Agency boss Scott Pruitt may be gone, but his replacement, Andrew Wheeler is just as friendly to the coal sector as Pruitt was – and just as unfriendly to the $25 billion “restoration economy” that directly employs 126,000 people and supports 95,000 other jobs. That’s more jobs than logging, more […]

11 July 2018 | US Environmental Protection Agency boss Scott Pruitt may be gone, but his replacement, Andrew Wheeler is just as friendly to the coal sector as Pruitt was – and just as unfriendly to the $25 billion “restoration economy” that directly employs 126,000 people and supports 95,000 other jobs. That’s more jobs than logging, more than coal mining, and more than iron and steel, as you can see here:

The restoration economy evolved slowly over the past 40 years as states from New York to Colorado to California realized it was often more efficient to restore natural systems that protect coasts and manage water than it was to build substitutes from concrete and steel. The city of New York, for example, has long saved money on water filtration costs by paying farmers in the Catskills to restore natural grasses that absorb farm runoff, while the city of Denver is funneling water utility fees into forests that store and filter water, and California uses meadows and streams to filter and store the water that feeds into its famous aqueducts.

Closer to hurricane territory, the state of Texas is home to one of the country’s largest for-profit restoration projects, while studies have shown that Louisiana can earn billions by restoring its coastal mangroves – or lose multiples of that by letting them die.

Some of the most innovative thinking on restoration economics comes from hurricane territory, but political leaders there have been slow to adopt the recommendations.

Here are 10 things you need to know to understand the restoration economy:

The demand for restoration, however, isn’t that automatic, because most companies and even some landowners won’t clean up their messes without an incentive to do so.

Economists call these messes “externalities” because they are internal responsibilities that are dumped on the external world. Governments are created in part to deal with externalities – traditionally through “command-and-control” regulation, but also through systems that let polluters either fix their messes or create something as good or better than what they destroy.

These are usually created by green entrepreneurs who identify marginal land and restore it to a stable state that performs ecosystem services like flood control or water purification. Conservation banks make money by selling credits to entities – personal, public, or private – that need to offset their environmental impacts on species, wetlands or streams.

Government agencies are big buyers of credits, often because they need to offset damage caused by infrastructure projects.

The link between infrastructure and restoration, however, goes even deeper than that. In Philadelphia, for example, restoration workers are using water fees to restore degraded forests and fields as part of a plan to better manage storm runoff. In California, meadows and streams that control floods are legally treated as green infrastructure, to be funded from the infrastructure money pot. “Green infrastructure”, it turns out, is prettier than concrete and lasts longer to boot.

Nature is complex, and rigid regulations often fail to address that complexity. Environmental economist Todd BenDor, for example, points to well-intentioned regulations that require the placement of silt fences in new subdivisions along waterways. 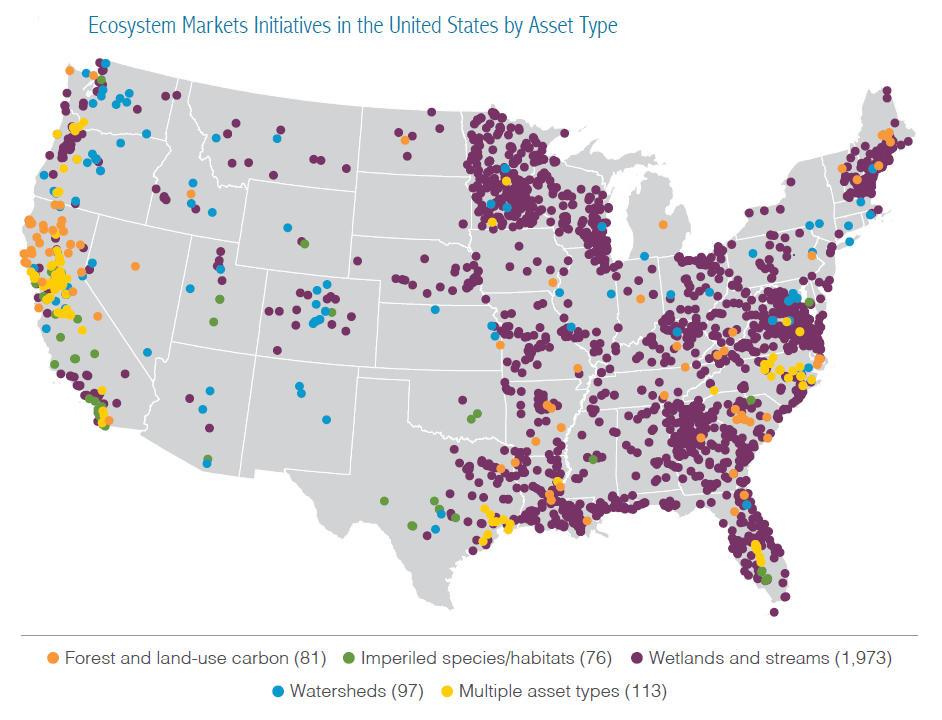 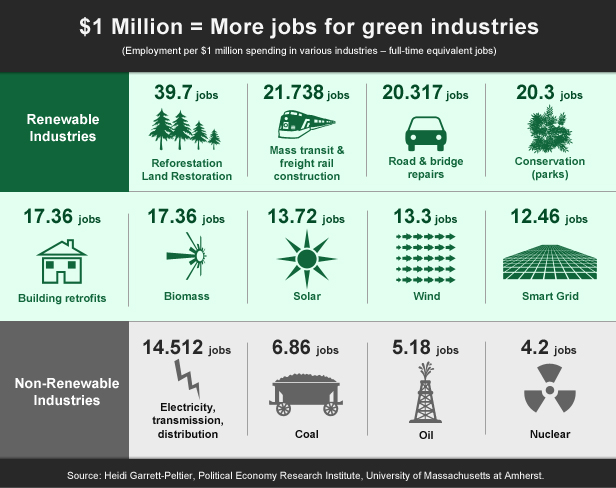