Anyone who’s suffered through a few hundred panel discussions at even the most productive climate event knows the drill. You’ll sit quietly as diligent souls like yourself describe workable, viable solutions to the climate challenge, or maybe you’ll present one of your own. Many of these solutions will already be up and running, delivering verifiable […] 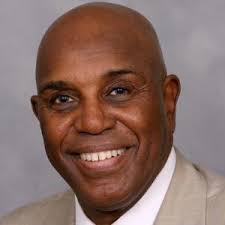 Anyone who’s suffered through a few hundred panel discussions at even the most productive climate event knows the drill.

You’ll sit quietly as diligent souls like yourself describe workable, viable solutions to the climate challenge, or maybe you’ll present one of your own. Many of these solutions will already be up and running, delivering verifiable results around the world. Some will include new technologies, while others will rely on time-tested, natural climate solutions built in partnership with indigenous people or with small-scale farmers shifting to agroforestry. They’ll usually save money over time while boosting income for the most vulnerable people, and they’ll often have the backing of companies like Mars, Marks & Spencer, Danone, or one of the handful of other global brand with a history of at least trying to operate sustainably.

You’ll feel hopeful, but in the back of your mind you’ll know that fossil-fuel companies are spending billions to discredit climate science, and that these companies are the exceptions that prove the rule. Most commodity groups, you know, are more than willing to displace entire populations and grind large forests into pulp if it boosts their bottom line by a half a percent, and most consumers are happy to pocket the savings as well.

Then you’ll go back to your hotel, turn on the news, and watch a stone-faced man and a synchronous-featured woman furrowing their brows as they introduce their coverage of the summit – angry people in the streets, many of them clueless, placid people in suits, many of them experts like yourself… maybe a politician saying that something must be done, followed by an activist saying that nothing is.

“But things are being done,” you’ll think to yourself. “They’re just not being done at scale.”

And you’ll board a plane for the next event, where the same experts will reassemble for the same panel, and clones of the same reporters will show you clones of the same protesters, and you’ll soldier on, refining and perfecting the same solutions that you know work, hoping that if you get them to the point where they just work well enough, or cheaply enough, everyone will embrace them. Your donors will pat you on the back, and they’ll reward you with funding to keep up the good work. Scientific journals will publish your results, and the praise will reverberate throughout the echo chamber in which you find solace – away from the science-deniers, away from the sensation-seeking media, and away from the apathetic masses who have no understanding of the disaster coming their way, and no one willing or able to explain it to them.

Or maybe you’re one of those farmers, toiling in the fields, busting your butt to manage your land sustainably without chopping the forest, even as neighboring landowners chop trees to graze cattle or grow rubber, and you’re wondering why you should continue to do the right thing, and what difference it makes.

The Reverend Dr Gerald Durley knows that thinking, because he helped build the US Civil Rights movement with Martin Luther King, Jr in the early 1960s while studying psychology in Tennessee, before being recruited by Bobby Kennedy himself to become an early Peace Corps volunteer in Nigeria, and returning to become a fixture in Atlanta’s Civil Rights community as Pastor of Providence Missionary Baptist Church.

When he stepped down from that post a few years back, Durley didn’t retire.

And the rewired reverend may just be the Winston Churchill of the climate movement.

So, if the deniers and the ranting ideologues have you down, and if the lazy media has you feeling mute, and you don’t know whether to up your game or end your involvement, check out Episode 35 of the Bionic Planet Podcast,  available on iTunes, TuneIn, Stitcher, and most other podcasters, as well as at Bionic-Planet.com and directly on this device here: