31 July 2018 | Scientists now know more about the interplay between man and nature than they ever have before, and what they know can be alarming. New data, for example, shows that mankind is depleting the ecosystems on which we depend at a rate roughly 1.7-times the planet’s capacity to regenerate, placing this year’s […]

31 July 2018 | Scientists now know more about the interplay between man and nature than they ever have before, and what they know can be alarming. New data, for example, shows that mankind is depleting the ecosystems on which we depend at a rate roughly 1.7-times the planet’s capacity to regenerate, placing this year’s “Earth Overshoot Day” – the date at which we’ve exceeded the planet’s annual capacity to regenerate – on August 1.

But alarms also indicate awareness, which is the first step towards response, and hundreds of leading companies have responded to awareness of their impact on forestsby pledging to eliminate deforestation from their supply chains. Research by the Tropical Forest Alliance (TFA 2020) shows that these pledges are having an effect, albeit a limited one, as companies change the ways they produce, procure, and distribute products made from soybeans, oil palm, beef & leather, and pulp & paper. This awareness has led to a more informed – and more complete – response involving more coordinated action among governments and the private sector, focusing on impacts beyond deforestation. 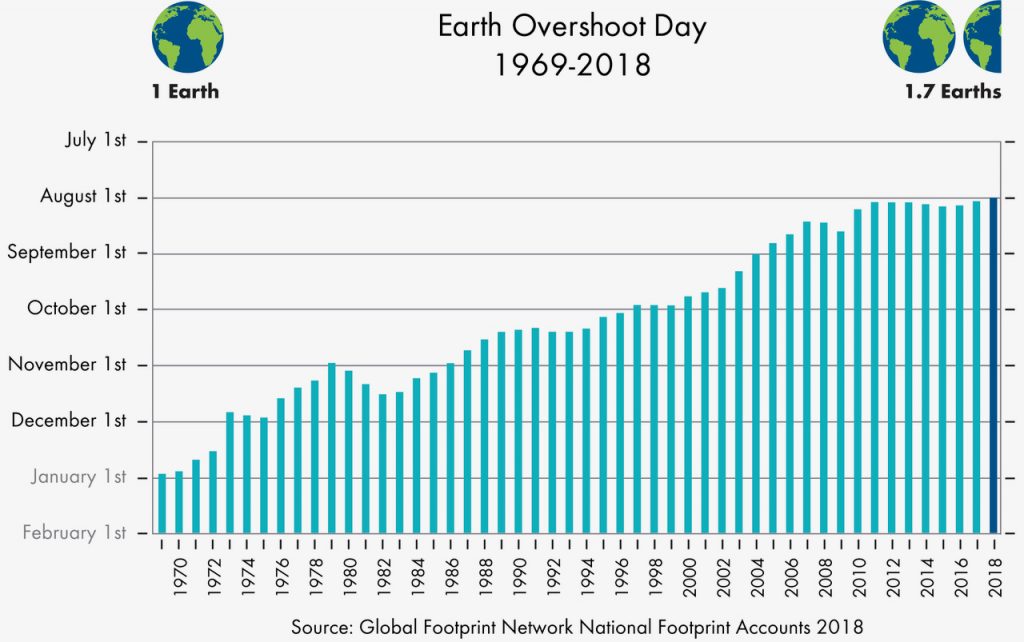 While most of these pledges focus on individual impacts – such as greenhouse-gas emissions, habitat destruction, or deforestation – the Dutch divisions of the World Wildlife Fund (WWF) and the International Union for the Conservation of Nature (IUCN) are working with the sustainability consultancy group Metabolic to develop something they’re calling “one planet thinking”.

The aim, they say, is to establish targets that are set against the planetary boundary, or the ability of ecosystems in regions where companies operate to regenerate, instead of against past performance and industry peers, which is how most targets are set. They’re currently piloting the approach with Belgian organic foods group Alpro, a subsidiary of French yogurt giant Danone. Danone has committed to being 100 percent deforestation-free by the year 2020, as you can see on their Supply Change profile here, and they’ve done some pretty innovative work with subsistence farmers around the world, as you can see here.

The One Planet effort aggregates data from existing projects that measure a company’s impact relative to the capacity of the ecosystems in which it operates. To measure biodiversity impact, for example, it uses the GLOBIO database to estimates an organization’s impact on species habitat in specific regions. To measure water use, it compares absolute usage to the sustainable capacity of the basin within which it operates.

“The approach would, for example, allow Alpro to understand how much water can be safely used to nourish almond fields in Spain, and point the company to more sustainable supply chain alternatives if they are available,” a Metabolic spokesperson explained.

The Swiss Government’s Federal Office for the Environment (FOEN) co-commissioned the 2017 One Planet Approaches report, in which Metabolic mapped and reviewed over 60 different approaches to steer reductions of human impact to within planetary capacity, highlighting the fact that workable, viable solutions do exist. It’s up to all of us to all of us to implement them.

The date is calculated by the Global Footprint Network, whose footprint calculator makes it possible for companies, countries, and even individuals to estimate (and adjust) their impact on the earth. In the early 1970s, Overshoot Day fell in January of the following year, meaning we were depleting ecosystems at roughly the same rate that they could regenerate.

While this year’s date is alarming, it comes just one day earlier than last year’s, and it comes accompanied by a campaign called #MoveTheDate, which highlights emerging solutions to the environmental challenges ahead, with the aim of moving the date back into the future, so that a year of degradation comes with at least a year of recovery.