Hundreds of corporations say they want to reduce their impact on forests, and many actually make good on that claim. Most, however, say haven’t been able to do so because every NGO seems to have its own definition of deforestation. That changed with the arrival of the Accountability Framework two weeks ago, and a Wednesday webinar will explore the role of investors in driving corporate action. 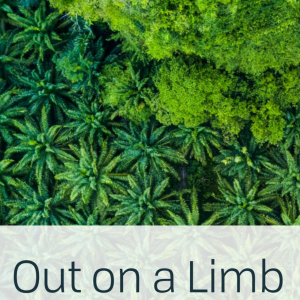 25 June 2019 | Deforestation and illegal agriculture still account for roughly 20 percent of all greenhouse gasses, leaving major producers of soy, beef, and other commodities exposed to regulatory and reputational risk as the Paris Agreement comes into force.

Nearly 500 global companies have committed to reducing their impact on forests, but when the Ceres Investor Network asked Forest Trends’ Supply Change to gauge their progress, it found that 44 percent of the 865 companies most associated with deforestation risk haven’t made any public commitments to reduce that risk, while only 72 of the 484 companies that have made commitments have pledged to do so by making zero/zero-net deforestation commitments.

Ceres folded the findings into an investor brief called “Out On a Limb: The State of Corporate No-Deforestation Commitments & Reporting Indicators that Count,” which argues that ever greater transparency will increase the risk associated with bad behavior as well as the rewards for good behavior, and tomorrow the report will be the subject of a webinar hosted by Siobhan Collins of Ceres and featuring Stephen Donofrio of Forest Trends and Jillian Gladstone of CDP.

You can register for the webinar here, and be sure to check back in the coming weeks for more coverage of the Accountability Framework.

You can also hear an interview with Jeff Milder, who is spearheading the Accountability Framework initiative on behalf of Rainforest Alliance. We sat down with him in the Dutch city of Utrecht, and the full interview is available on the Bionic Planet podcast. You can access it

Bionic Planet is available on all podcatchers, including iTunes, Radio Public, and Stitcher, or directly on this device here:

For a clear and simple explainer on the Accountability Framework, check out this video as well: