Regulators in the US state of Washington take longer to approve wetland mitigation banks than do regulators in other states – largely, they say, because they are more thorough and the terrain is complex. Mitigation bankers, however, say the cumbersome approval process is stifling the private-sector restoration of degraded wetlands. 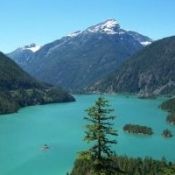 Regulators in the US state of Washington take longer to approve wetland mitigation banks than do regulators in other states – largely, they say, because they are more thorough and the terrain is complex. Mitigation bankers, however, say the cumbersome approval process is stifling the private-sector restoration of degraded wetlands.

Native grasses have gone to seed on a long, rolling field on the bank’s south end. The field is flanked by two dug-out channels that will fill with water in the winter and spring. As with most wetlands that once were disparaged as swamps before being drained, this farm’s restored wetlands provide flood protection and filter pollutants, and promote biodiversity – all valuable ecosystem services that the property’s developer, California-based Wildlands Inc., hopes to cash in on to finance restoration.

But the company has a long way to go to fully establish what it has dubbed the Nookachamps Wetland Mitigation Bank, after a nearby salmon-bearing creek. Among the grasses planted there spring patches of clover and thistle and unwanted species of grass that must be removed.

“We have zero tolerance for Japanese knotweed,” said Wildlands Assistant Conservation Planner Alexis Kowitz, pointing to invasive bamboo-like weeds during a recent tour of the mitigation bank at the north end of Mount Vernon. “That will be gone.”

Despite this and other assurances, Washington State responds by saying “prove it.”

Although the US Congress in 2008 named wetland banks over their competitors – developers and non-profit agencies called in-lieu fee providers – as the first line of defense against wetland loss, Washington State created financial and logistical hurdles that add years to the banking approval process and make mitigation bankers wary of working in the state. With local political whims that must be appeased, the process has become, for better or worse, notoriously more rigorous and time-consuming in Washington than other states.

“We always thought we were just around the corner, like a kid in a car asking ‘are we there yet?'” says Wildlands Director of Sales and Marketing Jeff Mathews.

“If we had known it would take us so many years to turn a profit on investment capital,” he adds, “we probably wouldn’t have done it.”

Wildlands has nearly two decades of experience establishing dozens of wetland banks throughout the country, particularly in California. It makes its profit by selling credits in wetlands it restores on the open market to private developers and public agencies whose construction projects impact other wetlands.

Credit demand stems from federal and state policies requiring “no net loss” of wetlands. If a developer cannot avoid destroying wetlands to complete a project or if the State Department of Transportation is going to pave over wetlands when it adds another lane to a highway they need to create wetlands somewhere else.

On the federal level, mitigation banking won the favor of the Environmental Protection Agency and the US Army Corps of Engineers. Washington State followed suit after officials became convinced that larger wetlands with performance requirements work better than one-off mitigation projects managed by a developer, sometimes on a forgotten corner of the development site.

The Nookachamps bank represents a multi-million-dollar investment for Wildlands.

“We’re going to make a little money on this site,” Mathews says, “but it’s going to be a little better than breaking even, barely.”

He wouldn’t discuss specific details of the company’s investment in the Nookachamps bank, but he offered some general information. Property acquisition alone cost the company roughly US$1 million. Most of the property, about 175 acres, was purchased in 2004 from a church for US$400,000 – a relative bargain, considering that Skagit County’s other mitigation banker, Clear Valley Environmental Farm, LLC, paid US$6 million for an 800-acre dairy farm that it wants to convert into a 396-acre bank.

A credit typically represents one restored wetland acre. For each credit sold, 45 to 55 percent of income goes to recoup the costs of property acquisition, bank design and construction; 10 to 15 percent goes to easements and other steps to secure the land from development; five to 10 percent goes to legal, permitting, and administrative costs; and five to 15 percent is profit.

Mitigation banking is strictly regulated by local, state, and federal governments, but the business of banking is not. The price of a mitigation credit follows the law of supply and demand, Mathews said.

Credits sold by Wildlands will cost about US$175,000 each, he says. Wildlands released 14 credits for sale in August.

“The pricing is such that it is competitive with the developer doing it themselves,” he adds. “It really, truly is from Econ 101 – supply and demand, and market forces that really tell us [the price].”

Market forces, however, did not hint at how long Washington State would take to approve wetland banks.

The state takes three times longer to grant permission to sell credits than the notably green and environmentally demanding state of California where Wildlands began. Wildlands typically goes from permit application to credit sales in two years in California, Mathews says. By his timeline, the process for the Nookachamps took seven years.

Washington State’s Department of Ecology Wetland Banking Policy Lead Lauren Driscoll disagrees with Mathews’ estimate of how long it took the state to approve Wildlands’ bank. Since Washington and Wildlands didn’t have a signed contract until September 2004, that is when he should have started counting, she says. Using the later date, it took the state four and a half years, not seven, to approve the Nookachamps bank.

Still, she acknowledges that mitigation bank approval takes longer in Washington than in other parts of the country.

And Wildlands is not the only bank left waiting. Another mitigation banking company called Skykomish Habitat, for example, worked to establish a mitigation bank near Monroe in southwest Washington. Although the company received approval in nine months for a Chicago-area bank and in 12 months for a bank in Texas, it took four and a half years of hurdles to get the Skykomish bank approved.

From the bank’s perspective, the Washington Department of Ecology is “so concerned about making a mistake that they don’t make any progress,” says Skykomish project manager Eric Gleason.

“I can say without a doubt,” he adds, “Washington State would be the last place on earth someone should be trying to do this.”

Another drag on the mitigation bank’s profits, Mathews says, is Washington’s long credit-release schedule. Once banks are approved, the state releases credits over 10 to 12 years, rather than the typical five- to seven-year release period to make sure the wetlands perform their required functions over a longer period of time.

Washington also asks mitigation bankers to put up more money than banks in other states to guarantee construction costs. And these costs can be significant.

Wildlands, for example, is paying for a party of experts while digging, drilling, and planting to expand 39 acres of existing wetlands into 241 acres of higher-quality wetlands. In addition to establishing local grasses in the low-lying areas, Wildlands will plant native alder, maple, dogwood, and cottonwood on higher ground.

Mathews says he thinks Washington isn’t as user-friendly for mitigation bankers as other states because its program is so new. After the first draft of its mitigation banking rule was written in 2000, state budget troubles delayed the launch of the banking pilot program until 2004. The state finally adopted its own wetland mitigation rule in September of this year. It is considered consistent with and builds upon national Mitigation Banking regulations that went into effect last summer.

State spokesperson Driscoll sees an advantage not only to the state’s late start but to its overall approach.

“We have higher standards than a lot of other states,” she says – adding that Washington also has more complex terrain than other states.

“The states that tend to get the banks done really fast, like down in the Southeast, those type of wetland systems are very homogeneous,” she says.

Mathews, from Wildlands, hopes the process will speed up over time, if the state experiences successful mitigation banks – and that, he says, should make it worth their while to tough it out now.

In 2002, when Wildlands first started pursuing construction of a mitigation bank in Washington, the proposition appeared to have a lot of upside. The country was about to emerge from a recession, and a development boom was on the horizon. The State Legislature was to pass a five-cent gasoline tax, which fueled road projects statewide, including in Skagit County.

With the prospect for development high in a rural part of the state that’s only 60 miles from Seattle, Wildlands figured it would sell out of credits as quickly as they became available.

“We were willing to do a speculative, entrepreneurial approach,” Mathews said.

In the intervening years, as Wildlands labored to acquire the necessary approvals, the economy experienced another boom… and then a bust. The downturn doesn’t discourage the Nookachamps bank’s proponents.

Always an optimist, Mathews says “we’re in a mode to build inventory so we’ll be ready to go for the next wave.”

Wildlands is building its client base primarily among public agencies, Mathews says, because private development such as shopping centers and housing subdivisions that require wetland compensation collapsed. Meanwhile, Wildlands and other wetland mitigation companies in Washington have not benefited from the federal economic stimulus package because projects requiring mitigation do not meet the federal “shovel-ready” criteria.

Nonetheless, Wildlands has 10 customers lined up already, including the State Department of Transportation (DOT). Two upcoming DOT projects in Skagit County will impact wetlands, and the department will purchase credits from a mitigation bank for both, says Kerry Ruth, DOT environmental program manager for Washington’s Northwest Region.

Moreover, transactions don’t need to be big. The federal government endorses mitigation banking because it creates large, ecologically strong wetlands instead of piecemeal parcels likely to fail. A private customer, then, who wants to put in a driveway near a neighboring property’s wetlands can purchase a fraction of a credit from Wildlands to offset the driveway’s impact.

Not for the Faint of Heart

Dan Mitzel, a Mount Vernon-based developer who partnered with Wildlands on the Nookachamps bank, says the economy suits the project because mitigation banks are a bargain compared to self-administered wetland mitigation projects.

“It puts more pressure on private individuals and agencies to use banks,” Mitzel said.

What concerns Wildlands more than the recession are regulatory obstacles.

“It’s a very complex process,” Mitzel says. “It’s not for the faint of heart.”

Ralph Schwartz is the weeklies and weekend editor at the Skagit Valley Herald in Mount Vernon, Wash. Previously, he was a reporter at the newspaper, covering wetland mitigation banking and other land-use issues as county-government reporter.