In a nod to the rising attention paid to the community and biodiversity outcomes of carbon offset projects, the Verified Carbon Standard, the leading carbon standard on the voluntary carbon market, assumed the day-to-day management of the Climate, Community and Biodiversity Standard today. Dozens of project developers already use the standards together, and the organizations aim to streamline the process. 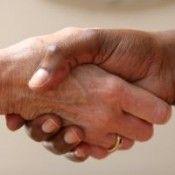 19 November 2014 | After a long courtship, the most popular carbon standard and the leading co-benefits standard on the voluntary carbon market have taken their relationship to the next level: The Verified Carbon Standard (VCS) will now manage the day-to-day operations of the Climate, Community and Biodiversity (CCB) Standards.

More than 70% of forest carbon offsets developed under VCS also pursued certification with CCB, according to Ecosystem Marketplace’s State of the Forest Carbon Markets 2014 report, to be released this week. For many buyers, the “beyond carbon benefits of these projects benefits such as job creation and endangered species protection are what piques their interest in carbon offsets in the first place.

Both standards emphasize that “project developers should expect no immediate changes, but that the new arrangement should increase efficiency and reduce transaction costs. Though the dozens of projects that pursue “VCS+CCB certification are already trying to sync up validation and verification schedules, the management of both standards by a single team may better harmonize this timing. If projects are able to use a single auditor that makes one trip to a project site, that could also result in cost savings.

There are already joint templates for project developers to use VCS and CCB in conjunction, but Antonioli notes that there may be opportunities to make the carbon and co-benefits requirements even more compatible. For instance, CCB uses a helpful checklist approach something VCS might consider in the future.

Before making any new moves, though, VCS plans to settle into its new workload. Since releasing the first edition of the CCB Standard in 2005, CCB now has 85 validated projects across 35 countries 23 of which have already achieved verification. Though many of these projects are already pursuing VCS as well, their processes have been separate until now. And there are some project developers that do not plan to monetize carbon offsets and so pursue CCB verification alone meaning the VCS team will be seeing some brand-new project documents cross their desks.

While the CCB Standards were developed specifically for land-based carbon projects and the majority of transacted CCB tonnes in 2013 were sourced from avoided deforestation (REDD), the transfer of management could open the possibility for CCB to be applied to new project types.

“We’re interested in exploring the way that CCB Standards can be used for a broader range of projects, though we’ve focused on land-based projects [to date], said Joanne Durbin, Director of the Climate, Community and Biodiversity Alliance (CCBA). “We’re excited about the opportunity to explore further ideas with VCS.

After handing off the management of CCB, representatives from the Alliance’s five member organizations CARE, Conservation International, The Nature Conservancy, the Rainforest Alliance and Wildlife Conservation Society will continue to offer guidance through a steering committee co-chaired by Durbin and VCS Sustainable Landscapes Director Toby Janson-Smith.

This will free them up to focus on the broader vision of the CCBA, including the REDD+ Social and Environmental Safeguards currently being used in 13 countries participating in the United Nations REDD Programme. These safeguards are creating the “enabling conditions for REDD to move forward through 2020 the deadline to implement an international climate agreement and to facilitate financing in the meantime.

“Standards and safeguards are so important because they build confidence in the results, and we’re really talking about results-based payments,said Durbin.