Some countries are using emission reduction titles to support forest conservation, but what are they, and how do countries regulate their ownership and transaction under REDD+? Here’s How Zambia, Mexico, Chile, and Ivory Coast are doing it. 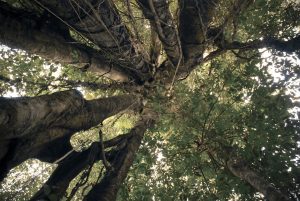 1 June 2020 | If there was any doubt that we could meet the climate challenge without saving forests, the Intergovernmental Panel on Climate Change (IPCC) put that to rest in last year’s Special Report on Climate Change and Land (SRCCL). Fortunately, the Paris Climate Agreement contains provisions to promote policy approaches and positive incentives for activities under a mechanism known as REDD+ (or sometimes “REDD-plus”) according to UNFCCC, which stands for “reducing emissions from deforestation and forest degradation, plus the role of conservation, sustainable management of forests, and enhancement of forest carbon stocks.”

REDD+ makes it possible to support developing countries for their efforts to protect forests and to mitigation efforts – through fund-based payments, carbon market payments, or a combination of these. (For details, see our ongoing series “Shades of REDD+.”)

For these payments made, a series of thorny legal questions must first be answered. Who, for example, can claim credit for the carbon benefit delivered? Should an entitlement to payment depend on the so-called “ownership of emissions reduction (ER)”? And what are those ER rights and how can they be transferred?

For purposes of this discussion, forest carbon rights are defined by legislative and contractual arrangements to allow the recognition of separate benefits arising from the storage of carbon in the forests, or associated emission reductions and carbon removals. They can be linked to tenure ownership rights or some kind of control on the land and trees – or they can be considered as a separate interest on the land.

An emission reduction (ER) is a broad term for recognized reductions in greenhouse gas emissions (GHG). If the ER is certified and registered under a recognized carbon standard or under an MRV process agreed at multilateral or bilateral level, it can be traded or used either for countries’ NDC accounting or for offsetting purposes.

Depending on the national context, carbon rights and ER titles might be interchangeable, but this is not always the case.

All of these questions raise a number of legal issues, including how to define and allocate ER rights in order to transfer emissions reduction titles or receive payments linked to REDD+ programmes. If these legal issues aren’t addressed, then ownership can be unclear, and international donors are leery of financing programs or projects in areas where ownership is unclear and there is a risk of claims by third parties.

Here’s how five countries – Zambia, Mexico, Chile, Costa Rica, and Ivory Coast – are aiming to define carbon rights and to sell emission reductions or receive results-based payments in the context or supported by the UN-REDD Programme.

The UN’s Food and Agriculture Organization (FAO) is currently reviewing country experiences surrounding approaches to REDD+ and how private-sector projects can be nested in national efforts. In addition to forest monitoring and benefit sharing, the review also focuses on these legal issues.

The full FAO analysis on REDD+ nesting will become available during summer 2020 and the authors will be glad to hear from interested experts, receive their inputs through peer review and also make the FAO analysis available to them.

In Ivory Coast, women and youths are included among those who participate in the country’s REDD+ benefit-sharing plan, which is currently under development. This inclusion is independent of whether they own land, although their participation in emission-reduction activities is evolving.

As the country is advancing in developing a benefit sharing plan to implement REDD+, it has become relevant to clarify who owns emission reductions and refine eligibility criteria and modalities of distribution for benefiting from REDD+ results-based payments. Vulnerable groups are also considered as beneficiaries, despite the fact that they are not always right holders, while the private sector is being actively consulted by the government in order to meet its concerns.

Devolvement and Transfers of Emission Reductions in Zambia

Ownership of carbon rights may be transferred to other actors if regulation is available. In Zambia, for example, all “forest produce” is owned by the government, which can devolve ownership to community forest management groups. These groups can transfer ERs to third parties and be compensated for their efforts in implementing REDD+. Third parties potentially include implementers of carbon projects who invested in REDD+ projects or donors paying for results-based payments.

Here, two pieces of legislation are important: the Forest Act of 2015 and the Community Forest Management Regulation of 2018.

The Forest Act of 2015 regulates national forests, local forests and community forests among others, providing some elements to determine who owns carbon. Under this act, the government owns all the trees in the country’s forests as well as all forest produce until they are transferred to others. “Carbon” is considered forest produce. The Act also describes community forest management groups that can own forest user rights, potentially including carbon, through community forestry agreements.

The Community Forest Management Regulation of 2018 explains that community forest management groups can transfer their rights and responsibilities, including carbon rights, to third parties. For doing this, community forestry management agreements are to be used that require approval by the Director of the Forestry Department.

Ownership in Carbon Stocks and Emission Reductions in Mexico

In Mexico a review of who owns emission reductions was undertaken in the context of the UN-REDD Programme. This review and several other reviews helped to better understand the context, while proposing some legal options.

According to the REDD+ National Strategy (ENAREDD+ 2017-2030), which was developed under the umbrella  of the National Forestry Commission of Mexico (CONAFOR, or Comisión Nacional Forestal), ownership of emission reductions needs to be neatly distinguished from ownership in carbon stocks. Forest owners own carbon stocks and they can trade it in the context of the voluntary markets or regulated schemes. In particular, Mexico has recently launched a 3-year pilot phase of its ETS which is expected to recognize the use of forest offsets to support participants to achieve their emission reduction targets.

The situation differs with regards to avoided emissions from deforestation which is considered illegal in Mexico. Since counterfactual measurement of avoided deforestation could not be tied to a specific plot of land, rights could not be awarded to specific landholders, whether they are smallholders, communities or ejidos (a Mexican system of communal land tenure). Rather,  CONAFOR, which is in charge to implement REDD+ policies and measures at country level, is proposed to administer emission reduction titles in the context of REDD+ results-based payments received for implementing  ENAREDD+.

In parallel, CONAFOR has also dedicated much effort to defining arrangements for sharing the benefits from results-based payments and/or selling emission.  reductions. A benefit-sharing distribution plan, still under development, establishes criteria to reward those who contribute to reducing emissions, including people with and without tenure rights.

Problems can arise when projects are generating ERs at the same time governments are trying to access results-based finance from international based-programs to avoid double payments before getting paid for mitigation results, forest country governments are required to subtract credits sold by projects from their estimated jurisdictional performance.  In some cases, once a government subtracts project credits, there is nothing left for the government to claim—reducing the “incentive” for government action.

In Chile’s approach, emission reductions are the result of a set of policies and incentives that aim to stop the activities of degradation and deforestation. As national assets, according to the Constitution, they belong to the Nation. In the context of Chile’s proposal to the GCF they will be administered by the National Forestry Commission (CONAF).

In Costa Rica, emissions reductions from avoided deforestation and regeneration of degraded forests are realized by forest owners, whether natural or legal persons.

The National Forest Financing  Fund (FONAFIFO) is authorized by Forest Law 7575 (articles 46 and 47), as well as its Regulation, Executive Decrees 25721-MINAE and 40464-MINAE to enter into agreements for the sale and purchase of ERs generated by forests through the ER Program. FONAFIFO can sell ERs provided it holds a contract that allows it to claim the emission reduction title from the primary owner, public or private.

In conclusion, more clarity is needed on who has the rights to transfer ER titles and/or claim for payments related to certified emission reductions and how to transact them. Transparency and equity should guide the distribution of REDD+ benefits among the actors who contributed in generating REDD+ results-based payments. The above explains that greater clarity is a precondition for countries accessing REDD+ results-based payments. Moreover, a stable enabling environment will afford appropriate forms of legal protection to contracting parties and thus stimulate private-sector investments in REDD+, while protecting vulnerable groups.

The FAO’s REDD+ legal team is supporting some REDD+ countries in clarifying legal matters to implement REDD+ result-based actions; some of which are mentioned in this blog. We expect that countries will make more progress in this topic in the years to come.

Francesca Felicani Robles works for FAO as forestry officer, specialized on REDD+ legal Issues. She has 14 years of experience with FAO in assisting developing countries in forest law development processes. She can be reached at [email protected]

Till Neeff is an independent expert on climate change and land use. He advises firms and governments on climate change mitigation, carbon markets and sustainable value chains. He can be reached at [email protected]

Photo by John Bevan from FreeImages