The COVID-19 pandemic has pushed year-end climate talks back to late 2021, but the UN’s Climate Ambition Alliance is using the extra year to promote a “Race to Zero” emissions designed to ensure the post-pandemic economic recovery is a green one. 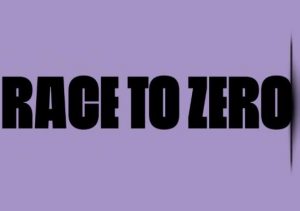 5 June 2020 | With the 26th Conference of the Parties (COP26) to the United Nations Framework Convention on Climate Change (UNFCCC) pushed back a full year – to November, 2021 – the UNFCCC’s Climate Ambition Alliance has launched a global campaign called “Race to Zero” that encourages countries, companies, and other entities to deliver structured net-zero greenhouse-gas emission pledges by the time the talks begin.

Launched via global webinar today, the campaign aims to codify commitments made via the Climate Ambition Alliance (CAA), which launched ahead of last year’s COP25 in Madrid. The CAA currently includes 120 nations, 996 businesses, 458 cities, 24 regions, 505 universities and 36 investment groups that have committed to achieving zero net greenhouse gas emissions by 2050. Signatories are responsible for 23 percent of current greenhouse-gas emissions worldwide and 53 percent of global GDP, according to the Energy and Climate Intelligence Unit.

“Race to Zero” is intended to be an umbrella campaign for coordinating commitments made under existing initiatives (listed below) by providing comparability and establishing criteria for best practices.

What Are the Criteria?

The minimum criteria for establishing a recognized pledge were developed through dialogues coordinated by Oxford University and published here. Although pledges must include a clear net-zero target date no later than 2050, they must also begin immediately and include interim targets.

Much like the Paris Agreement itself, the criteria are designed to strengthen over time, but they begin at a level that reflects current best practices. They must, for example, cover all emissions, including measurable indirect emissions associated with the entity’s activities. For companies, this includes “Scope 3 emissions,” which are upstream and downstream emissions generated in a company’s value chain. For cities and regions, this includes all emissions within the territory.

What is the Role of Offsetting?

Offsets are emission-reductions generated outside a company’s own operations, and they are used in both compliance programs to meet mandated emission caps (“cap and trade”) and in voluntary programs to reduce a company’s overall impact (voluntary carbon markets).

Demand for voluntary carbon offsets hit a seven-year high in 2018 as companies moved to implement voluntary net-zero targets, according to Ecosystem  Marketplace’s 2019 State of Voluntary Carbon Markets report. Volume for 2019 likely achieved a record high, and anecdotal evidence indicates that demand remains surprisingly resilient in the wake of the COVID-19 pandemic.

The criteria do not define a role for using carbon offsets in achieving net-zero targets, but instead acknowledge the global debate as it currently stands.

The Race to Zero criteria emphasize that if offsets are ultimately recognized, they must only be used to to neutralize residual emissions that can’t be eliminated internally – at least not immediately – and recognizes the current divide between organizations like the Environmental Defense Fund (EDF) and the World Business Council on Sustainable Development (WBCSD), which emphasize the use of high-quality offsets generated under recognized standards to accelerate overall reductions, and organizations like the Science-Based Targets initiative (SBTi), which has been reluctant to endorse offsetting to meet net-zero targets.

Oxford published a mapping of criteria designed to summarize the views of organizations that participated in dialogues held over the past two months, and the summary reveals positions common to anyone who has been following climate negotiations over the past decade.

“Several respondents suggest more specific conditions, arguing that, to the extent offsetting is incorporated, it should be reserved for hard-to-abate sectors (Carbon Trust), not exceed 10% of baseline emissions (Exponential Roadmap), or be focused on nature-based solutions within the same jurisdiction (Local Governments for Sustainability),” it says. “Furthermore, a number of responders made clear that they see a qualitative difference between avoided emissions and removals (University of New South Wales, the Union of Concerned Scientists, WBCSD) and suggested that targets should be divided to specify emissions reductions and removals separately (World Resources Institute, Carbone 4).”

Which Existing Networks are Included So Far?