Mitigation banking is built on the premise of “no net loss”, which means people who damage nature must fix what they break, usually with the aim of improving more degraded nature than they damage. Ecologist David Hill, however, has turned net gain into a bare minimum rather than an extra. Will it catch on across the UK? 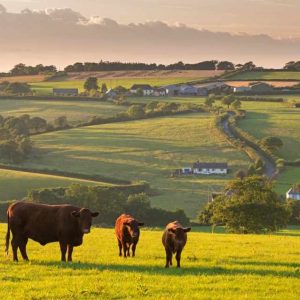 20 February 2019 | Back in 2009, I introduced the concept of mitigation banking to the UK, having set up the Environment Bank as a mechanism to pursue a new model for delivering biodiversity compensation for impacts caused by development. Having spent many years designing mitigation schemes for developers only to realize that neither the planning system nor the developer minded to ensure that mitigation worked, I decided there must be a better way.

In 2011 the then Conservative Government introduced the idea I’d been lobbying for, in a White Paper on the Environment and set up a small number of pilots. The Ecosystem Markets Taskforce set up by the UK Government subsequently reviewed how the value of nature could be mainstreamed into business decisions and recommended biodiversity offsetting as the number one area for policy development. This meant making it a requirement of the planning system for developers to take account of biodiversity and offset impacts that couldn’t be accommodated on the development site.

The idea of offsetting biodiversity impacts was seized upon by the conservation non-governmental organizations.  Every possible means of stopping the initiative was brought to bear because it was perceived, wrongly, that this would perpetuate a license to trash sites of biodiversity value.  This, despite the fact that we have lost over 60 percent of our biodiversity in the past five decades, largely through industrial farming although land loss through development has also played a significant part in biodiversity decline. Government undertook a financial impact assessment of introducing mandatory biodiversity offsetting and decided that it could be a cost burden on development and so the idea was canned at that time.

However, the work of The Economics of Ecosystems and Biodiversity research, the government’s own Natural Capital Committee, and countless international studies including the OECD, have now shown that the issue is not that we can’t afford to protect and restore biodiversity, but that we can’t afford not to. We need to make nature economically visible.

Over the past five years, however, the concept of biodiversity offsetting has been renamed ‘biodiversity net gain’ whereby development may soon have to, as a matter of law, deliver net gain and not just ‘no net loss’. The Government has recently put out to consultation the recommendation that biodiversity net gain should be mandated which means that all planning authorities would be required to ensure that all development provides a gain, otherwise the planning application will be refused.

Clearly, as we have been saying for many years, it is essential for the regime to be mandated in order to provide clarity, certainty and a level playing field for developers, and to provide the extent of resources necessary to make a transformational change to our countryside and the wildlife it supports.  Unless the planning authorities are mandated to require development to provide biodiversity net gain, it will remain a voluntary initiative that will perpetuate inconsistency across the country, will fail to secure third party investment to set up ‘habitat banks’ as the most cost-effective means of providing gains for nature, and biodiversity will continue to decline. So the planning authorities are the key to making it a success.

Recent meetings between government ministers and officials, conservation bodies, statutory conservation agencies, and the development industry, have been extremely positive, with developers requesting that a mandatory system be introduced because of the clarity this provides for them in planning and funding their developments.

In terms of Environment Bank’s current role, we have moved from lobbying for the initiative to be mainstreamed within the planning system because we think we have now won that argument, and instead have been concentrating on building the end-to-end pipeline of delivery.

Our contractual agreements on the one hand bind the offset provider to deliver the conservation gains, often at scale, and on the other bind the developer to purchase credits thereby discharging their net gain liabilities cost-effectively. We now have about 77 planning authorities in 34 counties of England engaged in the work to varying extents. This is, however, just one fifth of the planning authorities in England which reinforces the importance of having a mandatory system so that all authorities are required to deliver their responsibilities.

We believe that the future of offsetting and net gain will be delivered via habitat banks set up under contract by us with farmers, landowners and other land managers that will fund habitat creation and restoration at scale. Although the conservation NGO’s and in many cases, planning authorities, have become wedded to the idea that as much of the biodiversity gain should be delivered within the development site, we have calculated that by far the most cost-effective delivery is through the creation and restoration of new areas outside the development site, on land termed habitat banks. This is because a) the use of developable land for providing biodiversity gain is hugely costly (high land values and reduced developable area significantly reduces revenue), b) planting and landscaping within an active development site such as a housing estate provides very limited opportunity for real biodiversity gain.

Developers are therefore highly likely to ‘offsite’ the net gain requirement because of these cost issues coupled with the desire to avoid long-term liabilities for biodiversity conservation within their development site. In which case they will need options for delivery and this is where habitat banks become the most useful solution. We are now looking to set up a series of strategically placed habitat banks of 40-100ha in size that will service the demand for conservation credits from the development industry, providing clarity, certainty, a level playing field, fixed cost exposure and removal of liabilities for developers, whilst delivering much better biodiversity conservation and a revenue stream for habitat bank providers.

In terms of a market, it has been estimated by a range of studies that biodiversity net gain delivered offsite is worth in the order of £700m – £1.2bn per annum. Whilst this represents a tiny fraction of the value of the development sector, it represents a significant opportunity for biodiversity conservation in the UK, being three times the amount available to farmers through Government-funded agri-environment schemes. We have the opportunity to transform our countryside and our wildlife populations at no cost to the tax payer. What a great legacy that would be.

Professor David Hill, CBE DPhil(Oxon), is Chairman and Founder  of The Environment Bank Ltd. He can be reached at [email protected]