Shareholders are gradually demanding more corporate disclosure on climate risk, and which Mike Bloomberg’s Task Force on Climate-Related Financial Disclosures says is the greatest threat to financial stability. Now the Wilderness Society is demanding that same transparency from the US Department of Interior, which overseas federal public lands, and where, the Society says, oil and gas companies are generating 20 percent of US emissions. 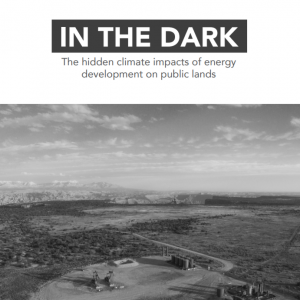 “Our analysis finds that emissions associated with federal lands energy development need to be reduced from 1.52 billion tons carbon dioxide equivalent (CO2e) per year to between 1.16 billion and 1.13 billion tons CO2e per year by 2025 to be in-line with economy-wide reductions needed to meet that goal [of keeping global temperatures below the Paris Agreement target],” the authors write. “Our analysis concludes that CO2e emissions from federal lands is on pace to exceed these targets by roughly 300 million tons or 25 percent.”

The report points to growing calls for publicly-traded companies to disclose their climate risk exposure, and urges the US Department of the Interior to do the same.

“Studies have estimated the value of capital assets at risk of climate regulation or physical impacts could range from $4.2 trillion to $4.3 trillion by 2100,” they write. “A lack of adequate information regarding these risks can lead to the mispricing of assets, misallocation of capital and financial instability. Just as shareholders receive key information regarding financial risk to their portfolios, taxpayers deserve to know how their energy assets are being managed and have a say in the direction of the federal energy program moving forward.” 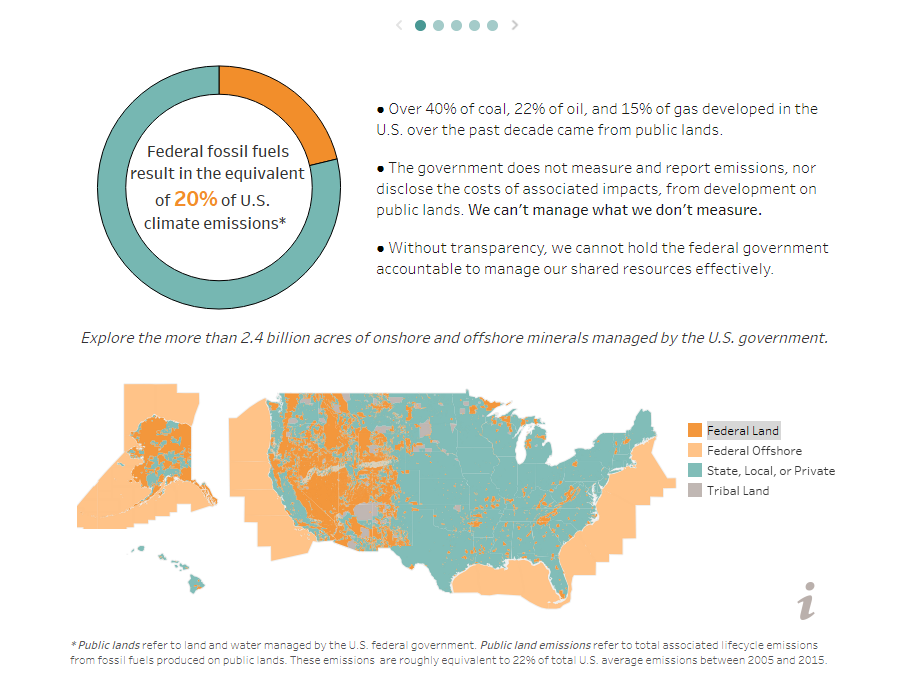