We can’t fix the climate mess without involving the private sector – but what is the private sector, and how does it think? It’s massive and diverse, says environmental economist Mark Trexler, who nonetheless proposes six frames of thought that guide the thinking of most business on the subject of climate change. 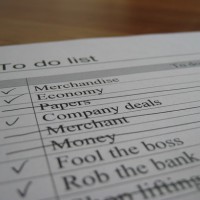 Of course there is no more a single business view of climate change than there is a single public view of climate change. The Yale Project on Climate Communications has identified and now tracks six distinct subsets of the American public and their climate beliefs, ranging from “alarmed” to “dismissive.” Knowing which of these “Six Americas” an individual belongs to tells you something about the kinds of communication strategies that are likely to be most effective for that person. Unfortunately, there is no equivalent mental model for how business decision-makers think about climate change. That makes it difficult to assess the direction of the “business and climate change” conversation. It’s also a challenge to determine what impacts business initiatives and commitments will likely have on climate outcomes.

A simple typology of private-sector climate change thinking is illustrated below:

How are business decision-makers distributed across these “Six Business Americas?” Is that distribution shifting significantly? A simple reading of the business climate literature in the lead-up to the December 2015 Conference of the Parties in Paris could easily lead one to believe that Business Americas #3 and #4 have shrunk dramatically in favor of explosive growth in Business America #6. But is that really true, and what would explain the shift?

Mark Trexler has more than 30 years of experience in the environmental and energy fields, and he helped develop the world’s first carbon offset project, the CARE Agroforestry Project in Guatemala, while with the World Resources Institute in 1988. He went on to direct EcoSecurities’ Global Consulting Services Group from 2007-2009, and today runs the Climatographers – a think tank dedicated to climate-change communication. He can be reached at [email protected].