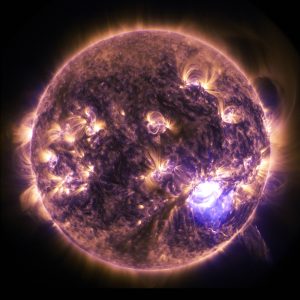 10 October 2017 | US Environmental Protection Agency boss Scott Pruitt is set to withdraw from the Obama era’s Clean Power Plan today, and he says it’s because the plan is an expensive, unfair, and unprecedented intrusion by government into energy markets.

The Power Plan, which slashes greenhouse-gas emission from the energy sector to a level 32 percent below 2005 levels by 2030, is actually cost-effective, fair, and backed by plenty of precedent. Killing it will further isolate the United States as the rest of the world pulls together to tackle the existential challenge of climate change.

In fact, if anyone is intruding into markets, it’s Rick Perry, Pruitt’s cohort over in the Department of Energy, who’s trying to give the heavily-subsidized coal and nuclear sectors an unfair (and unwise) advantage over both renewables and natural gas. Here’s a quick summary:

The Mythical “War on Coal”

When Pruitt pre-sold his decision on Monday, he framed it as a message from President Trump.

“Here’s the president’s message,” he told people in Hazard, Kentucky, “The war on coal is over.”

The Department of Energy’s own research, however, shows that cheap natural gas did more to wean us off of coal than did the Clean Power Plan, while the Obama administration and the Clinton campaign both proposed supporting the people of coal country with distributed solar initiatives financed in part through carbon finance.

The EPA’s own analysis says the Clean Power Plan will cost between between $5.1 and $8.4 billion per year to implement, but will generate between $32 and $54 billion in annual health and environmental benefits. At worst, that’s a 3:1 return, but it’s probably much higher. New analysis shows that, with the lower cost of both solar energy and natural gas, the Power Plan’s costs are even lower than the Obama administration projected.

Beyond energy, there’s the Trump administration’s non-existent infrastructure plan, which is failing to materialize even as the rest of the world is developing “green” (as opposed to “gray”) infrastructure by fixing floodplains, restoring mangroves, and taking other measures to make their ecosystems more resilient.

Ecosystem Marketplace research shows that countries invested nearly $25 billion in green infrastructure initiatives in 2015, and that impact investors have put more than $8.2 billion into programs designed to make money by promoting sustainable land use.

It’s a growing sector that the United States, ironically, pioneered: its restoration sector, which directly employs 126,000 people and supports 95,000 other jobs – mostly in small businesses. That’s more jobs than logging, more than coal mining, and more than iron and steel, as you can see here:

Pruitt claims the Clean Power Plan is unprecedented and illegal, but no court has ruled on this because US Court of Appeals for the District of Columbia Circuit has delayed ruling on a challenge because of its impending shelving. Meanwhile, attorneys general from Democratic states argue that the EPA cannot scrap the plan until a viable replacement is in place, citing a 2007 Supreme Court ruling that the EPA is legally obligated to regulate greenhouse gasses.

On top of this, Richard Revesz, Dean Emeritus at New York University School of Law, points out that the Clean Power Plan is consistent with decades of Clean Air Act practices under presidents of both parties.

“By seeking to repeal the Clean Power Plan – especially without any credible commitment to replacing it – the Trump Administration’s campaign of climate change denial continues, once again putting industry special interests ahead of New Yorkers’ and all Americans’ safety, health, and the environment,” he said on Monday.

And then there’s Rick Perry’s effort to give the coal and nuclear sectors a leg-up on clean energy, ostensibly to make the energy grids more “resilient” in the face of increased natural disasters, brought on by the climate change that he denies is being caused by man.

David Roberts at Vox dissected that sleight of hand, but the gist is that Perry wants to support providers who have long-term supplies of fuel in storage – a requirement that provides no increase in resiliency, but that gives a clear advantage to the dirty old sectors at the expense of the clean new ones.

Ironically, if he wants to build a resilient energy grid, he’d keep an eye on what Elon Musk and Puerto Rico Governor Ricardo Rossello are up to. They look to be building a 21st-Century distributed solar energy system instead of an old-fashioned grid.  Now, that’s resiliency!