We talk a lot about the “green economy”, but what exactly does that mean? The Green Economy Coalition defines it as “an economy that provides prosperity for all within the ecological limits of the planet”, and it has provided this handy primer that breaks it into five broad themes. 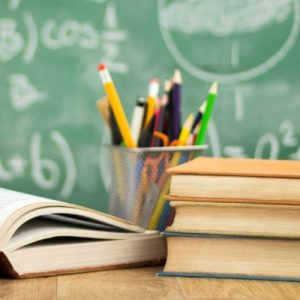 2 October 2017 | With our ecosystems, our climate, and our societies all straining to cope with the economic pressures of the 21st century, the need for green economies is more urgent that ever before. This primer charts the journey and latest thinking on what green economy means in 2017 – with lots of handy links if you’re interested in learning more.

So, what is a ‘green economy’ anyway?

Green economy as a concept has been around for almost 30 years and – unsurprisingly – you’ll find many views, and many definitions of what exactly it is. In 2012, the UN counted at least 8 main definitions (check out their Appendix 1).

At the Green Economy Coalition (GEC) we think that “A green economy is an economy that provides prosperity for all within the ecological limits of the planet”.

Right, but what does that mean?

Good question. To get your head around green economy it’s easiest to break it down into component parts. Here at the GEC, we think about green economy in terms of 5 broad themes.

Potentially. The UN has indeed argued that the lack of a clear, internationally agreed-upon definition of green economy may have held back progress on building sustainable economies around the world. That’s a genuine concern, but it is also worth recognising that green economy – like any economy – will always be defined in practice by local and national contexts.

That there is no single agreed definition of, say, which sectors are in or out of scope just reflects the fact that building sustainable economies is so all-encompassing a task that there will be as many kinds of green economies as there are national economies. We think what matters is the common objective – genuine prosperity, broadly shared, within ecological limits.

Ok, but can’t that mean green economy is just ‘greenwashing’ and ‘commodifying’ of nature?

Right, some people do think that. And it’s well worth engaging with and understanding their perspectives because they’re providing critical insight which can help to shape the transition for the better.

Green economy is sometimes accused of being a narrow approach that replicates the environmental, social and economic failings of the brown economy – only with a shiny ‘green growth’ veneer of renewable energy and cleantech added on top. There is some evidence that technocratic green policies aren’t delivering change or getting at the polluting heart of the economy. Green economy needs to face up to these failings and recognise the need for debate on what green economic reform should look like.

But at the same time its also possible to conceive of a broader vision of green economy. One that looks at all sides of the issue and considers the ups and the downs of the exciting, confounding, inspiring transition that is already rewiring economies around the world from the ground up. And in particular, a vision that considers the perspectives of the poorest, excluded communities and most marginalised voices – including those Trump-voting coal-country refugees from economies past.

“A broader vision of green economy – one that considers the ups and the downs of the exciting, confounding, inspiring transition that is already rewiring economies around the world from the ground up.”

Fair enough, any chance of that kind of green economy taking off though?

Actually, yes. As of 2017 there is increasing recognition that the green economy transition actually needs to engage people and be about people. The idea of inclusive green economy – which goes beyond sectoral plans and investment strategies – is increasingly mainstream. New strategies are emerging to ensure that remote, technocratic green economy can be replaced by nationally and community defined green economies. Green economy, an apparent orphan of environmentalism and economics, is starting to find a home as a social movement that can motivate voters, consumers and citizens to demand change. The GEC is hoping to be at the heart of this and is working with partners around the world to explore and expand new green economies.

Say I want to know more. Who should I be reading on green economy?

For green business (with a UK slant), James Murray of Business Green is essential reading. For sustainable finance, definitely check out Nick Robins of the UNEP Inquiry into a Sustainable Financial System. For sustainable development, you should look no further than leading economist Jeffrey Sachs. For green economics, Kate Raworth provides excellent, accessible insights and Tim Jackson of CUSP makes the clearest case for moving beyond growth. As a policy knowledge bank for the wonks and practitioners , Green Growth Knowledge Platform is an essential resource, while activists might want to check out the Club of Rome’s radical proposals on Reinventing Prosperity. In the US, Green For All are speaking up for green and fair, and we hope you’ll keep reading the Green Economy Coalition’s coverage of green economy from all around the world. And, of course, it’s always worth following green economy hype-man Elon Musk – mostly just to see what he’ll do next…

Chris Hopkins is a Project Officer with the Green Economy Coalition, a global network of more than 50 organisations from around the world representing a range of sectors, NGOs, businesses, research institutes, UN organisations and trade unions.

One thought on “The Green Economy: A Primer”