The US Environmental Protection Agency is legally obligated to protect the country from climate change, and a coalition of Democratic attorneys general says EPA boss Scott Pruitt not only violated his promise to recuse himself from matters involving the Clean Power Plan, but provided “legally incorrect” advice to governors when he told them to ignore its deadlines. 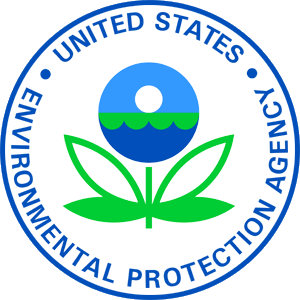 31 August 2017 | While news was breaking that New York Attorney General Eric Schneiderman was supporting Robert Mueller’s investigation into President Donald Trump’s campaign, a coalition of 20 Democratic state and regional attorneys general led by Schneiderman was sending a letter to EPA Acting General Counsel Kevin Minoli reiterating their contention that EPA Administrator Scott Pruitt not only broke his promise to recuse himself from activities involving the Obama administration’s Clean Power Plan, but that Pruitt offered “legally incorrect” and possibly distortive advice to state governors when he told them they could ignore the plan’s deadlines.

The Clean Power Plan limits greenhouse gas emissions from power plants, but it’s been on hold since February 2016, when 27 states, most of which are led by Republicans, challenged it in court. The case is slated for review by US Court of Appeals for the District of Columbia Circuit, but the court has delayed issuing a ruling because current President Donald Trump signed an executive order to scuttle the plan.

The attorney generals argue that the EPA cannot scrap the plan until a viable replacement is in place, citing a 2007 Supreme Court ruling that the EPA is legally obligated to regulate greenhouse gasses.

In March, Pruitt sent unsolicited letters to the Governors of 47 states claiming that because the plan is being challenged, its deadlines don’t apply. The attorneys general argue that such statements prejudice the outcome, and they also lambasted Pruitt for violating his promise to recuse himself from matters related to the Clean Power Plan, which he actively opposed while serving as the Attorney General for the State of Oklahoma.

“Until and unless EPA lawfully replaces the Clean Power Plan, it remains the law of the land, despite the current stay of its compliance deadlines,” the attorneys general wrote last night. “Because the letters are both premature and legally incorrect, and also improper in light of Mr. Pruitt’s agreement to recuse himself from litigation over the Clean Power Plan, EPA should retract the letters.”

“The facts are clear: the EPA has a legal obligation to limit carbon pollution from its largest source: fossil-fueled power plants,” said Schneiderman. “So if President Trump wants to repeal the Clean Power Plan, he must replace it…Scott Pruitt cannot simply wish away the facts by giving Governors bad legal advice.”