Conservationists have roundly slammed most of US President-Elect Donald Trump’s cabinet nominees, but the nod to Ryan Zinke for Secretary of Interior is something of a mixed bag. Some working in species conservation are focusing on the economic benefits derived from ecosystem markets in order to promote securing a proper balance between ecosystems and the environment. 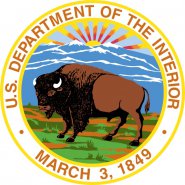 19 December 2016 | Some people in the environmental community aren’t sure what to make of Ryan Zinke, US President-Elect Donald Trump’s pick to head the Department of Interior, which oversees hundreds of millions of acres of property through the Bureau of Land Management and the National Park Service, among other agencies, and manages wildlife and endangered species through the Fish and Wildlife Service.

On one hand, he is an outdoors enthusiast from Montana strongly opposed to the sale of public lands and strongly in-favor of the Land and Water Conservation Fund. On the other hand, Zinke, Montana’s only congressman and a former Navy SEAL commander, is a staunch advocate for extractive energy activities, throwing his support behind expanding oil and gas operations on federal lands.

“President-elect Trump’s nomination of Rep. Ryan Zinke as Secretary of the Interior adds to the troubling imbalance of a cabinet that is skewed toward fossil fuel interests,” Fred Krupp, President of the Environmental Defense Fund, said in a statement. “My colleagues and I are concerned about several aspects of Rep. Zinke’s record, particularly his support for aggressive oil, gas and coal extraction on federal lands and his opposition to a sensible rule to reduce natural gas waste.”

For Eric Holst, the Associate Vice President of Working Lands at the EDF, federal land management is all about striking the right balance between environmental protection and economic prosperity.

“If President-elect Trump plans to open federal lands to more oil and gas drilling while also protecting wild places for hunters and anglers, he will need an Interior Secretary that’s equipped with a robust mitigation plan,” Holst wrote in a blog post.

And mitigation planning, which essentially ensures that adverse and unavoidable impacts to biodiversity are offset elsewhere to ensure a no net loss of wildlife, doesn’t have to be a burden on the economy, Holst added. “In fact, it can be a big boost.”

He notes the market opportunity mitigation creates through such mechanisms as conservation banking and – EDF’s brainchild – habitat exchanges. Indeed, recent research valued biodiversity markets along with those for water and carbon at USD 100 billion. And a 2015 study revealed that ecological restoration, under which mitigation falls, is a $25 billion industry.

“In the last eight years, the number of conservation tools available to manage our air, water and wildlife has increased twofold. Among them are some innovative approaches that deploy the markets to drive the most impact on the ground for each dollar invested,” Holst wrote, adding that these tools often operate in tandem with working lands.

“The economy can grow and the environment can be protected,” says Wayne White, a longtime participant in the mitigation banking industry and a former President of the National Mitigation Banking Association. “They can co-exist.”

It’s impossible to say at this point whether Zinke will adopt the approach to land-use that White and Holst are pushing for, and environmental groups have been considering his track record to determine what a Zinke-led DOI would look like.

For businesspeople working in outdoors recreation, hunters and anglers and those selling gear, some say Zinke is the best possible outcome under a Trump administration.

“He’s shown courage and commitment to public lands and conservation and is someone we think would be an excellent secretary of Interior,” said Whit Fosburgh, the President of the Theodore Roosevelt Conservation Partnership.

Not everyone agrees, and some green groups are calling him a champion of coal.

“A Secretary of the Interior should defend our natural heritage, not the fossil fuel industry,” Friends of the Earth Climate Campaigner Marissa Knodel said in a statement. “Representative Zinke and Donald Trump are determined to turn our public lands and waters into energy sacrifice zones. Zinke denies climate change science, and champions increasing fossil fuel development for corporate profits over the health and safety of people and the planet.”

A statement from the League of Conservation Voters said something similar.

“Trump is sending yet another message to Big Polluters that their profits will come first on our public lands,” said Gene Karpinski, League of Conservation Voters President. “He is a climate denier who supports drilling in the Arctic and continuing outrageous subsidies for dirty energy development on public lands – positions that align with the oil and gas companies that have spent nearly $350,000 on his campaigns.”

In a 2014 Billings Gazette article, Zinke said, “climate change is not a hoax, but it’s not proven science either. You don’t dismantle America’s power and energy on a maybe. We need to be energy independent first. We need to do it better, which we can, but it is not a settled science.”

“Rep. Zinke has promised to ‘faithfully uphold’ President Theodore Roosevelt’s vision of public lands managed for the benefit and enjoyment of all Americans as well as generations to come,” Krupp said. “The next Interior Secretary needs to understand that our public lands are at risk from unchecked climate change and that fossil fuel extraction on these lands contributes to the problem.”