For decades, the federal government has protected wetlands and tributaries that flow into rivers, streams, and lakes of the United States. Now President Donald Trump and EPA Administrator Andrew Wheeler have proposed a new rule that would leave more than half the country’s wetlands a chunk of its intermittent streams unprotected. Public commenting ends April 15. 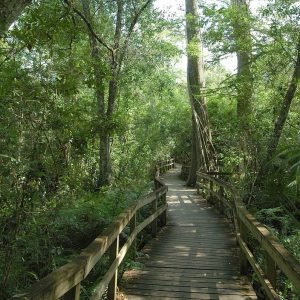 1 March 2019 | Thirty years ago, a wealthy Michigan real estate developer named John Rapanos defied local authorities and dismissed hydrological surveys warning that he’d damage rivers, streams, and other properties downslope from him if he developed one of his properties.

Rapanos ordered the survey destroyed, began filling the wetland, and then – with help from the Koch Brothers – engaged in an 18-year court battle that culminated in an infamous US Supreme Court decision that yielded two “concurrent” but incompatible opinions on what constitutes “the waters of the United States”, or waters that the federal government is obligated to protect under the CWA.

After years of turmoil, the Obama Administration commissioned a massive study on the interconnectedness of American waterways, and that became the basis of the 2015 Waters of the United States (WOTUS) rule.

Four years later, the Trump Administration has introduced a rule of its own, championed by Andrew Wheeler, a former coal lobbyist turned EPA boss who talks more like a farmhand than a hydrologist.

“I believe that any property owner should be able to stand on his or her property and be able to tell whether or not they have a ‘water of the US’ on their property without having to hire an outside consultant or attorney,” he told the Senate Environment and Public Works Committee in January.

On February 15, the Administration opened the new rule to public comment, with a closing date of April 15.

For a deep dive into the history of the rule, check out our series on the Waters of the United States.

For a quick and thorough comparison of the Obama and Trump proposals, read Proposed Waters Of The United States Rule Narrows Federal Clean Water Act Jurisdiction

To access official documents and offer comments, go to Waters of the United States (WOTUS) Rulemaking

For a treatment that falls somewhere in the middle, check out Episode 42 of the Bionic Planet podcast, which offers a history of US water protection and is available on all major podcatchers, including RadioPublic, iTunes, Stitcher, and on this device here: