Chefs across Latin America are leveraging cuisine as a vehicle for sustainable food production and forest protection. Here, Forest Trends’ Will Tucker explores how this thinking influenced a chef working in Panama City, taking him on a journey that began with a single tweet and has since led to a program sourcing rainforest ingredients sustainably while empowering communities. 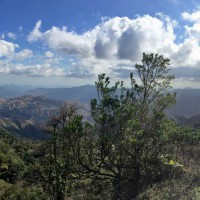 This article was originally posted on New Worlder.

20 June 2016 | From the Panamanian capital, it’s a 14-hour drive to the mountainous rainforest communities along the Costa Rica border, but a mixed-transit approach can shave off a few hours. To reach Kankintú, an indigenous community nestled in the dense tropical forests that slope north toward the Caribbean, the journey begins with an hour-long charter flight to the urban city of David, which in turn leads to a two-hour drive north to the port town of Chiriquí Grande. From there, a two-hour boat ride on the open ocean deposits chef Mario Castrellón at the mouth of the Rio Cricamola. This is where things get dicey: depending on the stage of the river, this leg of the trip can take anywhere from two hours to ten.

It’s not the sightseeing that brings Castrellón to these remote corners of Central America, which often lack basic infrastructure like roads and electricity. Nor is it the carefree mingling: it took him two years to earn the trust of indigenous communities who are understandably distrusting of white outsiders. Instead, Castrellón comes for the unconventional ingredients – most recently, a tropical fern called kalalú.

This chef has big plans for this little-known fiddlehead. At the center of the blueprint is Panama City, where he has started serving kalalú to curious diners at his flagship restaurant, Maito. But that same blueprint begins and ends in places like Kankintú, where Castrellón is working with Panamanian non-profit Nutre Hogar to improve nutrition and expand economic opportunities for local populations through sustainable farming and culinary enterprises. 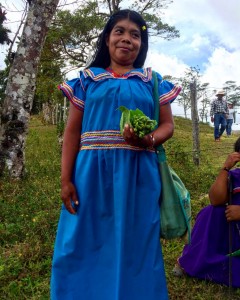 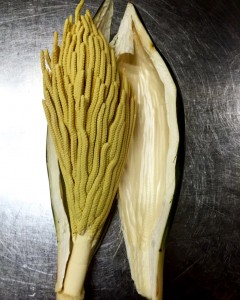 Castrellón is part of the vanguard of Latin American chefs leading a “Rainforest to Table” movement in the region – one that aims to use gastronomy as a vehicle for environmental protection and sustainable food production. Along with chefs in Argentina, Bolivia, Brazil, Colombia, Peru, and Venezuela, he’s collaborating with Washington, D.C.-based non-profit Forest Trends and Quito-based Canopy Bridgeto demonstrate that the model can work on a large scale to save rainforests and nourish the communities who call them home.

It wasn’t until a November 2015 riverboat excursion along the Peruvian Amazon that Castrellón realized how many allies he had beyond Panama’s borders. During his trip, an eclectic group of Latin American chefs, writers, public health experts, and conservationists from organizations like Canopy Bridge, Forest Trends, and Wildlife Conservation Society (WCS) began to sketch the contours of a viable model for using food to protect Latin America’s rainforests, particularly the Amazon. Several of the chefs who participated in that groundbreaking exchange will gather next week in Colorado for Spotlight Health, the opening segment of the Aspen Ideas Festival, where they’ll showcase the flavors and ideas behind their nascent movement.

The story of Castrellón’s introduction to rainforest ingredients is a testament to the power of social media. It started with an offhand tweet, he tells me during an interview over Skype, which in essence read, “[Forget] the middleman. I want to buy directly from micro-producers.” Nutre Hogar, a well-respected Panamanian charity working to combat malnutrition, answered the call and offered to help.

“Nutre Hogar has centers in communities across the region to combat malnutrition,” Castrellón explains. “They’d found out that the best approach is to bring food to tables, so they started training communities to do natural, organic farming.” It had gone so well that the communities were producing a surplus that Castrellón could tap directly into as a source for Maito – one which benefited small-scale producers in need of income. After a two-year hiatus, the program came back stronger than ever in early 2016 after achieving organic certification for all of its produce. He said the first farmers to participate have gone from living on an income of $26 a month to as much as $150 a week, and their success is quickly persuading other locals to join.

The program spans communities from the Caribbean side’s Bocas del Toro province southwest to the Pacific coast across La Cordillera de Talamanca, a largely untamed tropical mountain range that includes the highest peaks of both Costa Rica and Panama, before extending east over 100 miles to Santiago.

Chiriquí province has become Castrellón’s source of choice due to its accessibility – it’s a relatively casual four-hour drive. It’s also ground zero for his saga withboda, a native root vegetable that resembles baby corn but packs a powerfully off-putting bitterness. He tells me it’s been a three-year process getting the ingredient ready for its debut at Maito, agonizing over how to ameliorate the bitterness without altering the food’s fundamental flavor. The breakthrough came when Castrellón subjected boda to quick bursts of blanching before pickling it.

Back in the city, Castrellón found that boda was an easy sell because its shape resembles that of baby corn. Today, it’s the most widely embraced and consistent rainforest ingredient he incorporates into his menu.

But it’s not always so simple; on either end of the supply chain, the chef has to deploy a little psychology. In the rainforests of Bocas del Toro and highlands of Chiriquí, it’s a matter of gaining the trust of local communities and restoring their pride in native ingredients. “Indigenous people are kind of ashamed of these ingredients. They consider them ‘jungle food,’” he tells me. “And in the city, you’ve got to say ‘OK, this is new, from the jungle; it’s cool and done here in Maito, so you know I’m not going to poison you.’” Sometimes he’ll give out free samples of an unfamiliar ingredient for two months before officially adding it to the menu.

After five years of carving out this niche in Panama City’s food scene, Castrellón says the next step is to convince his peers to bring rainforest products into their restaurants, to expand their reach to an even broader community of urban eaters and create more opportunities for sustainable agriculture and community nutrition. He estimates we’ll see widespread adoption of these sourcing practices among the next wave of young, Panamanian chefs in the next year. “There’s still space to grow and get better,” he says.

For now, he’ll forge ahead on his own path, comforted by the knowledge that it’s becoming one of many in a growing and energetic movement.

Will Tucker is a Senior Communications Associate at Forest Trends. He can be reached at [email protected]