Impact investors have funneled more than $100 billion into projects designed to make money by doing good, and $8 billion of that flowed into projects that improve the way we manage land. AlphaSource Advisors has been in the impact space for over a decade, and they’ve learned a few things along the way. 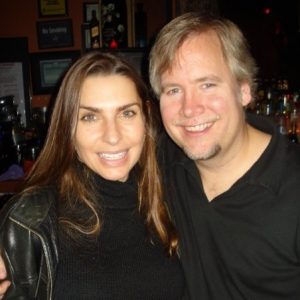 26 September 2017 | Almost all of us have, at some point, assembled an IKEA shelf or sofa, but have you ever wondered where the company gets the wood for those things?

It’s a big question, because 30 percent of the world’s greenhouse gasses come from the way we manage our forests, farms, and fields; and IKEA has pledged that each of the 16 million metric tons of pulp and timber it uses each year will either be made of recycled material or certified as being sustainably harvested. More importantly, the company is well on its way to achieving that goal by its target date of 2020, as its entry on the Forest Trends Supply Change portal shows.

If all big companies did this, we’d be well on our way to fixing the climate mess – but they don’t, so we aren’t, raising the question: how is IKEA getting the job done?

In part by purchasing entire forests across Romania, Bulgaria, and the Baltics so it can harvest timber slowly and carefully while restoring degraded areas, respecting wildlife, and giving all of us a chance to enjoy the occasional walk in the woods.

Despite all these public benefits, the purchase isn’t part of IKEA’s well-known philanthropic efforts. Instead, it’s part of the company’s business plan: IKEA expects to make money from its forests, but it explicitly wants to “do well by doing going good,” and that makes this an “impact investment”.

Impact investments worldwide total about $115 billion, according to the Global Impact Investing Network, and about $8 of that found its way into investments designed to support forests, farms, and fields over the past ten years, according to an Ecosystem Marketplace report called “State of Private Investment in Conservation 2016”.

Within that $8 billion, $6.5 billion is in sustainable farming and forestry programs like IKEA’s, and $1.5 billion is in programs designed to make money explicitly by conserving habitat, restoring water systems, and supporting other “ecosystem services”. On top of that, another $3.1 billion was allocated, but never got invested.

That’s $11 billion total – which is nothing to sneeze at, but it’s also just a sneeze in a hurricane compared to the $55 trillion global economy. To really earn the “impact” name, these flows must increase from a trickle to a torrent – but how?

That’s a question I asked Noelle-Claire LeCann and Richard Fronapfel of AlphaSource Advisors, which is an impact investment group that not only puts its money into land-use projects, but does so with a focus on those designed to generate distinct environmental payments.

AlphaSource, for example, was an early investor in the Wildlife Works Kasigau Corridor REDD+ Project in Kenya, which saves elephants by helping hunters develop other ways of making money – and earns money itself by generating carbon offsets based on the forests it restores and saves.

They recently launched The AlphaSource Climate Fund, which is a $250 million fund focused on programs that earn money by saving forests and generating carbon offsets (called “REDD+” for “reducing emissions from deforestation and degradation, plus sustainable agriculture”), but doing so as part of a larger strategy to help people in and around the project area.  By focusing on these landscapes, AlphaSource effectively leverages the trust and experience of the existing developers to identify investible projects – such as responsible mining, sustainable timber, climate-smart commodities, and other practices – to support indigenous communities.

I caught up to LeCann and Fronapfel at the Innovate4Climate conference in Barcelona, where we had a long and fascinating conversation that you can hear in its entirety on Episode 21 of the Bionic Planet podcast, which is available on iTunes, TuneIn, Stitcher, and pretty much anywhere you access podcasts, as well as in three recent stories on Ecosystem Marketplace. You can also listen on this device here:

We touched on a lot of subjects, but here are my key take-homes:

1. They Expect Their Investors to Expect Market Returns

Impact investing emerged from the socially-responsible investing of the 1960s, which in turn traces its roots to back to the Quakers, who divested from the slave trade in 1758.

In the 1980s, money managers began institutionalizing the investment philosophies of their moral and religious customers, and one of those managers – Amy Domini – launched the Domini 400 Social Index in 1990.

She did so to create a benchmark index that excluded sectors like oil and tobacco, and she felt that investors would accept a lower return in exchange for a clean conscience.

She was right, but the Domini 400 surprised everyone when it outperformed the S&P 500.

It wasn’t by much – and the amount comes to about a half-percent per year since its inception – but that helped spark a new term: “sustainable investing”, which operates on the premise that moral investing is inherently less risky than immoral investing is, which makes for a better return in the long run.

Impact investing grows out of that, and LeCann says her clients should expect market-rate returns.

“We have foundational investors who just care about the impact,” she says in the podcast. “But we believe that impact investments can enhance returns and lower risk.”

LeCann and Fronapfel have been in the impact space for over a decade, and they say deep-pocketed institutions are showing more and more interest in the impact space. It’s a finding that’s borne out by the Ecosystem Marketplace cited above: of the $8 billion identified, $2 billion came in 2015, the last full year for which data is available.

Unfortunately, she adds, many institutions have narrow mandates that preclude them from investing in certain areas.

“There is no dearth of investable projects,” she says. “But there is a lot of capital in the wings because institutions don’t have the mandate for direct investments into REDD+ development or even credits.”

Others, she says, simply need to know that risks will be properly managed.

3. They Manage Risk by Knowing the Lay of the Land

Most risk management starts with statistical analysis based on reams and reams of data, but AlphaSource works in part by helping smallholder farms shift to sustainable agriculture – a sector where there’s not much data yet, so investors need to apply common sense and shoe leather.

After a decade in the business, McCann and Fronapfel say they’ve developed a good feel for what works and what doesn’t, and they’ve also learned to communicate that to deep-pocketed investors – by, for example, demonstrating buy-in from both indigenous people and commercial partners, and by clearly showing how they control for specific risks.

“Sometimes, even a small mitigation factor for risk can bring you into that area where it becomes possible,” says McCann – adding that that one way to achieve that is by partnering with NGOs and others who have been at it longer.

“You need to be very strategic in who you partner with,” says Fronapfel. “We have a partnership with the Rainforest Alliance, for example, which has 1.4 million smallholder farmers and 4000 offtake agreements.”

Offtake agreements are commitments from commercial partners to buy a certain amount of product, often at a specific price, for a given time in the future.

“With an offtake agreement, the products are pre-sold,” says McCann. “That makes it easier to help farmers shift to something more sustainable.”

They also work with partners like Wildlife Works, who have a long history of success in specific parts of the world.

4. They Use the Sustainable Development Goals

In 2015, when every country in the world signed off on the United Nations Sustainable Development Goals (SDGs), which are a list of 17 sustainability criteria woven into the lending guidelines of development banks around the world.

That means they’re being used to guide the deployment of billions of dollars in development finance, while corporate leaders like Unilever CEO Paul Polman argue they should become a universal benchmark for sustainable investing around the world – a sort of Generally-Accepted Accounting Principles (GAAP) for the planet.

AlphaSource has built its investment strategy around the SDGs, which makes it possible for them to communicate their impact in a universal way.

For more on the SDGs, see episode 5 of Bionic Planet:

5. People are Motivated by More than Money

McCann and Fronapfel say they’re investing in people as much as in projects, and that means understanding that people aren’t always motivated simply by money. They invested in Wildlife Works, for example, not only because of founder Mike Korchinsky’s deep understanding of rural Kenya, but because of his motivations.

“It’s something that was completely mission-based,” says Fronapfel. “Mike got there 20 years ago because he loved elephants, and he saw what they were doing in terms of conservation – this ‘fence and shoot’ conservation, which was awful – and he said, ‘I’ve got to do something about this.’”

They’re currently working with a forester in the Democratic Republic of Congo who shifted to sustainable practices – not for money, but because his children began pestering him to do so.

“His kids had pressured him to convert [to sustainable forestry], and he’s now in the process of doing so, with the help of some project developers who have already been in that space,” said Fronapfel.

6. It All Fits Together

Although the Ecosystem Marketplace report differentiated between investments in sustainable agriculture and investments in projects that made money from distinct environmental payments, viable projects used a blend of tools – as LeCann’s reference to offtake agreements makes clear.

“We can reach out to some of the smallholder farmers and have an order in hand,” she explains. “So they can plant a higher value crop knowing that they don’t have to deal with marketing and selling their crop because it’s presold.”

None of their current projects rely on payments for ecosystem services alone, but instead treat those payments as one trickle of income in a much larger stream that involves sustainably-harvested commodities, responsible mining, and other activities.

7. They See Impact Investing as More Permanent Than Pure Philanthropy

It’s no coincidence that many of their partners are environmental or humanitarian NGOs, because those organizations have been doing this sort of work for decades. McCann and Fronapfel don’t see themselves replacing the NGOs, but rather playing the role that donors currently play – albeit in a more permanent way.

Impact investing, by its nature, rewards success over sexiness. If it works, it will be the donation that keeps on donating.

“The forests in the DRC are surrounded by communities, and it cannot afford to protect them on their own,” says LeCann. “So our primary goal is to help those communities become sustainable – so they can protect their own forest, and so they don’t need people like us forever.”