We can’t beat climate change without saving the world’s forests, and tropical forest countries are ready to do their part, but they can’t fix the mess without help from the countries whose imports are driving the deforestation. The Paris Agreement offers several mechanisms for using carbon finance to save forests, and the European Union has a moral obligation to use them, argue two former climate negotiators. 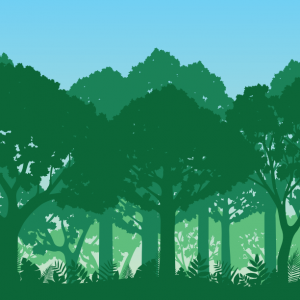 27 November 2017 | Imagine there was a way to rapidly eliminate more greenhouse-gas emissions than are produced by the entire global transport sector, and start removing significant quantities of carbon from the atmosphere without the need for new technology. That doing so would also make a massive contribution to conserving biodiversity, while improving lives and livelihoods in developing countries. And that it would cost a fraction of most other climate solutions. Surely we’d do everything in our power to support it?

Ending deforestation and restoring degraded landscapes can deliver all this. Yet despite setting impressive targets, the international community isn’t doing nearly enough to make it happen.

A new report on forest finance shows that investments in the forest sector fall far short of what’s needed to end deforestation. Conserving and restoring tropical forests could deliver up to 30 per cent of the carbon savings necessary to keep the average global temperature rise to 1.5°C – but as the report shows, only about 1 per cent of international development funding for climate mitigation is directed towards this.

Worse, finance for sustainable forestry and agriculture aligned with climate goals – around US$20 billion since 2010 – is dwarfed by the US$777 billion pumped into the sectors that drive deforestation.

This needs to change, urgently. To have a fighting chance of meeting the goals of the Paris Agreement, we need to end deforestation as soon as possible – and to start planting more trees and improving the way forests and landscapes are managed so they absorb and store more carbon.

The Paris Agreement devotes a standalone article, Article 5, to forests and land use, calling on parties to “take action to conserve and enhance … sinks and reservoirs of greenhouse gases … including forests”. It also encourages “incentives for activities relating to reducing emissions from deforestation and forest degradation, and the role of conservation, sustainable management of forests and enhancement of forest carbon stocks in developing countries,” a mechanism known as REDD+.  On top of that, at the latest climate summit in Bonn, Parties agreed to speed up cooperation in the agriculture sector, one of the most important drivers of deforestation.

For many developing countries, forest conservation represents the main contribution they can make to the global climate effort. While all tropical forest countries have committed to reduce forest emissions as part of their national climate plans, many have pledged further reductions on the condition that they receive international support. And more than 50 developing countries have been running programmes to prepare the ground for REDD+, including establishing social and environmental safeguards and forest monitoring systems that will enable them to access payments for verified carbon savings.

But if payments aren’t made available, this momentum will be lost – and with it our largest low-cost mitigation strategy. With the Paris Agreement stressing bottom-up approaches, until now industrialised countries have limited their focus to domestic action. While that is needed, it cannot come at the expense of tackling the global problem and the daily ongoing loss of forest, as Article 5 demands. So who is going to step up?

To date, Norway has provided more than half of the US$4.1 billion pledged for REDD+. While Germany and the UK have made significant REDD+ commitments, EU countries appear reluctant to fully support forest sector mitigation. But with further funding from the US (at least at national government level) looking unlikely before 2020, the EU and its member states need to take the lead.

In fact, the EU has been promising action since before the Copenhagen climate talks in 2009. The European Parliament agreed a strategy that proposed “significant financial support, as well as technical and administrative assistance, must be provided to developing countries to halt gross tropical deforestation by 2020 at the latest” and recognized that demonstrating this commitment would be critical to achieving a new global climate deal. The same strategy calls for the creation of a Global Forest Carbon Mechanism that should be financed “by earmarking a significant part of the auctioning revenues from the EU ETS [Emissions Trading System] to reduce deforestation and forest degradation in developing countries.” All of the conditions necessary for delivering on this EU resolution have since been met, in the Warsaw Framework for REDD+ (2013) and the Paris Agreement. So why has this promise been ignored?

Supporting forest conservation should not compete with but complement the focus on green investments in the EU and action on fossil fuels: to avoid dangerous climate change, we need both. Last month, the EU agreed that domestic land-use activities and carbon stored in forests and soil may play a role in meeting 2030 targets, and that monitoring activities should be improved.

We urge the EU to seek cooperation with tropical forest nations, to exchange experience in this field and finance capacity building and additional action to tackle deforestation. We also believe that REDD+ offers an opportunity to ratchet up the EU’s own 2030 CO2 target. The EU could make a bold statement by increasing its target for reducing emissions from 40 per cent to 60 per cent, using REDD+ credits to meet, say, a quarter of the additional saving. This would make a significant and welcome contribution to global climate change mitigation while keeping trees in the ground.

REDD+ does raise a number of issues around, for example, the rights of indigenous peoples. However, the current framework includes various safeguards that need to be respected. These include recognising the rights of forest-dependent people, and aim to ensure indigenous peoples and local communities consent to, participate in and benefit from REDD+ projects.

Social benefits can arise from a range of activities, which may occur outside forests – for example, through increasing agricultural productivity without cutting more trees. Many indigenous groups now welcome REDD+ and believe it has helped strengthen their rights. And in places where REDD+ is up and running, like the state of Acre in the Brazilian Amazon, smallholders, communities and indigenous peoples are already benefiting.

REDD+ is, of course, no silver bullet. But it’s a key weapon in our climate arsenal, and is critical to realising zero deforestation and leveraging investment in sustainable agriculture and forestry in the context of low emissions development. As the UN climate talks in Bonn draw to a close, supporting forest conservation is one of the most important things the EU can do to achieve its climate and sustainable development goals.

Peter Graham is managing director of policy and research at Climate Advisers. He has previously led WWF’s forest and climate programme, co-chaired negotiations at the United Nations Framework Convention on Climate Change, and was Canada’s lead negotiator and policy advisor on REDD+.

Jos Cozijnsen was a Dutch delegate up to the Kyoto climate talks. Since then, he has worked as a consulting attorney advising companies, NGOs and government on emissions trading and REDD+ activities.