Mainstreaming biodiversity conservation into larger, political and high level processes appears set to dominate week two of biodiversity talks in Montreal, which will focus on action, the implementation of national strategies meant to stem the global loss of wildlife. 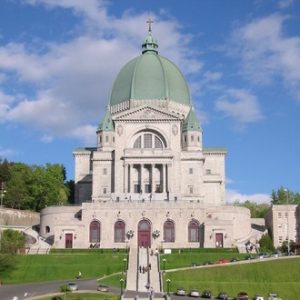 2 May 2016 | The United Nations Convention on Biological Diversity (CBD) aims to halt the seething tide of global biodiversity loss and, this week, Parties to the CBD are assembling in Montreal to review and assess progress countries have made toward achieving this goal. It’s the second week of back to back biodiversity talks as the Subsidiary Body on Scientific, Technical and Technological Advice congregated last week.

But from May 2-6, the talks are all about implementation as the CDB’s newly formed Subsidiary Body of Implementation (SBI) is holding its first meeting. Parties established the SBI at the 12th Conference of the Parties (COP) to the CBD in 2014, replacing a temporary ad-hoc working group for implementation with the more high level and permanent subsidiary body.

The implementation talks appear to be a continuation of the key themes discussed during COP 12 in Pyeongchang, Republic of Korea, where delegates pushed for integrating biodiversity targets into the overarching sustainable development agenda. This concept of integration is a large one and exceeds the agenda for a sustainable future. It incorporates biodiversity into cross-sectoral plans, programs and policies, including financial policies and budgetary processes, the CDB statement says.

Biodiversity integration is gaining serious traction. Experts consider biodiversity successfully included in the Sustainable Development Goals, which were finalized last September and serve as one part of this overarching agenda known as the 2030 Agenda for Sustainable Development. Biodiversity was also noted in the global pact countries agreed on to fight climate change. Plus, mainstreaming biodiversity in agriculture, fisheries and forestry sectors came up as a topic during the previous week of conversations in Montreal.

In a statement, the CBD lists mainstreaming biodiversity conservation as a key issue for the SBI meeting, and Rowan Braybrook, a Manager in Strategic Engagement and International Policy at Conservation International highlights integration as a big part of these sessions.

“We’re in an era of action and implementation, especially in regards to the links that biodiversity has with the Sustainable Development Goals and climate change,” she says.

Braybrook says the idea behind mainstreaming is joining forces, leveraging other efforts in order to achieve global biodiversity targets. Countries measure their success in stemming the loss of Earth’s flora and fauna through the progress they make toward implementing CBD’s Strategic Plan for Biodiversity, under which the Aichi Biodiversity Targets fall, along with individual National Biodiversity Strategies and Action Plans.

According to the CBD’s most recent Global Biodiversity Outlook publication, countries have made significant progress but they won’t succeed in meeting the Aichi Biodiversity Targets by 2020 without a significant scale-up in terms of resources and efforts.  Report authors say there has been relative success in conserving 10% of marine areas and 17% of terrestrial lands as those targets are on track to meet their 2020 deadline. But poor agriculture, forestry and aquaculture practices continue to plague biodiversity, causing deep losses, while the average rate of extinction continues to increase and open ocean and deep sea aren’t well protected, to name a few of the several targets that remain off track.

This is where mainstreaming biodiversity comes in as a fresh opportunity and open door, Braybrook explains. The Sustainable Development Agenda has a wide audience and more political clout as governments and heads of state determined this agenda. And integrating biodiversity into it gives biodiversity much more influence to achieve its objectives than when standing by itself. It also makes for a stronger case for investing in biodiversity.

“When we go outside of the little room of the CBD, we have to convince the larger public, governments and businesses that biodiversity helps achieve their goals,” she says.

Braybrook explains that mainstreaming biodiversity will highlight the human impact of inaction, which can mobilize action. Connections between government ministries like environment and agriculture, for instance, can highlight the economic consequences of biodiversity loss and ecosystem degradation and lead to better land management, or even policy change.

While mainstreaming is in a position to take center stage, CBD lists four core areas it will focus on during the SBI meeting:

Braybrook also notes that proper monitoring to ensure positive impacts on biodiversity is a critical issue the talks should address, especially when integrating into these larger processes.

Many of the topics discussed and decisions made during the SBI meeting will be rolled into recommendations Parties will consider at the CBD’s main event, COP 13, happening in December in Cancun, Mexico.