The world’s national parks and nature reserves cost less than US$10 billion each year and generate as much as US$600 billion of tourism expenditure annually, according to the first study into the global scale of nature-based tourism in protected areas. 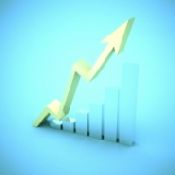 This article was originally published on the University of Cambridge website. Click here to read the original.

3 March 2015 | The world national parks and nature reserves receive around eight billion visits every year, according to the first study into the global scale of nature-based tourism in protected areas. The paper, by researchers in Cambridge, UK, Princeton, New Jersey, and Washington, DC, published in the open access journal PLOS Biology, is the first global-scale attempt to answer the question of how many visits protected areas receive, and what they might be worth in terms of tourist dollars.

The authors of the study say that this number of visits could generate as much as US$600 billion of tourism expenditure annually – a huge economic benefit which vastly exceeds the less than US$10 billion spent safeguarding these sites each year.

Scientists and conservation experts describe current global expenditure on protected areas as “grossly insufficient, and have called for greatly increased investment in the maintenance and expansion of protected areas a move which this study shows would yield substantial economic return as well as saving incalculably precious natural landscapes and species from destruction.

fantastic that people visit protected areas so often, and are getting so much from experiencing wild nature  clearly important to people and we should celebrate that, said lead author Professor Andrew Balmford, from Cambridge University Department of Zoology.“These pieces of the world provide us with untold benefits: from stabilising the global climate and regulating water flows to protecting untold numbers of species. Now we shown that through tourism nature reserves contribute in a big way to the global economy yet many are being degraded through encroachment and illegal harvesting, and some are being lost altogether. Its time that governments invested properly in protected areas.Dr Andrea Manica, a corresponding author also at Cambridge, said these are ballpark estimates based on limited data, so the researchers have been careful not to overstate the case: “These are conservative calculations. Visit rates are likely to be higher than eight billion a year, and theres no doubt we are talking about hundreds of billions of tourism dollars a year, he said.The attempt to calculate these figures was in part borne from frustration, said Balmford. “We study what people get out of nature, so-called ecosystem services. While some ecosystem services are difficult to measure such as cultural or religious benefits we thought that nature-based recreation would be quite tractable: theres a market and tangible visits you can count.

“However, when we started to investigate we found no-one had yet pieced the data together. So we got to work trawling for figures ourselves. After a few months we had constructed a database from which we could build our models. Its limited, but its the best there is at the moment, Balmford said.

The database consists of visiting figures for 550 sites worldwide, which were then used to build equations that could predict visit rates for a further 140,000 protected areas based on their size, remoteness, national income, and so on.

Visit rates were highest in North America, where protected areas receive a combined total of over three billion visits a year, and lowest in Africa, where many countries have less than 100,000 protected area visits annually.

The Golden Gate National Recreation Area near San Francisco had the highest recorded visit rate in the database with an annual average of 13.7m visits, closely followed by the UKs Lake District and Peak District National Parks, with 10.5m and 10.1m. By contrast, Tanzanias Serengeti National Park got an annual average during the study period of 148,000 visits.

Team member Dr Jonathan Green, based in Cambridge, points out that it is far from just exotic places and large national parks that contribute to the visitation value of protected areas. “For many people, its the nature reserve on their doorstep where they walk the dog every Sunday. Fowlmere nature reserve, a few miles south of Cambridge University, receives an average of almost 23,000 visits a year.

By combining regional visit rates with region-specific averages for visitor spending on everything from entry fees to transport and accommodation the researchers were able to derive the most complete picture yet of the global economic significance of protected area visitation.

“Our US$600 billion figure for the annual value of protected area tourism is likely to be an underestimate yet it dwarfs the less than US$10 billion spent annually on safeguarding and managing these areas, said Dr Robin Naidoo of World Wildlife Fund, another author of the study. “Through previous research, we know that the existing reserve network probably needs three to four times what is currently being spent on it.

“While that may seem a lot of money, its a fraction of the economic benefit we get from protected areas nature-based tourism is just one part, said Balmford.

By way of context, he points to the recent announcement by computing giant Apple of record profits of US$18 billion in a single quarter. “Stopping the unfolding extinction crisis is not unaffordable. Three months of Apple profits could go a long way to securing the future of nature. Humanity doesnt need electronic communication to survive. But we do need the rest of the planet.

The text in this work is licensed under a Creative Commons Licence. If you use this content on your site please link back to the original, here.