This article first appeared on Greenfact. 09 June 2022 | The RE100 launched a public consultation on three proposed changes to its technical criteria following town hall meetings it held with members in February 2022. The consultation proposes the following three key changes: Make AIB membership the market boundary for Europe Accept physical cross-market procurement when certain […] 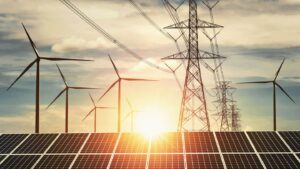 This article first appeared on Greenfact.

09 June 2022 | The RE100 launched a public consultation on three proposed changes to its technical criteria following town hall meetings it held with members in February 2022.

A glimpse into the RE100

RE100 is a global initiative led by The Climate Group in partnership with the CDP to drive change towards zero-carbon grids at scale. The initiative consists of large and influential firms aiming for 100% renewable electricity. According to the initiative for a company to be considered 100% renewable it “must procure or self-produce 100% of its electricity throughout its entire operations from renewable sources.”

On the path to achieving 100% renewable electricity consumption RE100 companies may use the following two methods of procurement:

Proposed changes to the RE100 Technical criteria

The RE100’s technical criteria outline the renewable energy sourcing options available to companies that participate in the RE100 campaign while defining what counts as renewable electricity. The criteria are set by the RE100 Technical Advisory Group in consultation with member corporations and with the approval of the RE100 Project Board.

Considering that the renewable energy market is an everchanging landscape revisions are made to the technical criteria every two years in March. The next planned update will be published in March 2023.

The RE100 requires its members to procure renewable electricity from the same markets in which they operate and most markets are defined by national geographic boundaries. However, Europe and North America have been regarded as exceptions due to having single markets for electricity trading.

Regarding Europe specifically, the CDP’s guidance on market boundaries is more restrictive and differs from the RE100’s as the CDP considers AIB member countries as the defining market boundary for Europe.

As such to prevent this conflicting guidance between the two initiatives considering that some RE100 members also report to the CDP, the CDP’s market boundary provisions will be adopted. This means that new contracts that do not observe this market boundary will not be accepted by the RE100 however any contracts before 31 December 2021 would continue to be accepted.

The purpose of this proposal is to have standardised harmony between the CDP’s and RE100’s reporting guidance and to ensure that EACs in the European market boundary are EECS compliant.

This means that from 31 December 2021 onwards electricity and the associated EACs must be sourced from within the AIB market which will restrict the available markets for members considering that not all European countries are a part of the AIB and to this, the RE100 market boundary before was far larger.

Once this goes into effect the following countries will no longer be part of the RE100’s defined single market for electricity trading in Europe:

The impact of this change will especially be more significant for RE100 members who do not report to the CDP and as such have only been observing the RE100’s larger European market boundary.

According to the RE100 members who operate in non-AIB countries can only use in-country renewable electricity to decarbonize consumption. Based on reporting from 159 members in 2021, 459 GWh of procurement of renewable electricity from 22 RE100 members in 28 European countries will no longer meet the RE100’s technical criteria. However, it is of note that most of these members already report to the CDP and as such already privy to the stricter provisions.

Regarding the UK, the RE100 and CDP have taken note of the legal situation of procurement between the UK and mainland Europe. In the short-to-medium term, it is expected that the UK will cease accepting EU renewable electricity while a mutual recognition is negotiated. The CDP and RE100 have mentioned in their proposal that should the UK become an AIB member, then it would be recognized as part of the market boundary for Europe in their respective guidelines. It is assumed that this will also be the case for any other European country either in the list above or new to come that join the AIB.

For RE100 members that already report to the CDP, this change will not have a major impact however for non CDP members the impact will be significant and a transition and grandfathering plan for the 2023 annual reporting cycle will possibly take place.

This could mean a bullish signal for the market as current and new members’ demand for renewable electricity and Guarantees of Origin within the AIB will increase which would provide upward support to GoO prices. Additionally, for RE100 members that have operations within non-AIB countries, the demand for local renewable energy and local EACs will significantly increase as according to the new rules they will only be allowed to source in-country resources. In certain countries listed like the UK, we expect both the amount of REGO issuances to significantly increase, as the demand will be largely higher but we expect demand to exceed supply and as such the price for UK REGOs to increase.

It is also of note that AIB membership is expected to increase especially with the Energy Community Secretariat being in the midst of launching a project to create an electronic system for GOs in the following 8 Eastern European countries namely:

Therefore the more countries join the AIB the wider the market boundary for procurement by RE100 members.

Additionally, where single markets exist as defined by the RE100 (e.g Europe and North America), all cross market procurement between countries within those single market boundaries will be accepted. In the case of Europe, this means that supply arrangements for renewable electricity between AIB member states will be accepted but beyond that, the abovementioned points need to be adhered to.

If this proposal is realised this could have a significant impact on the possible volumes of renewable electricity that RE100 members could credibly source which would potentially decrease especially with the physical interconnector requirements.

That said the European Union has been adamant about promoting interconnections with its neighbours with the aim of enhancing the security of supply. This is reflected in the Commission’s recently published REPowerEU plan which plans to “implement many long-pending projects, with a particular focus on cross-border connections to build an integrated energy market that secures supply in a spirit of solidarity.“

As per the REPowerEU plan, an additional EUR 29 billion of investments will be required to power the grid by 2030 to make it fit for increased use and production of electricity. All relevant projects to be funded are included in the fifth PCI list which includes 98 projects in total of which 67 are related to electricity transmission and storage projects. On the priority list is two offshore grid interconnections namely:

The Commission also stated that it plans on increasing the interconnection capacity between the Iberian Peninsula and France while it has also taken actions in synchronizing the Baltic State’s electricity networks with the continental European network. As more physical interconnections are established between the EU and third neighbouring countries the possible renewable energy volumes that RE100 members could source from becomes wider.

The RE100 proposes to introduce a 15-year commissioning date limit on the facilities members may claim renewable electricity from. This limit will only apply to purchased electricity and not self-generation.

The reason behind this proposal is that the RE100 would like its technical criteria to further support the procurement of renewable electricity which adds new RES capacities to the grids. According to the proposal “while older renewable generation is still an important resource for the grid, procuring from it does not directly change the grid mix.”

According to reports from 159 members in 2021, 15 Members procuring from 31 countries purchased 523 GWh of renewable electricity from facilities commissioned more than 15 years ago which means that these companies would need to change their procurement. Meanwhile, around 19.2 TWh of renewable electricity was procured from facilities commissioned in the last 15 years.

However one can assume that this would shift the demand profile of members within the initiative to be more focused on procuring renewable energy from younger plants such as wind and solar PV plants as opposed to older hydro technologies. This demand shift could further trickle down into the EAC markets. Also, this criterion for generation from “younger” power plants is one that is already adopted by energy labels such as Naturmade as such this change could result in increased demand for such energy labels. Historically there has been a slightly wider spread between EACs from younger plants versus hydro based certificates however more recently this spread between technologies has become much narrower this could possibly change as more RE100 members change their procurement methods.

Overall the proposed changes by the RE100 while more restrictive are aimed to have the initiative’s guidelines fall in line with the CDP’s and also provide guidelines that allow its members to credibly source renewable energy with a demand that fosters new renewable capacities on the grid.

Membership to the RE100 has been growing year on year with over 23 corporations joining in 2022 thus far and a current total of 372 members thus far. Considering that in 2021, the aggregated electricity consumption of 315 reporting members was over 340TWh, higher than the United Kingdom the sheer demand from these members has and will continue to have a large impact on renewable energy and EACs demand.