From Lima to Jakarta to the Hague, angry citizens are using courts to hold governments and companies accountable for climate change. That’s good for the climate, and maybe good for carbon markets – as companies become more and more sensitive to the risk of doing nothing. 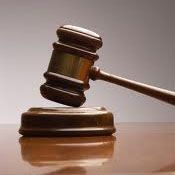 20 July 2015 | High in the Andes of Peru, the glaciers that feed Lake Pallqaqucha are melting. Down below, the lake itself is swelling; and if it bursts its banks, Saul Luciano Lliuya’s farm will flood, as will his village of Huaraz and much of the surrounding countryside. So Lliuya is proactively suing a German energy company for 1% of the damages, because the carbon majorsreport showed that the company was responsible for 1% of the world’s greenhouse gas emissions. Meanwhile, a nonprofit organization in Belgium is preparing to sue the Belgium government into taking more climate action after a court in the neighboring Netherlands ruled that its own government had violated human rights by not doing enough to combat climate change.

These are just a handful of several pending cases that test the ability of our legal system to address climate change, and attorney Carroll Muffett says they stem partly from the failure of international climate negotiators to deliver results.

“A lot of the energy and progress around fixing climate change is going to go to litigation,” says Muffett, who is President and CEO of the Center for Environmental Law, an advocacy organization.

Most of the lawsuits are against governments, but the risk for companies are increasing as well, says David Hunter, Director of the Program on International and Comparative Environmental Law at American University’s Washington College of Law.

“We’re at the point where the tide of litigation on climate change is only going to grow, and at this point, the major producers and emitters will be compelled to treat this issue more seriously,” Muffett says.

If these lawsuits are successful, it could transfer climate risk from victims to emitters – hopefully bolstering the business case for reducing emissions, and possibly providing support for carbon markets as an interim solution for companies that can’t reduce internally yet.

The ruling in the Dutch case perhaps made it the most famous of these climate court cases, but there are many others in different stages of development. Along with the aforementioned cases in Belgium and Peru, a coalition of NGOs, citizens and academics successfully sued the Indonesian government over the impacts coal mining has on the environment and people. But in that case there were specific companies causing specific damage locally – on the ground, in the water, and in the air. Climate change is more diffuse and more of a challenge, but six South Pacific nations announced last month their intent to sue fossil fuel companies for their contribution to climate change.

Meanwhile, in the US, a Northwestern nonprofit called Our Children’s Youth is organizing youth-led lawsuits for climate justice – and winning. In one such case, a Supreme Court judge ordered the state of Washington to consider statewide emission reductions.

All of these cases would have seemed improbable at best just a few short years ago, when the island city of Kivalina, Alaska sued multiple energy companies for the damages climate change has already caused them as they sink into the sea. They lost their case after a federal court ruled it was a political – rather than a legal – issue, placing the onus on governments rather than companies.

“Early cases failed because the law wasn’t ready to deal with this, and the science wasn’t there,” says Muffett.

But times have changed. And the needed science to back climate change impact cases is increasingly available.

“What we’re seeing as the science gets better and better are plaintiffs who can point to very compelling and often government-endorsed scientific information saying this is the harm specific to me and I can trace it to climate change,” says Muffett.

The science – or, more accurately, the general public’s understanding of science and accountability – improved on a number of levels, thanks to efforts like the carbon majors report, which traces the majority of emissions released into the atmosphere over the last 150 years to 90 entities. It essentially exposes them to the risks of accountability, and indeed it forms the basis of Saul Luciano Lliuya’s lawsuit against RWE, the German energy provider.

That’s important because a huge challenge regarding climate lawsuits is proving the personal harm done that allows a plaintiff to sue a defendant, says Sladye Hawkins Dappen, an environmental attorney and former council to Ecosystem Marketplace publisher Forest Trends.

“In US law, it’s hard to show concretely that someone has been harmed by any one particular company’s action because often the company contributes a small fraction to the harm,” she says.

As already evident, responses will vary with some companies accepting responsibilities and making necessary alterations, while others won’t, Muffett says.

Hunter says he could see a role for offsetting but is unsure of how it might play out. The most likely scenario he sees is one where companies pledge to use offsetting as a way of addressing climate risk in the future. Offsetting won’t necessarily impact an existing court case because the harm has already happened, Hunter explained. But the practice could be one component of a settlement agreement and as a way to move forward and prevent future impacts.

Businesses that have already been offsetting can use it as a line of defense against potential lawsuits.

“It will help determine a company’s level of negligence. The company can say it was investing in carbon offsets instead of denying science,” Hunter says.

Companies being able to distance themselves from climate denial could come in handy. A new Union of Concerned Scientists report,The Climate Deception Dossiers, unearths a deliberate campaign by the fossil fuel industry to mislead the public on the risks and impacts of climate change.

On a national scale, there is also potential for an increase in offsetting. Governments may choose to meet required ramped up emission reductions targets through the carbon markets, says Sarah Deblock, the EU Policy Director at the International Emissions Trading Association. Countries could turn to other options as well though, such as a tax or increased efficiency standards.

“For the Dutch to meet their obligation as a country, they may have to enter into the offset market more significantly,” says Hunter, using the Netherlands as an example. The country hasn’t yet announced how it will meet the additional targets. Deblock along with several others following the case believe the Dutch government will contest the decision.

Not a Sure Thing

The ruling in the Netherlands doesn’t necessarily signal a new normal regarding climate legal action, says Dappen. Laws are different depending on the place. For instance, the precautionary principle, which requires precautionary actions for activities causing potential harm to the public, is stronger in Europe than in the US.

But legal and political differences won’t curb litigation, just increase the variety, Muffett says. “The litigation that we’re moving into is going to be as diverse as the impacts of climate change itself,” he says.

And while legal action isn’t a sure thing, it’s proved itself in the past. Dappen notes the legal action against coal plants as a successful example-although other factors such as the price of natural gas factor in.

Muffett and Hunter both note the wave of tobacco litigation eventually shifted in the plaintiff’s favor.

“If I was in the fossil fuel industry, I would be looking at the tobacco model with a substantial amount of concern,” says Muffett.