The Oregon state legislature is considering a “cap and invest” bill that promises to place a firm limit on the state’s greenhouse gasses while ensuring continued investments in resilient communities, green jobs and clean energy. Legislators are expected to release bill language by January 31. 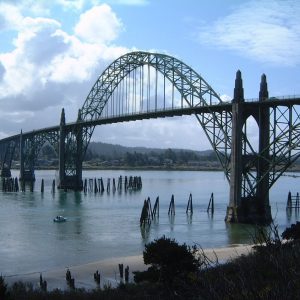 28 January 2019 | Federal climate action is in an indefinite holding pattern with a serious risk of major backtracking; but the good news is that non-federal climate action has continued, with states, cities and businesses gearing up to take big strides toward the commitments they have made on climate.

Oregon is one key state with a big opportunity for bold action in 2019. The state Legislature reconvened on January 22 and will consider a “cap and invest” bill that promises to place a firm limit on the state’s climate pollution while ensuring continued investments in resilient communities, green jobs and clean energy. Legislators are expected to release bill language by January 31.

On the cusp of success
Oregon is on the cusp of success with the pieces appearing to line up for a climate victory in 2019; but as any campaign veteran knows, some of the most critical make-or-break moments come in the final stretch. The Oregon Legislature has considered versions of a cap and invest proposal for several years with a big push for passage in 2018 with the Clean Energy Jobs Bill. The Legislature was unable to pass that bill during a short session; but laid the groundwork for the current 2019 effort.

Leaders of both houses of the Legislature left their session vowing to make cap and invest a key priority in 2019. They also made a down payment on action by creating a Carbon Policy Office and devoting $1.4 million to staffing and analysis.

Gov. Kate Brown and many legislators won contested elections in 2018with climate action front and center of their campaigns. The message was clear: Oregonians know that climate change is already negatively impacting their state and demand action consistent with not only longstanding state climate commitments, but even more importantly with what scientists say is necessary to avoid the worst effects of climate change. Elected officials are talking the right talk so far and 2019 is the year to deliver.

What will cap and invest look like?
The full details of the legislative package are still being actively negotiated, but we know quite a bit already about how Oregon’s program will likely work. Legislators have been working on a framework that will place an enforceable limit on climate pollution from sources across the state. This limit will decline over time—resulting in an annual “budget” for greenhouse gases. Compliance will be facilitated through a flexible, cost-effective mechanism: “allowances” -equivalent to each ton of pollution in the budget – will be created, and each regulated source of pollution in the state will be required to surrender an allowance for each ton of pollution they put into the atmosphere.

Oregon is developing a tailor-made approach for the state, with an eye toward linking to the Western Climate Initiative, a collaboration started in 2007 that included seven states (including Oregon) and four Canadian provinces. This linkage will enable low-cost carbon reductions through regional collaboration. California and Quebec are the current WCI members with active carbon markets and both have seen pollution decline and impressive economic growth since their programs launched in 2013.

Oregon’s program, like California and Quebec’s, will likely cover most sectors of the economy, including transportation fuels, industry, electricity and natural gas. A portion of the allowances will be given to Oregon businesses’ that face competitive pressures from out-of-state, while another portion will be likely auctioned with the proceeds going to further reduce greenhouse gases. These broad-brush design features have been staples of previous iterations of cap and invest in Oregon and are expected to be included in this year’s version.

Defining a movement
If successful, Oregon would be only the second state to set an economy-wide limit on climate pollution that covers all major emitting sectors. Oregon’s progress, along with movement in a few other key jurisdictions, could catalyze a national trend.

Nine states plus the District of Columbia have also expressed a commitment to develop the policy to cap transportation emissions in addition to the power sector emissions currently capped by the Regional Greenhouse Gas Initiative.

Moreover, 16 states plus Puerto Rico have joined the Climate Alliance, committing to achieve reductions consistent with the Paris Agreement across their economies. A few governors have even begun the important and cross-sector work of translating those commitments into reality. For example, Virginia Gov. Ralph Northam has moved deliberately in 2018 to cap carbon pollution from the power sector, committed to developing the policy needed to cap transportation sector pollution, and is exploring regulatory action to cut methane emissions from gas operations.

With numerous incoming governors pledging to take big steps on climate, Gov. Brown’s focus on spurring an efficient, multi-sector policy across the finish line in Oregon—one that puts an enforceable limit on climate pollution and that is consistent with the scale of the challenge—provides a powerful template for what state level climate leadership ought to look like.

Erica Moorehouse is a Senior Attorney with Environmental Defense Fund’s Climate program. This story also appears on the EDF Blog.