The US Supreme Court has dominated climate news this past week: first by freezing President Barack Obama’s Clean Power Plan, then by losing Antonin Scalia – whose absence would have prevented that freeze. Some US states have been unfazed by it all, and it’s no coincidence that most of those embrace a price on carbon. 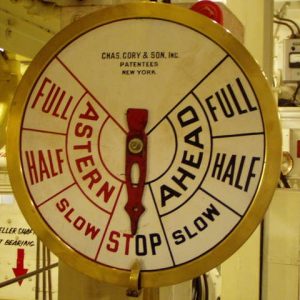 17 February 2016 | Two days before US Supreme Court Justice Antonin Scalia passed away in Texas, a group of leading environmentalists held a press conference to dissect the implications of the Court’s decision to freeze President Barack Obama’s Clean Power Plan (CPP) pending the outcome of a lawsuit by 29 state attorneys general and some energy companies.

“The Paris Agreement is 100 percent on track,” said the Sierra Club’s John Coequyt on Thursday, expressing a sentiment echoed by David Waskow of the World Resources Institute, Alden Meyer of the Union of Concerned Scientists and Joanne Spalding, also of the Sierra Club.

Reporters took the optimism with a grain of salt, and The Hill published a piece on the green “nightmare scenario” as late as Saturday morning – not knowing that the court’s most eloquent conservative voice was already gone. Scalia’s death then launched a wave of speculation over the future of US climate policy and the CPP, and the consensus is clear: no one expects the Supreme Court to revisit last week’s decision, but everyone expects it to hear the case upon appeal – and by then, it will be a different court, so by then, Scalia’s death will matter.

IN DEPTH: The Atlantic offers a solid explainer on the Scalia fallout here.

For all these reasons, the upcoming election-year appointment battle has import beyond the theater of the absurd that it’s doomed to become, but don’t let the melodrama overshadow the rational groundswell of activity that Coequyt, Waskow, and company were highlighting last week.

If you listen to the audio (and I’ll post it here soon), you won’t hear four dejected people putting on their game faces to spin a bad situation as much as you’ll hear four frustrated people wondering why we have to go through this idiocy. The attitude, in other words, isn’t that of angels at the Battle of Armageddon. It’s that of Sheriff Andy Taylor at the home of Ernest T Bass.

They spoke mostly of the megawaves on which the GPP is riding: the growing support for clean energy, and the closing of loopholes for coal, and they referred repeatedly to the states that have endorsed the GPP or explicitly vowed to honor it no matter what the courts decide, but they glossed over the fact that most of those GPP-friendly states – as well as corporations and cities within them – have embraced the need for a price on carbon.

States are doing so because they know you can’t manage what you can’t measure.

On the corporate front, a whopping 366 corporate leaders and investors endorsed the Clean Power Plan, and nearly two dozen of them slammed the Supreme Court’s freeze the day it was issued, while more and more of them are using internal carbon pricing to guide business decisions, thereby internalizing the emissions that were previously treated as “externalities.”

For some, it’s a moral decision, but it’s the recognition of a clear and simple fact: namely, that we are at the beginning of a turbulent transition from a fossil-fuel economy to a clean-energy economy. It’s a transition that the Governor of the Bank of England has identified as being the single greatest risk to corporations, and one that we ignore at our own peril.

In just the last two years, the number of companies reporting an internal price on carbon to the CDP (formerly the Carbon Disclosure Project) tripled, from 150 in 2014 to 465 in 2015, with another 583 pledging to do so in the next two years. Their motives, again, are mixed: some are doing the right thing, but most are simply acknowledging that regulatory carbon pricing through policies like the CPP is coming.

Among states, 18 filed briefs in support of the Clean Power Plan, while 14 states and six cities roundly condemned the Supreme Court’s decision by endorsing a letter that New York Attorney General Eric Schneiderman released last week. Coequyt pointed out that five of those states – California, Colorado, New York, Virginia and Washington – have gone beyond slamming the decision and explicitly announced they would comply with the CPP, regardless of what the Supreme Court decides.

Not surprisingly, four of the five states on Coequyt’s list and 10 of the 14 on Schneiderman’s are already implementing market-based mechanisms to reduce greenhouse-gas emissions, or are very close to doing so.

More specifically, of the five on Coequyt’s list, California and New York are currently participating in carbon markets: California under its own cap-and-trade program linked with Quebec, and New York under the Regional Greenhouse Gas Initiative (RGGI). Meanwhile, Washington state intends to link with California’s market, and Virginia has a bipartisan bill to join RGGI, which already has  9 members – New York, Connecticut, Delaware, Maine, Maryland, Massachusetts, New Hampshire, Rhode Island, and Vermont – that engage in emissions trading.

Of the other two, Virginia is a coal-producing state whose governor, Terry McAuliffe, said in a statement that the CPP will help the state “reduce carbon emissions and stimulate our clean energy economy;” while Colorado is kind of an odd man out: on the one hand, it explored carbon trading through the Western Climate Initiative, and its (prosperous) city of Boulder uses a carbon tax to control emissions, while Governor John Hickenlooper sees clean energy as a pathway to growth. On the other hand, Attorney General Cynthia Coffman is one of those who sued to stop the CPP, and the state doesn’t have any real proposals for carbon trading.

Of Schneiderman’s 14, eight are trading carbon (the eight RGGI members, plus California). Throw in Washington State, and nine of the 14 are either trading carbon or close to it. Of the others, Oregon legislators are weighing a cap-and-trade bill, while both Oregon and New Mexico, like Colorado, were also part of the WCI, and Illinois is part of the Governors’ Climate & Forests Task Force, a global linkage of states around the world looking to slow climate change by saving endangered forests.

Of all these efforts, California’s is the most advanced, and not only is it slashing emissions, but its economy has been on a terror since implementing cap-and-trade, which in turn is bringing about $1 billion per year into state coffers for emission-reduction projects.

That doesn’t mean carbon markets are magic. They don’t solve the problem automatically, but they do provide the kind of clarity that’s needed to navigate this transition without breaking the bank.