Los Angeles is languishing under a toxic plume of methane, while the people of Flint, Michigan, can’t drink their water. Everywhere you look, modern cities are suffering dystopian dilemmas that can easily be remedied by partnering with nature, says Sissel Waage. 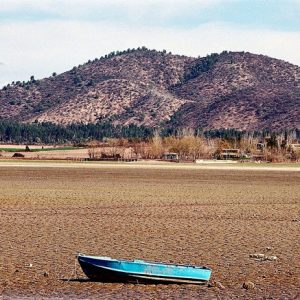 This story first appeared on Huffington Post. You can view the original here.

26 January 2016 | Imagine a Hollywood movie focused on technologies of the future and how they are going to change society. Three parallel stories, set in densely populated urban areas – New York, Sao Paulo, and Bangkok – would flick through a series of ever-smarter, ever-more-efficient technologies that shape how people live. Society would be buzzing with free floating information and ongoing innovation.

Until, someone turns on a faucet for a glass of water and nothing comes out – which then happens throughout the city. And another person leaves their apartment to encounter a smoke and haze-clouded street, where breathing is a challenge – for weeks or months on end. Or flooding has begun to occur regularly, at an unprecedented scale that shuts down the city.

The kicker – the problem encountered early on in the movie, which will need to be resolved prior to the end – is that a growing number of urban residents slowly become aware that the solutions to the issues are available, but just not being deployed. Therefore, the problems grow – resulting in increasingly unlivable cities.

What do you think the journey of the main characters in this movie will be? And how do you think that this film will end? Likely, citizen unrest; potentially, mobilization of students and citizen activists, and probably, significant change.

Sadly, this idea is not actually a Hollywood concept. It is actually happening around the world.

Urbanization. Advancing technologies. Glee and joy – with all that we can now do and accomplish. Interrupted by periodic unpleasant situations and (more recently) bizarre, seemingly hard to explain natural disaster-related situations.

Major metropolitan centers now do have faucets that no longer reliably convey water (Sao Paulo, Brazil). Cities do have smoke-filled air from smoldering forest and peat-land fires, which is shutting down schools and almost all activity (Indonesia and Singapore). Major infrastructure is being shut down due to unusual landslides, sparked by heavy rainfall on denuded hill sides (Highway between San Francisco and Los Angeles). Flooding has occurred in urban areas in unprecedented ways, which is being linked to unravelling ecosystems that used to provide buffers from impacts or building in ecosystems that will continue to operate in the ways intended, such as floodplains (New Orleans, Bangkok, and Chennai).

These events literally situate people in their landscapes. And they remind us that economic, social and cultural systems are built within ecological, hydrological, and atmospheric systems. Climate change is more often pointed to now, as a root cause and driver; which is both true and more complex, since climate change is often but one of several dynamics at play.

What is often missed within the discussion is how to respond.

A key pathway forward is transitioning to a low carbon economy, with the private sector committing to a set of transformative actions, ideally within a supportive public policy context. Concurrently, investments–across public and private sectors alike – need to be made to lessen negative impacts of climate change, and other dynamics at play, with approaches that have been shown to work.

In addition, investments in green infrastructure and restoring natural ecological systems are essential. Simply put, planting trees in areas that have been deforested. Planting native grasses and vegetation in rangelands. Restoring meanders to rivers, and enabling floodplains to play their role. The list goes on.

These responses leverage existing (natural) systems and have no costs after initial establishment.

Consider, for example, New York City’s investments in protecting and improving land management in the Catskills, to ensure water quality for its urban citizens (rather than building additional wastewater treatment facilities). And consider the company, Dow, that faced wastewater treatment issues and found that a wetland provided the solution. And consider the mangroves and coral reefs that buffer coastal areas when storms, as well as the floodplains that can absorb and diminish high water flows.

The lists of natural solutions goes on and inspires a few riddles:

How do you ensure that cities maintain access to rainfall needed to fill their drinking water reservoirs? You ensure that large swathes of forests continue to exist–through reforestation of deforested areas–so that the trees will evaporate significant amounts of water to form “flying rivers” that can be carried by the wind to drier places and fill reservoirs through rainfall.

How do you prevent large landslides? You ensure that there is something on the bare soil holding it in place – which trees, and some grasses, can do remarkably well.

How do you mitigate the effects of massive flooding from storm surges or upstream heavy rainfall? You ensure that in coastal areas, coral reefs and mangroves exist (and are protected or restored) to break the waves. Looking upriver, you ensure that floodplains can operate as (you guessed it) floodplains.

Investing in green infrastructure is key to cities. It is key to livability. And it is key to stable communities where people (and workers) live. Yet, delighted with modern industrial technologies, we tend to overlook these basic, often far lower cost solutions to the challenges that urban areas are facing around the world.

A growing set of tools now exist to identify where and how investing in restoration of green infrastructure will make a difference–such as the Stanford University-, WWF-, and TNC-created Resource Investment Optimization System (RIOS) and the Earth Genome Project’s Green Infrastructure Support Tool (GIST), as well as numerous others listed in a BSR report.

Here’s the kicker to the movie though – the one in which we are all currently living. We will have continued problems if we don’t incentivize more private sector investment into restoring nature, and if we don’t engage in more public-private-nonprofit partnerships to do the dirt-under-the-fingernails work of restoring ecosystems across property lines.

The examples are many, such as those in the WBCSD’s “Natural Infrastructure for Business” case studies, Natural Capital Hub, and the growing body of green infrastructure literature, such as from TNC, US EPA, and in articles on climate change adaptation and resilience.

The time is now to roll up our sleeves and invest in the re-planting and restoring the forestlands (such as in the Amazon and Indonesia), the grasslands, and the watersheds around the world.

For private sector decision-makers, the pathways forward are clear. Allocate personnel and budget to conduct a corporate water risk assessments. Review the status of biodiversity loss in corporate areas of operation and supply chain sites. And examine whether business assets, facilities, and supply chains are in deforested areas and contributing to deforestation. And then, explore where, how, and at what cost business challenges can be addressed with investments in ecological and watershed restoration.

The findings may surprise you, as they have other early adopters, as investing in nature can solve business problems, provide local community value, and save money.

Sissel Waage is Director of Biodiversity and Ecosystem Services at BSR. She can be reached at [email protected]