Biodiversity offsets has the potential to implement high quality conservation in the face of encroaching development. But, unless it’s under attack, the concept remains almost unheard of among consumers. This is a big problem, according to a researcher on the subject who says growth and regulatory support depends on public opinion. 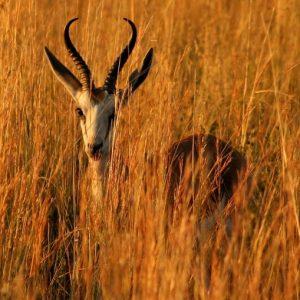 2 December 2014 | A visit to the SpeciesBanking website confirms what specialists have known for some time: that the practice of offsetting impacts to biodiversity is widespread. And while national, regional and local practices vary widely, one point is clear: offsetting is an increasingly important mechanism for conservation as more and more companies use them to mitigate their biodiversity impacts.

However, few firms are choosing to offset as a way to manage their image and show consumers that they are environmentally-responsible companies. The reasons for this may lie with the fact that very little is known about what consumers think of biodiversity offsets. And this unawareness at the consumer level could be impacting the sector’s ability to expand.

The ethical consumer – a new frontier for biodiversity offsets?

For decades there has been an interest in understanding how consumers’ ethical and environmental preferences translate into behaviors. So far, these preferences has translated into what is known as the ethical consumer – buyers genuinely interested in making purchases that have little negative environment and social impacts. Experts routinely suggest that these ethically-motivated consumers will drive companies to lessen their environmental impact, by withdrawing their support – and their custom – from those firms perceived as causing unnecessary damage.

There is evidence that this is indeed the case: on the one hand, study after study has shown that people prefer to associate with brands and products lauded for their sustainability. Green is good, and the halo effect of sustainable products is not negligible. On the other hand, the growth of ethical markets such as FairTrade, organic, low carbon, and more recently FairWage – has been a well-documented phenomenon. Ethical and environmental actions by companies add value to products and improve brand reputation. Caring consumers will potentially pay more for products from businesses taking action to make the world a better place.

Despite this potential, the ethical consumer remains one of the great untapped resources in the development of biodiversity offsets. While many companies acknowledge the potential of offsetting as a mechanism for assuring regulatory goodwill and securing social license to operate, there is very little evidence that it is being used as a mechanism for managing corporate reputations or corporate social responsibility.

Apart from Walmart’s association with the Acres for America programme, no companies have chosen to publicise their involvement with offsetting. In fact, the concept of offsetting biodiversity impacts remains virtually unheard of among consumers. And therein may lay one of the big problems for the offsetting industry.

No net loss of biodiversity is not only a good formulation of an objective; it is also a high threshold. And the uncertainties associated with it often mean that, in order to demonstrate achieving no net loss, developers and offset providers prefer to err on the side of caution, and employ high ratios of offset-to-development area. It also means that care is taken to minimize activities harmful to nature. No net loss of biodiversity, along with ideas such as zero net deforestation, has the potential to be a good reputation management tool.

However, the reluctance of talking about offsetting to consumers has created a situation where, in Britain at least, biodiversity offsets are more often than not publicly attacked and condemned as a license to trash. Seizing on the complexities of offsetting and on the uncertainties surrounding how it is done, its limitations and its uses, critics of biodiversity offsetting have been much more vocal about the topic than proponents, making use of both broadcast and social media to promote this idea of license to trash.

From good intentions to good communication

For all the questions surrounding it, there is no question that those involved in biodiversity offsets have the best of intentions. People genuinely want to do something which is both good for nature and for business. And close observation of the debates within the community reveals that all those involved are aware of the challenges and limitations of biodiversity offsets.

But it’s clear, in Britain at least, that this message isn’t reaching the consumers with those in opposition to the mechanism communicating the most. This constitutes a problem: in democratic societies, public support is required for initiatives to be successful. And while promoters of biodiversity offsets have, rightly, attempted to obtain the attention and support of policy makers, they must also take the time to address consumers.

Because majority of consumers haven’t heard of biodiversity offsets, we genuinely don’t know how they will feel about them. But finding out is crucial because the future of this mechanism just might depend on where they stand.

Carlos Ferreira is a Research Assistant in the Center for Business in Society at Coventry University. He can be reached at carlos.ferreira@coventry.ac.uk.