As Florida recovers from Hurricane Irma and wildfires ravage the Pacific Northwest, the number of extreme weather events has topped 400 per year. That’s quadruple the rate of 1970, and scientists overwhelmingly attribute the rise to climate change. US Environmental Protection Administrator Scott Pruitt, however, says now is not the time to discuss such matters. Here’s why he’s wrong, and what we can do to set things right. 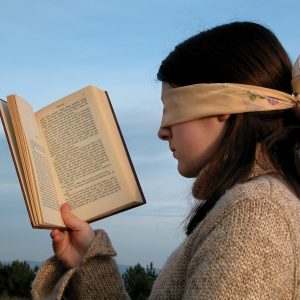 13 September 2017 | US Environmental Protection Agency boss Scott Pruitt says that anyone who mentions climate change in these times of imminent crisis and danger is putting the people of Florida at risk.

He said it after leading climate scientists wrote that higher temperatures and higher water levels certainly ratcheted up the intensity of hurricanes Harvey and Irma, and CNN asked Pruitt for his opinion.

He’s wrong, of course, and not just because there’s no “discussing versus helping”. You can do both without detracting from either.

No, he’s wrong because he’s intentionally framing Hurricane Irma as an isolated event, an old shyster trick called “misdirection” that, in this case, diverts attention from the fact that Hurricane Irma’s intensity was simply the local manifestation a global phenomenon that includes Hurricane Harvey and at least 120 separate wildfires raging across Oregon, Washington, and Montana – as well as the torrential floods that displaced more than 40 million people across Bangladesh, India and Nepal in August, not to mention last year’s drought in Brazil, and this year’s drought in Kenya.

He’s wrong to frame such events as random acts of nature, because science tells us that climate change increases the number of extreme weather events – which have, in fact, quadrupled since 1970 – and he’s wrong to dismiss the Intergovernmental Panel on Climate Change’s (IPCC) detailed guidance for “Managing the Risks of Extreme Events and Disasters to Advance Climate Change Adaptation,” which came out in 2012.

The land systems of the United States alone absorb about 850 million metric tons of carbon dioxide every year, which means they remove about 16 percent of the greenhouse gasses that the energy and industrial sectors are generating. If they degrade, however, they’ll become carbon dioxide sources instead of sinks. For evidence, look no further than the Northwestern fires raging right now: they’ve incinerated more than 2 million acres of forest since the start of summer, pumping at least 160,000 metric tons of carbon dioxide into the atmosphere.

Unforgivably, none of this is new or secret. In a 2015 paper called “Building Carbon in America’s Farms, Forests, and Grasslands: Foundations for a Policy Roadmap,” researchers affiliated with Ecosystem Marketplace publisher Forest Trends argued that, if properly managed, US land systems could be offsetting up to half the country’s emissions by 2050. The Obama administration picked up on the idea and wove it into its “Mid-Century Strategy for Deep Carbonization,” which proposed the creation of incentives and support services to help private forest-owners manage their land more sustainably.

The Trump administration mothballed the plan, of course, which is tragic because our ecosystems are now so degraded that we have no choice but to actively manage them, as a study published last month in the journal Nature, makes clear. The authors found that droughts are now impacting more of the Earth’s surface than ever before, while the ecosystems that store and manage water are taking longer to recover. The conclusion, lead author Christopher Schwalm of the Woods Hole Research Center told NASA, is that “under business-as-usual emissions of greenhouse gases, the time between drought events will likely become shorter than the time needed for recovery.”

So, while Pruitt refuses to even discuss climate change, countries around the world are both moving the Paris Climate Agreement forward to reduce missions and developing “green” (as opposed to “gray”) infrastructure by fixing floodplains, restoring mangroves, and taking other measures to make their ecosystems more resilient.

Ecosystem Marketplace research shows that countries invested nearly $25 billion in green infrastructure initiatives in 2015, and that impact investors have put more than $8.2 billion into programs designed to make money by promoting sustainable land use.

It’s a growing sector that the United States, ironically, pioneered: its restoration sector  employs more than 220,000 people who plant trees, restore wetlands, and fix degraded rivers and streams; but it’s a sector that only exists because of the Endangered Species Act and the Clean Water Act, both of which mandate that companies more than make up for any damage they do to waterways or habitat – and both of which the Trump administration aims to gut.

With all this baggage, it’s no wonder Administrator Pruitt wants to avoid mentioning climate change and hurricanes in the same breath. Given the stakes, however, it’s critical that the rest of us force that discussion.