As a nation that depends on its natural carbon sinks to meet its greenhouse gas reduction goals, New Zealand was the only developed country to make its international climate pledge conditional on the inclusion of carbon markets in the Paris agreement. But at home, forest carbon has struggled to sell in New Zealand’s Emissions Trading Scheme, facing crushingly low prices and oversupply. A new discussion paper offers opportunity for reform. 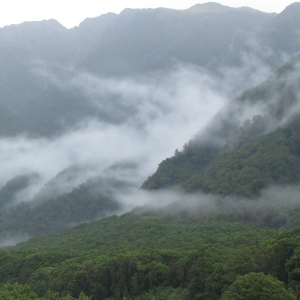 17 December 2015 | Late last month, the New Zealand government published its expected emissions trading scheme (ETS) review and discussion paper. Unexpectedly, the government openly questioned many features of the ETS that forest owners and others have long critiqued, asking stakeholders for feedback on a floor price, international units, and the controversial 2-for-1 rule that gives leeway to emitters.

Is this a change of heart, or timely politics?

New Zealand has historically racked up a number of the infamous Fossil of the Day awards at the United Nations climate negotiations for what the Climate Action Network dubs behind-the-times policy positions. While the country is an avid supporter of carbon markets, it has done little to reduce its footprint outside of offsetting. In fact, from 1990 to 2013, New Zealand’s gross emissions actually increased 21.4%, making it one of a handful of developed countries that did not achieve actual emissions reductions. Only after including market mechanisms (particularly international offset purchases) and carbon sinks (domestic forests) did New Zealand report emissions reductions in line with its original target of reducing emissions to 1990 levels by 2012.

Despite this history, this new discussion paper aimed at reforming the ETS has been welcomed with various degrees of optimism by the forestry sector in New Zealand.

“The discussion document is refreshing in its candor. It clearly states that New Zealand needs to reduce its carbon emissions and for this to happen, policy settings need to change,” Forest Owners Association chief executive David Rhodes said in a press release.

Ollie Belton, Managing Director at Carbon Forest Services, was a bit more cautious. “If you take them at their word, you might think they are prepared this time around,” he said.

The forest sector was the first to enter the New Zealand Emissions Trading Scheme (NZ ETS) back in 2008, due to its significance as the country’s largest potential carbon sink. Forests are largely credited with allowing New Zealand to meet its initial 2008-2012 commitment under the Kyoto Protocol, an international treaty that placed binding reduction targets on participating states (See: New Zealand: A Brief Timeline).

However, planting new forests has largely stopped in recent years, in part because of weak incentives under the long-running ETS. In particular, domestic offset prices plunged from NZ$20/tonne in 2010 to NZ$1.50 in 2013 as a result of the unlimited inclusion of Clean Development Mechanism offsets from projects located from outside of New Zealand, which hit a low of NZ$0.20/tonne in 2013.

In part influenced by these policies, a recent government estimate found that only 43,000 hectares were planted in 2014 compared to 50,000 hectares harvested, representing a net-loss for a country banking on increasing forest carbon stock over time. This represents a potential problem for New Zealand’s emissions target, since many of the trees planted in the 1990s are set to be harvested around 2020 – a potentially huge source of emissions.

However, the government may yet have a silver lining: since the end of New Zealand’s first compliance period, regulated businesses can no longer use international offsets as of May 2015. Domestic offset prices have risen since then, last transacting at NZ$8.55 at the end of November – a price not seen since 2012.

The deforestation report, which asked respondents about reasons for deforesting in addition to collecting hard numbers, cited low carbon offset prices as an incentive for cutting trees but said prices of $10/NZ could spark landowners to reassess their plans.

Topics on the table

The ETS discussion paper is now open for public comment through February 19 for priority issues (see the “2-for-1 Rule”) with potential legislation occurring in 2016. Responses are accepted through April 30 for the less urgent topics.

2-for-1 Rule: Emitters surrender only one allowance for every two tonnes of carbon dioxide emitted. Developed during the ETS’s “transitional phase,” the rule was extended during and after the worldwide economic recession.

Foreign offsets: International offsets had unrestricted access to the New Zealand market starting in 2010. Prior to the influx of these units, when New Zealand restricted offsets to those from projects located within its borders, carbon offsets sold for as much as $20/tonne. After foreign offsets flooded the market, prices fell dramatically and reached a low of $.20 tonne in 2013.

Price: The discussion paper acknowledged the historical price fluctuations and suggests setting a price floor. While the ETS has an option for emitters to buy allowances at a fixed AU $25 price – the price ‘ceiling’ – there is currently no limit in price decreases.

All eyes on Paris

Though international offsets are no longer accepted in the market since May 2015, that is only because New Zealand opted out of the second Kyoto Protocol commitment period. The discussion paper makes it clear that such offsets still remain on the table for 2020 and beyond, and New Zealand is the only developed country to specifically make its INDC conditional on access to international carbon markets. In Paris, the country led a declaration in support of carbon markets, which highlighted the wish “to send a clear signal to the global carbon market and provide certainty that there is an important role for markets in the post-2020 period”. The full text is due out on Monday and is currently signed by seventeen other countries.

With the conclusion of the Paris Agreement, access to those markets seems likely as the agreement establishes both a universal market-based mechanism (in similar vein to the Kyoto Protocol’s Clean Development Mechanism and Joint Implementation programs) and allows for countries to create their own international market linkages. However, Climate Change Ambassador Jo Tyndall cautions that “it’s too soon to say” until the government has had time to fully analyze the agreement. Speaking further on the issue, Senior Communications Account Manager at the Ministry of Environment Elspeth McIntyre added the such a decision will likely occur “at the same time New Zealand ratifies the Paris agreement.”