The Green New Deal may have failed in the Senate, but Democrats and even some Republicans are introducing legislation to address climate change, and the emerging targets can’t be achieved without some form of carbon pricing. That means the revival of an old debate, and possibly the resurrection of some old myths. Here are the old myths, together with findings showing why they belong on the scrapheap of alternative facts. 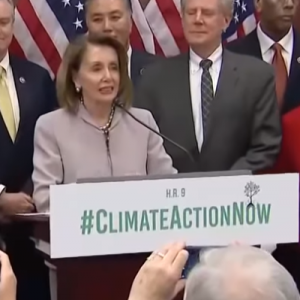 15 April 2019 | Every few years, New York University’s Institute for Policy Integrity surveys economists who have expertise on climate change, and it always finds overwhelming support for putting a price on carbon to drive down emissions — support that ideologues on the right routinely dismiss, usually on unfounded “economic” grounds, while those on the left decry the folly of letting emitters “buy their way out” of their commitments.

As the US House of Representatives moves forward with legislation following in the wake of the Green New Deal (which isn’t dead, by the way), here is a look at some interesting findings from our 2017 report: Unlocking Potential/State of the Voluntary Carbon Markets: Buyers’ Analysis. In this survey, we looked at companies that buy carbon offsets voluntarily, because that’s where much of the US action has been these past few years.

In cap-and-trade systems like the US has in California and the Northeast, companies buy offsets to comply with the law, which is how true carbon pricing drives emissions lower. The drivers may be different, but the mechanisms are the same.

MYTH 1: Companies that buy offsets are just buying their way out of their obligations.

Our research shows the opposite: namely, companies are purchasing offsets as one of many ways to fulfill their carbon reduction obligations. Those companies that do buy offsets are doing so as part of an overall carbon management strategy and they mostly use offsets to tackle emissions they can’t eliminate internally. Some companies, like Disney and Microsoft, have created an internal “price on carbon,” where the company charges itself for every ton of carbon it produces and uses that income to purchase offsets. The idea is that incorporating carbon into the company’s bottom line will focus attention on emissions and accelerate reductions.

In the early days of carbon markets in the early 2000’s, voluntary offset quality was a mixed bag—some projects were well-planned and some were not. A few unscrupulous “carbon cowboys” made headlines after their offsets were found to be double-counted or illegitimate. But carbon markets have come a long way since then. Carbon standards require developers to demonstrate that their emissions are:

MYTH 3: Offsetting barely makes a dent—it’s not sufficient for the large-scale change we need.

This one might be sort of true, but that’s because offsets are designed to be part of an overall reduction strategy and not a substitute for one. Companies surveyed in the report typically offset less than 2% of their total emissions, usually because they’re using offsets to compensate for just one segment of that total, like employee travel or the carbon footprint of a single product. Even the small percentage, however, represents a tangible impact on the climate. As more companies sign on to initiatives like the Science Based Targets or the Carbon Offsetting and Reduction Scheme for International Aviation (CORSIA), the percentage of emissions they offset may go up.

MYTH 4: Offsetting is niche or arcane.

A lot of prominent brands use offsetting, including household names like General Motors, Delta Air Lines, and Microsoft, all of whom were among the top five buyers on the voluntary market in 2014.

Of the nearly 2,000 companies who publicly disclosed emissions data to CDP in 2014, 248 (17%) invested in projects to reduce carbon emissions outside of their immediate operations.

Of the 140 MtCO2e in offsets reported to the CDP, companies purchased nearly 40 MtCO2e (with the remaining companies either producing offsets for sale externally or offsetting internally within their suppy chain). This is equal to the carbon sequestered by 1 billion tree seedlings grown over 10 years.