A growing number of leading businesses are thinking long-term about climate change and adopting comprehensive strategies for reducing their carbon footprints, says a new report from Ecosystem Marketplace, out this week. The report, which surveyed companies purchasing carbon offsets, finds that several companies are offsetting to address their unavoidable emissions. 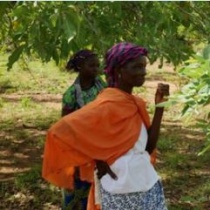 15 July 2016 | Washington, D.C. | Among a group of nearly 2,000 companies that publicly disclosed data in 2015, 17% use offsetting as part of a carbon reduction strategy – including familiar household names such as L’Oréal, General Motors, and Delta Air Lines – according to a new report by Forest Trends’ Ecosystem Marketplace, Buying in: Taking Stock of the Role of Carbon Offsets in Corporate Carbon Strategies.

Some of these brands have very real operational concerns that drive them to fight climate change. Sportswear manufacturer PUMA worries that weather changes and temperature extremes could affect its cotton farmers. In the tech sector, global warming might increase the cost of cooling large data centers for businesses like Google and Microsoft. Delta anticipates that since higher temperatures decrease air density, climate change may increasingly force their planes to carry lighter loads (e.g., fewer passengers), leading to a drop in revenue.

How are these companies tackling the challenge? With few other options to reduce emissions (there is no carbon-neutral jet fuel yet), Delta has turned to purchasing voluntary carbon offsets to address some of its unavoidable emissions – and also to prepare for coming regulation. They’re hardly alone: of all 1,896 companies who publicly disclosed data to CDP (formerly Carbon Disclosure Project) last year, 248 invested in projects to reduce climate-changing emissions outside of their immediate operations, purchasing the equivalent of 39.8 million tonnes of carbon dioxide (MtCO2e) in 2014.

Others are taking a different approach by generating offsets within their own supply chain – L’Oréal, for instance, does so by distributing cleaner-burning stoves to women in Burkina Faso who boil the shea nuts used in its cosmetics products. In total, 79 businesses generated 102.4 MtCO2e in emissions reductions within their own operations or supply chains in 2014, often to meet voluntary targets.

Aside from offsetting, 435 compa nies now assign an internal carbon price – triple the number of companies that had a price in 2014 – and another 538 have plans to do so in the next couple of years, indicating that businesses are starting to quantify climate risk and factor it into their operational budgets. Some – Barclays, Disney, Microsoft, and Swiss Re are prominent examples – go so far as to charge their business divisions a fee based on their emissions, incentivizing them to reduce their carbon footprint while also raising money that can then be reinvested in energy efficiency or used to purchase offsets. The price companies assigned ranged widely, but the median value of US$18/tonnemakes the average price for offsets on the voluntary market (US$3.3/tonne) look like a good deal for many companies looking to reduce their climate risk.

The vast majority of the 248 companies purchasing offsets did so on a voluntary basis, while only 21% reported purchasing these offsets to comply with regulations in places like California. The single sector with the most voluntary offset buyers was finance, where one in five firms voluntarily purchased offsets; top buyers in this category included Deutsche Bank, Credit Suisse, and JPMorgan Chase & Co.

Another significant portion of buyers hailed from sectors where reputation – keeping in good standing with consumers, shareholders, and employees – is an important factor for success, such as consumer goods & retail, and technology. Led by Delta (#3 among voluntary buyers, by volume) and Qantas (#13), 11 airlines offset carbon in preparation for industry-wide regulation from the International Civil Aviation Organization (ICAO).

In analyzing where companies’ reported emissions come from, the report found that three-quarters of companies’ collective emissions are indirect – they happen upstream in supply chains or downstream in customers’ use of products. Compared to direct emissions, which can be reduced by taking steps like installing renewable energy and increasing efficiency, these indirect emissions are still the “elephant in the room” – and offsetting is one of the only ways to address them immediately. Those companies that choose to offset are more proactive than other companies in reducing both their direct and indirect emissions, the report finds.

Last year, EM’s previous report on this topic showed that offset buyers had more ambitious greenhouse gas reduction targets and did more across the board to directly reduce emissions compared to companies that don’t offset. This year’s report adds to this by finding that 88% of voluntary offset buyers and 92% of compliance buyers had emissions reductions targets and that a number of companies also signed on to the Science Based Targets Initiative, aligning themselves with the larger goal of limiting global warming to a maximum of 2 degrees Celsius. In addition to demonstrating a “big picture” perspective, companies that use offsets also did not shy away from putting their money where their mouth is, and in 2014 these 327 businesses invested more than US$42 billion in emissions reductions activities, surpassing the combined investment of the 1,522 companies who did not engage in offsetting (US$41 billion).

In 2015, 30,000 women in Burkina Faso harvested and processed nuts used to produce the shea butter that makes its way into L’Oréal creams and cosmetics. A project to distribute clean-burning cookstoves will save the emissions
associated with deforestation. | Photo courtesy of L’Oréal.