Republican lawmakers have been reticent about directly attacking popular laws like the Endangered Species Act and the Clean Water Act, but the Trump Administration has chosen to undermine them by stealth – specifically by making changes to the rules it creates for implementing them. A new change to the Endangered Species Act aims to make the law more business-friendly, but chances are it will only be friendly to a few businesses, like mining and logging. 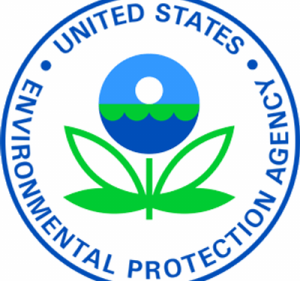 16 August 2019 | The Trump Administration says it “ improved “ the Endangered Species Act (ESA) this week by creating a new rule that incorporates the cost of lost profits from logging, mining, and other operations into the process of identifying endangered species.

The rule has been rightly slammed for reducing environmental protections and excluding climate impacts from habitat decisions, but it should also be slammed for its impact on rural American workers.

It could hit them hard.

That’s partly because profits aren’t jobs. In fact, they’re often the opposite: companies save money by cutting jobs, and the ESA helps support a $25 billion “restoration economy” that directly employs 126,000 people and supports 95,000 other jobs – mostly in small businesses – according to a 2015 survey that environmental economist Todd BenDor conducted through the University of North Carolina at Chapel Hill.

That’s more jobs than logging, more than coal mining, and more than iron and steel, as you can see here:

The restoration economy is already providing jobs for loggers across Oregon, and even some coal miners in Virginia, but it could disappear if the GOP environmental rollback continues. Here are 11 things you need to know to understand it.

The demand for restoration, however, isn’t as automatic as the demand for electricity is, because most companies and even some landowners won’t clean up their messes without an incentive to do so.

Economists call these messes “externalities” because they dump an internal responsibility on the external world, and governments are created in part to deal with them – mostly through “command-and-control” regulation, but also through systems that let polluters either fix their messes or create something as good or better than what they destroy.

These are usually created by green entrepreneurs who identify marginal land and restore it to a stable state that performs ecosystem services like flood control or water purification. They make money by selling credits to entities – personal, public, or private – that need to offset their environmental impacts on species, wetlands or streams.

Government agencies are big buyers of credits, often to offset damage caused by infrastructure projects, but the link between infrastructure and restoration goes even deeper than that. In Philadelphia, for example, restoration workers are using water fees to restore degraded forests and fields as part of a plan to better manage storm runoff. In California, meadows and streams that control floods are legally treated as green infrastructure, to be funded from that pot of money. “Green infrastructure”, it turns out, is prettier than concrete and lasts longer to boot.

Trump wants to “expedite” infrastructure roll-outs, and he can do so without weakening environmental provisions by removing unnecessary delays in the permitting process (see point 11, below).

Nature is complex, and rigid regulations often fail to address that complexity, as environmental economist Todd BenDor makes clear when he points to regulations requiring the placement of silt fences in new subdivisions along waterways.

Even proponents of the system concede, however, that the permitting process is slow and tedious.

While the FWS administers credits for mitigation of endangered species, the Army Corps of Engineers approves mitigation credits for streams and wetlands, and they’re notoriously underfunded. This leads to long and costly delays, according to unpublished research that BenDor conducted with Daniel Spethmann of Working Lands Investment Partners and David Urban of Ecosystem Investment Partners.

Delays are so costly, they argue, that companies in the restoration sector might be better off paying 50-fold higher permitting prices that would give the agencies the staff needed to properly process permits, akin to expedited building permits, rather than paying banks the interest on loans for land where environmental improvements are being held up.

This story is adapted from a piece we ran in 2017. Click here to view the original.

The US is Finally Having the Only Climate Debate That Matters: How to Fix the Mess