Cities, towns, and companies that directly need water for their product poured $12 billion into projects that provide clean water by supporting healthy watersheds. That’s just a drop in the bucket compared to what’s needed, however, largely because energy providers and others dependent on clean water haven’t yet started pitching in. 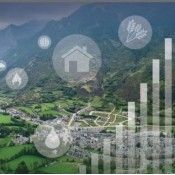 2 Sept 2014 | WASHINGTON | Last year, governments and companies invested $12.3 billion in initiatives implementing nature-based solutions to sustain the world’s clean water supplies. According to a new report from Forest Trends’ Ecosystem Marketplace, this funding – which supports healthy watersheds that naturally filter water, absorb storm surge, and perform other critical functions – flowed to more than seven million households and restored and protected a total of 365 million hectares (ha) of land, an area larger than India.
Up from $8.2B in investment tracked in 2011, the researchers say the sector’s continued growth and near-doubling of the hundreds of operational programs reflects governments’ desire to secure water quality and availability with affordable strategies that can complement or replace industrial infrastructure.

“Forests, wetlands, and other water-rich ecosystems are the first line of defense against the rising cost and receding availability of clean, healthy water,” says Michael Jenkins, President and CEO of Forest Trends. “Governments and businesses are finding that investment in watersheds is a cost-effective way to close the gap between what communities have and what they need to manage watersheds.”

The private sector invested another $41 million (M) into watershed health. Particularly active were businesses with obvious exposure to water-related risks, like private water utilities and the food and beverage sector. The Coca-Cola Company alone has invested at least $2.2M to date to support 20 such projects worldwide.

Other risk-exposed businesses such as energy utilities or agricultural producers were less active in 2013, with market participants linking under-investment to continued uncertainty around the water regulations that incentivize or compel restoration payments, as well as a lack of clear information about programs’ return on investment (ROI).

“The potential for scale is tremendous if the conservation world can deliver this kind of business intelligence,” says Ecosystem Marketplace Associate Director Nathaniel Carroll. “Buyers need to have a better sense of watershed projects’ ROI, whether that is measured as gallons of aquifer recharge, or as cost savings or some other dollar value. It’s here that we see a lot of advancements and promise.”

Respondents to Ecosystem Marketplace’s survey reported $6B that has already been committed to watershed investment activities through 2020. Leaders in the field are looking to the private sector, climate finance, and the re-allocation of infrastructure spending as future financing channels.

The report’s executive summary is available at this link: www.ecosystemmarketplace.com/reports/sowi2014

The report is publicly available due to support from the Swiss Agency for Development and Cooperation, the World Bank Program on Forests (PROFOR), and the Grantham Foundation.