Amazon founder Jeff Bezos has announced the first $791 million of his $10 billion in climate largesse. Most of the money will go to larger, established NGOs active in natural climate solutions, but some newcomers are included as well. 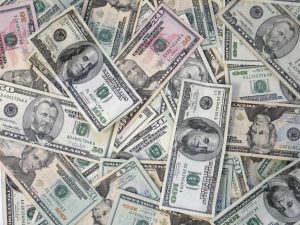 16 November 2020 | Amazon founder Jeff Bezos on Monday used Instagram to unveil the first recipients of grants from the $10 billion Bezos Earth Fund, and most of the recipients are household names.

Much of the money will go towards natural climate solutions and efforts intended to generate further reductions by generating knock-on activities. WWF, for example, said it will focus on the restoration of forests and degraded mangroves in Colombia, Fiji, Madagascar, and Mexico. It will also support markets for biofuel built around seaweed.

EDF will use the money to support its MethaneSAT project, which aims to locate and measure emissions of methane – a greenhouse gas that traps 80-times as much heat as does carbon dioxide in the short term.

EDF will also use the money to “build confidence in carbon credits by improving scientific understanding of the storage and removal of carbon using nature-based processes in forests, agricultural soils, and oceans.”

NRDC will use some of the funds to “protect and restore ecosystems that store carbon (like forests and wetlands), and accelerate sustainable and regenerative agriculture practices.”

TNC will use its funds “to advance climate science, protect old-growth forest in U.S. and Canada, and promote climate-friendly agriculture in NW India.”

Among the smaller recipients, the Eden Reforestation Project will receive $5 million to plant trees, but the group’s web site lists no formal carbon methodologies.

“I’ve spent the past several months learning from a group of incredibly smart people who’ve made it their life’s work to fight climate change and its impact on communities around the world,” Bezos wrote. “We can all protect Earth’s future by taking bold action now.”

The Fund has been operating quietly since Bezos first announced its formation in February, and there is still no indication of where the remaining $9.2 billion will end up.

Photo by Tracy Olson from FreeImages