Developing countries are the most vulnerable to – and least responsible for – climate chage, but new research shows that some of them can dramatically boost their economies by managing their forests, farms, and fields in ways that pull greenhouse gasses from the atmosphere. 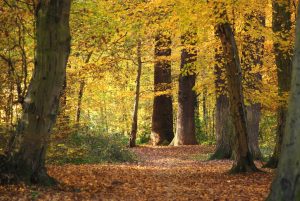 27 January 2019 | Most countries are clearly slacking in the global effort to meet the climate challenge, but Costa Rica isn’t among them. Indeed, while global greenhouse-gas emissions have spiraled dangerously upward over the past decade, this tiny nation has reeled its emissions in by reviving its forests and shifting to renewable energy. Last year, the government unveiled a 30-year plan to slash emissions 45 percent in the next decade and to achieve zero net emissions by 2050.

It aims to achieve this in large part by doing more of what it’s done already – namely, pushing the envelope on “natural climate solutions” (NCS) that boost the carbon-storing potential of forests, farms, and fields.

There’s plenty of reason to believe Costa Rica will not only meet but beat its goals, and a new paper published today in the journal Philosophical Transactions of the Royal Society B offers one of them. Entitled “National mitigation potential from natural climate solutions in the tropics,” the paper found that roughly half of all tropical countries can reduce their emissions about 50 percent by embracing NCS strategies, and that many of these countries can remove more greenhouse gas than they emit while boosting their economies.

At a carbon price of $50 for every metric ton of CO2 removed from the atmosphere, for example, Costa Rica can go beyond net-zero and end up pulling four times as much greenhouse gas out of the atmosphere as its entire economy emits right now. At that same carbon price, the Central African Republic can use NCS strategies to boost its GDP a staggering 90 percent.

You can hear the full interview with lead author Bronson Griscom on Episode 54 of the Bionic Planet podcast. Available through all major podcatchers and on this device here:

Authored by scientists from 17 organizations, the new paper looks at 12 natural climate solutions across 79 tropical countries and identifies activities that can reduce carbon dioxide emissions by 6.6 billion metric tons per year – ore more than all of the emissions generated by the United States – at a price of $50 per ton or lower.

“We found a wide variance among countries in the types of interventions that can deliver results,” said lead author Bronson Griscom, Senior Director of Natural Climate Solutions for Conservation International. “The Solomon Islands, for example, can make tremendous gains by managing their production forests more effectively, while Kenya can make tremendous gains by doing the same with agriculture.”

The paper comes at a critical moment in human development, with humankind now actively managing more than half of Earth’s ice-free land.

“The human footprint is expanding, and the population is still growing, but the rate of population growth is declining,” says Griscom on an episode of the Bionic Planet podcast scheduled to drop on January 28. “Meanwhile, our technology – our practices for agriculture – are continuing to improve so that we can produce more food per hectare from one decade to the next.”

We have, he says, the know-how to feed the world and reduce our footprint at the same time, but it comes as climate change threatens to decimate the world’s living ecosystems.

“This is hundreds of years in the making, and we’re at this inflection point now,” he says. “Ecotopia is out there, but so is climate change with all its potential tipping points in ecosystems and looming mass migration due to societal collapse.”

“We have all of these solutions in front of us, and we have this ticking clock,” he says. “We know what to do, and we have the means of doing it, but we have just a decade to do it.”

“Some countries have the resources and governance to move right now,” he says. “The idea is, ‘Let’s help those countries move quickly now, and let’s invest this decade in helping those other countries to prepare for major actions.'”

For the full interview with Bronson Griscom, be sure to check Episode 54 of the Bionic Planet podcast, which will drop on January 28 and is available on iTunes, TuneIn, Stitcher, and all major podcatchers.