Monday is a big day for biodiversity finance, as UN negotiators kick off the second week of talks in Nagoya with a look at the economic value of living ecosystems.  The high-level talks follow a week of scientific meetings highlighting the massive cost of environmental degradation — and the equally massive failure to account for that cost. 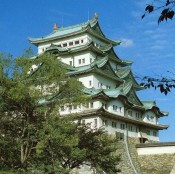 Monday is a big day for biodiversity finance, as UN negotiators kick off the second week of talks in Nagoya with a look at the economic value of living ecosystems.   The high-level talks follow a week of scientific meetings highlighting the massive cost of environmental degradation — and the equally massive failure to account for that cost.

22 October 2010 | Innovative financial mechanisms for biodiversity and ecosystem services received a mixed reception from the national delegations in the first week of the CBD COP-10 negotiations.   Plenary and smaller sessions met this week to discuss Agenda Item 4.4 on Strategy for Resource mobilisation and Agenda Item 4.10 on the financial mechanism (i.e. the Global Environment Facility)

The North and South Remain at Odds

Negotiations took a familiar track early in the first week of negotiations. Developing countries (the South) collectively called for developed countries (the North) to fulfill the obligations they assumed in 1992 when signing the CBD: to provide adequate and predictable financing in a timely manner (Article 20).

Not surprisingly, developed countries were quick to highlight their contributions to this year’s GEF replenishment, making GEF-5 (which will run from 2010 – 2014) significantly larger than GEF-4, with $1.2 billion going to the biodiversity focal area (a 20% increase).

Several countries welcomed increased funding through the GEF, but also highlighted the need to look beyond traditional financing mechanisms to achieve the kind of scale necessary to halt species loss by 2020.

“We have to recognize that there is still a big gap between the needs of developing-country parties for implementation of the convention and available resources,” the Chinese delegate said.

“There is a huge demand and huge need…to implement the convention and there is clearly a shortage of funds,” said the Swiss delegate, with the European Union pointing out that the true cost is “astronomical”.

Although the financing gap is large, it is achievable.   As we documented in The Little Biodiversity Finance Book, countries are collectively spending around $40 billion today to maintain natural capital, and IUCN is calling for $300 billion per year to protect biodiversity and ecosystem services.

Parties have repeatedly stated that a lack of financing was a major reason for failing to meet the 2010 targets, and that without adequate financing going forward we will not meet post-2010 targets. Parties are divided over how to close the financing gap for biodiversity and ecosystems. Six innovative financial mechanisms are included in the negotiation text:

Parties generally agree on two key points: first, innovative financing must be supplementary to traditional sources of finance and, second, existing mechanisms (i.e. the GEF) must be strengthened. The sticking point is deciding which of these innovative mechanisms should be developed, and when.

Many Parties highlighted during the week that subsidy reform (discussed under environmental fiscal reform) could raise significant finance under the Convention. Despite recurring calls for green fiscal reform over the past decade, subsidy reform has faced significant political hurdles on the ground.   Overcoming this challenge will be key if Parties are to raise finance through this mechanism.

Biodiversity offsetting mechanisms were also mentioned by a number of Parties, but received a mixed response with some stating that further information is still needed and that offsetting should not be included in the COP-10 decisions.

Another item receiving significant attention is the Green Development Mechanism (GDM) – a mechanism being considered under the CBD to “mobilise private finance by linking biodiversity supply with biodiversity demand through a market mechanism.”. Currently, the GDM is positioned as a voluntary mechanism for the private sector to invest in GDM-certified areas.

The Philippines, vocally supported by a number of developing country Parties, explained that there is a lack of clarity on what the GDM is and that it “smells” too much like the contentious Clean Development Mechanism (CDM) under the Kyoto Protocol.   While Belgium, representing the EU, tried to explain that the GDM “has nothing to do with the CDM at all.” The GDM is on the table in the draft decisions, but is struggling to survive COP-10.

Whilst some Parties like the EU and Norway are vocally supporting innovative financial mechanisms, and others like the Philippines (representing G77) and Kenya are openly questioning them, most Parties are simply asking for more information.

Brazil, a leader among the middle-income and developing countries, and a vocal member in the group of megadiverse countries, has repeatedly said that there are many mechanisms Parties could use to raise finance for biodiversity and ecosystem services, but are concerned that the current draft text is only focusing on a subset of these mechanisms.   As such they are calling for more information between now and COP-11.

With one week gone and one to go, there are still many outstanding items on the agenda. As negotiations intensify next week when national ministers arrive for the high-level segment, scaling up biodiversity finance will continue to take a front seat in the negotiations. In the words of the New Zealand negotiator “In the current economic environment we need to be looking for all potential sources of biodiversity funding that we can.”

Charlie Parker is the Head of Policy for the Global Canopy Programme.   His work focusses on forests, climate change and biodiversity. Charlie can be reached at [email protected]

Matthew Cranford is a Doctoral Researcher at the London School of Economics, he works with the Global Canopy Programme on ecosystem finance and can be reached at [email protected]

Together, they co-authored the Little Biodiversity Finance Book.