Hours before the Clean Water Rule was due to go into effect, a federal judge in North Dakota issued a temporary injunction that will halt implementation in 13 states. It’s the beginning of a long fight, supporters of the injunction say, and one that will inadvertently cause fluctuating demand for mitigation. 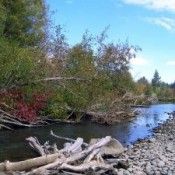 28 August 2015 | Today was the day the US Environmental Protection Agency and the Army Corp of Engineer’s Clean Water Rule was supposed to go into effect. But on Thursday, a federal judge in North Dakota halted the controversial rule in 13 states when he issued a temporary injunction arguing the risk of irreparable harm is imminent and likely.

The 13 states now exempt filed a lawsuit shortly after the EPA and the Corp finalized the rule in late May. The states are North Dakota, Montana, Missouri, Alaska, Idaho, Arizona, Arkansas, Colorado, Nebraska, New Mexico, South Dakota, Nevada and Wyoming and the injunction giving them exemption lasts throughout the litigation process, which could be several years-long.

The lawsuit argues the new rule is a federal overreach with private sectors, primarily agriculture, concerned about regulation on drainage ditches and other small collections of water. The EPA claims the rule is a clarifying measure that clears up years of confusion regarding which waterways are covered under Clean Water Act (CWA) jurisdiction. Only bodies of water that function like tributaries and carry pollution downstream will be regulated, the agency says.

The EPA says it will go ahead with implementation of the rule in all other states. Opponents to the rule, such as North Dakota Attorney General Wayne Stenehjem, are looking at this as a major victory in their fight against implementation. However proponents, like the Natural Resources Defense Council’s Jon Devine, argue the injunction is simply a temporary delay in making the rule the law of the land.

“As the rule would have had a large impact on those states, the injunction now is having a big impact by preventing the rule from going into effect,” said Damien Schiff, an environmental attorney with the law firm, Alston & Bird.

He noted states would have been affected more quickly than those regulated, which is perhaps why they pushed so hard for exemption-status. States would have had to immediately change CWA permitting procedures, Schiff explained.

These alterations to the permitting system not only affect states but also have an indirect impact on mitigation as they have the potential to increase demand. “There are more activities that require mitigation making the commodity mitigation banks are selling more desirable,” Schiff said. And the injunction affects that demand, he explained.

Although some in the mitigation space didn’t have high hopes the rule would lead to an actual increase in business. When the rule was first finalized, a Texas-based mitigation banker noted a rise in regulations often goes hand-in-hand with non-compliance.

“In my experience, when compliance gets more expensive you get fewer players willing to pay the price,” said Adam Riggsbee, the co-founder and President of RiverBank Ecosystems.

At any rate, Schiff said the EPA will likely appeal the injunction while moving ahead in states not exempt. The lawsuit filed in North Dakota is one of 10 ongoing lawsuits involving the Clean Water Rule. They’re made up mostly of states but do include industry groups along with a few private actors and environmental organizations.  This week, plaintiffs in two other cases requesting temporary injunctions presented their cases in US District Courts in Georgia and West Virginia. But in these cases, judges denied the request for a temporary injunction claiming they lacked jurisdiction. They agreed with the EPA and Corp that legal challenges against the rule could only be brought to the 6th Circuit Court of Appeals.

“This case will almost certainly end up in the Supreme Court,” Schiff said. “I think we’re looking at a least a few years before everything is definitively adjudicated.”