If you damage a wetland in the US, you must restore a comparable piece of property.  A 2008 regulatory rule says wetland credits from a mitigation bank should be your first option, but mitigation banks say this isn’t happening.  They want the Army Corps of Engineers to tell them why. The Corps says it’s just trying to be flexible – and promises more transparency. 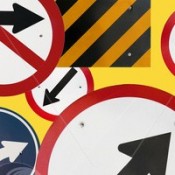 29 September 2010 | In April, 2008, wetland scientist Rich Mogensen read “The Rule” and speculated that the number of wetland mitigation banks in the United States could triple from 500 then to 1500 right about now as a result of its issuance.

Officially titled the Compensatory Mitigation Rule for Losses of Aquatic Resources, the Rule was jointly issued by the US Environmental Protection Agency and the Army Corps of Engineers (USACE) (with a push from Congress), and it declared that anyone who damages a US wetland should look first to mitigation bankers to compensate for the damage before exploring other alternatives.

Before the Rule was issued, only 30% of compensatory US wetland restoration was done by mitigation bankers.   60% of damaged wetlands were being replaced on-site by the people who did the damage, and the remaining 10% was being handled through in-lieu fee payments, which allowed developers to pay non-profits to perform the restoration – either before or after the damage had taken place.

The Rule’s “preference hierarchy” wasn’t random; it was based on a series of studies showing that mitigation banks tended to have “larger, more ecologically valuable parcels, and more rigorous scientific and technical analysis” than on-site mitigation, as well as on the fact that most banks complete wetland restoration before they sell mitigation credits, meaning there’s no drop in available wetlands between the time of the damage and the time of restoration.

Yet now it is almost 2 ½ years later, and mitigation banks still hold about the same 30% of all wetland mitigation, according to David Urban, president of the National Mitigation Banking Association (NMBA).   The association was one of more than a dozen that signed a letter to Jo-Ellen Darcy, the US Army’s Assistant Secretary for Civil Works, demanding more transparency from the Corps after many bankers complained that the ACE was not consistently implementing all aspects of the Rule (See “Download the Letter”, right).

The USACE says it’s implementing the rule consistently, and it reminds bankers of the clause at the end of the preference, which states: “…these same considerations may also be used to override this preference, where appropriate…”
That, they say, gives local district administrators the flexbility to make the final call on how best to mitigate wetland damages.

The Development of Regulations

In the 1990s, the Corps followed Congress’s explicit preference for on-site mitigation, with mitigation banking taking a back seat.   While both forms occured on the same watershed, on-site was economically cheaper and provided restoration even closer to the source-and mitigation banking was still in its infancy.

In 2001, however, Congress commissioned the National Academy of Science’s National Research Council (NRC) to study wetland mitigation.   It was discovered that the standards of mitigation banks were more ecologically beneficial than on-site mitigation.   The findings were published in Compensating for Wetland Losses Under the Clean Water Act, and the result was pressure to require all forms of compensatory wetland mitigation be held to these same standards.

The Regulation’s Impact on Mitigation Banking

By 2009, mitigation bankers had become frustrated with the implementation of the Rule and observed that the equivalent standards were not being applied in all circumstances.

“The Federal Rule is not ambiguous,” says Bobby Cochran, director of the Willamette Partnership.   Though this is how most bankers feel, they have heard other terminology used to describe it, including that it is a “soft” regulation rather than a specific directive. This terminology suggests that the field regulators have much greater flexibility in the decision making process than the banks see offered in the Rule.

Other mitigation bankers have a similar view.   “You have to follow the preference or give justification,” says George Kelly, co-founder of Environmental Banc and Exchange and former president of the NMBA.   “You can’t overcome preference for any reason.”

“The essence of the issue is ‘What does the preference mean?’” says Kelly.   “Does it have flexibility? We do not think so.”

USACE’s Interpretation of the Preference Hierarchy

The Corps, however, thinks that the Rule does offer flexibility.

“Corps district staff have substantial discretion when it comes to selecting an appropriate, environmentally preferable compensatory mitigation option to offset the losses of aquatic resource functions that will result from the permitted activity,” says David Olson, a Regulatory Program Manager at the USACE.

As said, the USACE does not consider the regulations to specify an outcome but rather “directs Corps staff to consider what would be environmentally preferable compensatory mitigation for a particular permit action…” says Olson.

The Corps can choose a different mitigation option “if they feel another option is more ecologically preferential,” says Linda Crowe of the Nature Conservancy, who assists with running an ILF.

In Virginia, according to Crowe, the Corps has made fair and legitimate decisions regarding compensatory mitigation credits.

The Corps does agree with the bankers that field decisions do need more transparency.   “We are working on guidance to assist districts in documenting those decisions more effectively,” says Olson.

Putting aside the preference clause, mitigation bankers still want to be assured that equivalent standards are applied to all forms of compensatory wetland mitigation.   As a federal regulation, mitigation bankers feel more effort needs to be focused on enforcing it a district level.

At the heart of the mitigation bankers’ efforts is a desire for the most ecologically beneficial mitigation.   “We would prefer that everyone is held to equivalent standards,” says Kelly.

“We know that it takes time to implement regulations,” adds Kelly, “but the grace period is coming to an end.”
The bankers, says Cochran, should remind the EPA and the USACE about the rule.

“They are saying ‘Don’t forget implementation,’” he says, “There needs to be consistency across the country.”

Though Urban believes that the Corps is embracing the regulation in general, he believes this give-and-take is essential to the natural process of implementation.

“That is one of our roles as the NMBA,” he says, “to see that the rule gets implemented properly.”