Michael Van Patten spent the first half of his career making money for himself by making markets in developing countries.  Now he’s applying that expertise to environmental markets – which, like emerging markets in general, are fragmented and illiquid.  In so doing, he’s helping to build the new ecosystem marketplace.  We introduce you to this prototypical environmental entrepreneur. 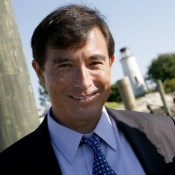 Michael Van Patten spent the first half of his career making money for himself by making markets in developing countries.   Now he’s applying that expertise to environmental markets – which, like emerging markets in general, are fragmented and illiquid.   In so doing, he’s helping to build the new ecosystem marketplace.

13 August 2010 | Michael Van Patten sits in his Manhattan Soho office loft with its 20-foot-high ceilings, cement floors and exposed pipes wearing a blue t-shirt and khaki shorts.   He is banging out links on his computer to his new environmental investment website, Mission Markets Earth.   And he is talking nonstop.

This is clearly not your typical Wall Street businessman.   And it’s not your classic green guy.   But Van Patten’s laid-back dress combined with his hard-nosed drive may just be the new face of environmental investment.

He certainly hopes so.

Van Patten launched Mission Markets Earth with his business partner, Steven Rocco. Their platform is touted as the first-ever one-stop shop that allows sellers to sell and buyers to buy credits from the gamut of environmental markets across the United States including wetland banking, biodiversity offsets, water quality trading and voluntary carbon markets. Their strategy is to shine a light on the wide variety of ecosystem market transactions that until now typically took place as fragmented and private deals.

The framed words on his desk seem to sum it up.

“The best way to predict your future,” it says, “is to create it.”

A variety of environmental markets have sprung up over the past two decades.   They encourage businesses that damage water, land, habitat or air to compensate by purchasing credits from enterprises that restore these resources and their ecosystems.

Unfortunately, buyers and sellers in different communities tend to be clustered in different market silos.   They rarely speak to – or even know about – buyers and sellers from other markets and communities.   But for the environment and the markets built around them to thrive, Van Patten says “we need a holistic approach to break down silos that separate environmental markets and fragment them when we think they are all interconnected.”

To facilitate this, he and Rocco first launched Mission Markets, a private investment exchange for environmental projects that raises capital for people seeking funding.

Mission Markets Earth is a sub-platform that pulls together disparate information gleaned from environmental markets nationwide, building on local environmental markets that already exist. It lists and maps property attributes including size, vegetation, habitat and type of property proposed.   It enables bankers to bid on projects through an online reverse auction, and it enables people to get information, monetize multiple environmental credits or offset multiple ecological imprints without having to go to multiple exchanges.

Van Patten says he plans to use the Markit Environmental Registry, a leading global financial information services company based in New York, to verify credits.   And he is set up to work with regional and asset-specific electronic marketplaces such as   Willamette Partnership, which is building a multi-credit accounting system in Oregon, together with the Bay Bank, a multi-ecosystem marketplace for the Chesapeake Bay, and BlueNext, an international exchange for carbon emissions.

“This adds legitimacy to our program,” she says, “and provides perspective, experience and expertise in areas we aren’t as familiar with.”

Van Patten, 49, lives with his wife in Greenwich, Connecticut, home to a host of VIPs including singer Diana Ross and television host Regis Philbin.   He made what he describes as “a very good living” – he will not be specific – on Wall Street.   First he worked in institutional sales and trading for Lehman Brothers and Bear Stearns (long before its ignominious bankruptcies), and then, in 1998, he co-founded NYPPEX, which today is one of the leading electronic auction systems worldwide for illiquid securities.

He was successful, he says, and he was burnt out.

“I was going 120 miles per hour; I was doing triathlons (swimming, biking and running for mega-miles) and I was all about triathlons and business.”

There had to be something more, he said.

So he sold his shares in NYPPEX in 2004 and moved to Vermont.   He rediscovered his life-long love of rock climbing and surfing.

And he started thinking about the value of nature.

“I’ve grown up,” Van Patten says.   “I used to be focused on how much money I could make.   Now I’m focused on what we can do to bring money to the environment.”

By 2008, he began meeting with socially responsible investors and entrepreneurs.   And he teamed up with Rocco, a well-rounded finance guy with experience working for a microfinance lender, a media development loan fund, a church that made small-business loans as well as more traditional Wall Street work with institutional fixed income and equities sales at Bank of America Securities, Goldman Sachs and Citibank.

Although Van Patten and Rocco say they are confident in their business model, they continue to work on fund raising and have met some resistance from environmental market investors not used to working at the cofounder’s speed and intensity levels.   Wetland and conservation bankers comfortable doing direct deals with developers may be wary of the public nature of an electronic platform, they say.   They acknowledge that they are “treading new ground and are unsure of how the market will receive them,” according to a recent press release.

The key, it appears, lies in building trust by establishing a track record of success.

“This is a new frontier,” Rocco says, “with no rulebook or road map.”

The Yin and Yang of Market Timing

When it comes to market timing, Mission Market Earth’s launch appears problematic.   Wall Street has taken a nose dive.   Acid rain markets, the grandfather of all cap and-trade markets credited with slashing U.S. sulfur dioxide emissions in half received a body blow by a recent EPA decision to curtail these markets’ use.   And the long-anticipated mandatory carbon market failed to gain Senate approval.

Yet Van Patten says there is no time like the present for his push to expand environmental markets.

“When traditional capital markets struggle,” he says, peering up from his computer screen, “investors look for alternatives to diversify risk.   Their return expectations become more modest.   And since people perceived conservation finance as more risky because it is unproven, the baseline and hurdle rate are now much lower.”

Van Patten says he conservatively estimates returns from 10-15-year environmental market investments to range between five and six percent, consistent with long-term real estate returns, although historic data is difficult to find since environmental markets are still in their infancy.   Corporations and other investors could also gain positive press for their sustainable investments.

Meanwhile he dismisses the possibility that the imploded acid rain and mandatory carbon markets could impact his trading platform.   He never expected them to be among his company’s main drivers, he says, and plans instead to concentrate on voluntary carbon markets as well wetland mitigation, habitat conservation, water quality and other environmental markets.

Indeed, he adds, voluntary environmental markets appear poised to proliferate; they need an efficient platform to do so.   Already Wal-Mart, the largest company in the world, has begun creating a metrics to enable consumers to determine products’ ecological footprint in the same way they compare the calorie counts.   This, Van Patten predicts, will become standard practice over the next several years as companies selling everything from jeans to tires to delivery services compete to demonstrate their environmental wholesomeness.   And, if all goes as Van Patten plans, companies will use Mission Market Earth’s platform to facilitate their environmental market trades and increase their sustainability quotients.

Chesapeake Ecofinance Company is getting ready to sell nutrient credits on the Mission Market Earth platform.   The credits come from pilot projects on farms on the eastern shore of Maryland that absorb polluted runoff before it reaches the threatened Chesapeake Bay.

“Michael’s niche,” says Richard Pritzlaff, the company’s chief executive officer, “is providing an online information exchange…not just regional but national in scope.   This is what institutions need to efficiently participate in and create a marketplace.”

Instincts of an Investor

The street sounds are getting louder.   Horns honk and Indie-rock drifts up from windows left open in offices and stores below on this 90-degree summer night.   Van Patten realizes it is time to go home. Before catching the freight elevator down to Hudson Street, he ticks off on his fingers once again the assets his start up has to offer. It packages assets in a way familiar to investors.   It connects environmental finance with traditional capital markets.   It provides liquidity, transparency and a central place to buy and sell ecosystem services. And, the bottom line, it liberates untapped capital for conservation.

He shakes his head.   “Every instinct I have says the market needs this in order to expand.”