Publisher Macmillan isn’t looking for a pat on the back for their sustainability efforts; with a goal of reducing greenhouse gas emissions 65% by 2019, they’re after more “courageous action” on climate change. Purchasing high-quality offsets fits carefully into the picture, and the company looks for “symmetry,” investing in projects near their supply chain. 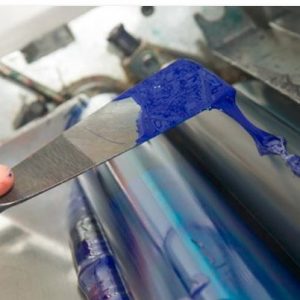 Publisher Macmillan isn’t looking for a pat on the back for their sustainability efforts; with a goal of reducing greenhouse gas emissions 65% by 2019, they’re after more “courageous action” on climate change. Purchasing high-quality offsets fits carefully into the picture, and the company looks for “symmetry,” investing in projects near their supply chain.

16 January 2014 | In 2009, Macmillan’s CEO, John Sargent, had an environmental awakening. Positioned at the helm of the privately owned publishing company, he explained to employees his concern about climate change and announced that sustainability was now just as important to the company as profits.

But when the marketing team asked whether they could begin communicating Macmillan’s greening to customers, Sargent said wait. Though he believes in the possibility of “doing well by doing good,” the latter is not a means to the former but rather a stand-alone commitment of environmental stewardship and responsibility to future generations. Sargent did not want to risk greenwashing by publicizing Macmillan’s sustainability initiatives prematurely.

With the help of sustainability consultant Bill Barry, Sargent decided to tackle all of Macmillan’s emissions – both direct and indirect. That meant dealing not only with the carbon dioxide exhaled from the company’s paper mills and car fleets, but from emissions generated across its supply chain, such as those from the milling process, and everything in between.

When they were first starting out, Sargent asked Barry how much progress he thought they could make by 2019, then a decade away. Barry responded that “a 50% reduction in emissions would be a real stretch, but [possible] if you want to dig in and really go after it.” However, Sargent wanted to push even further and came up with the goal of a 65% reduction by 2019.

Since then, the company has shifted to sourcing its paper from mills with a significantly higher renewable energy component, reducing scope 3 emissions by 40% on an intensity basis and reducing 16,000 MtCO2e annually. It also changed almost all vehicles in its 150-car fleet to hybrids, installed efficient lighting and motion sensors in its warehouses, and even drilled an exploratory well to see if a facility in Virginia could be heated and cooled by geothermal energy (turned out it couldn’t). This all-out sustainability strategy meant that, for Macmillan, carbon offsetting was a last resort—a step it takes only when the company has maxed out on reducing its own carbon footprint.

“John and I are both a little dubious about offsets,” Barry said. “It’s an easy way to assuage guilt, show quick progress, or go for a PR boost. The real challenge for industry is to radically change how they perceive the environment and climate change and then to take courageous action to correct what they can about their processes that improves their situation.”

The company therefore dipped into carbon offsetting cautiously. In 2010, the first year it chose to buy carbon offsets, Macmillan invested $25,000 in a single project: Atmosfair’s clean cookstove project in Nigeria, which distributes stoves that are 80% more efficient than the ones traditionally used in the region. Since 2010, Macmillan has expanded its offsetting efforts each year, adding non-profit Carbonfund.org and for-profit The Carbon Neutral Company as partners.

The company has purchased offsets from a wind project in China, a geothermal project in Indonesia, a landfill gas project in New York, a destruction of ozone-depleting substances project in Arkansas, and forest projects in Panama, Canada, Louisiana, Georgia, and Texas. In choosing offset projects, Barry looks for “symmetry”—he likes to invest in places related to Macmillan’s supply chain, where they have made scope 3 emissions. The wind project in China, for instance, is close to where the company prints its children’s books.

Macmillan CEO John Sargent positioned the company for a 65% reduction in carbon dioxide emissions by 2019.
(Screenshot from sustainability.macmillan.com)

“Symmetry” is often a motivation for investing in forest carbon offsets. Ecosystem Marketplace’s 2013 State of the Forest Carbon Markets report found that—more so than on the overall voluntary carbon market—the top buyer sectors on the forest carbon market relied on land-based natural resources. For a publisher like Macmillan whose main product comes from paper, reforestation projects are a logical choice in terms of mitigating the negative environmental consequences of doing business.

Macmillan’s carbon reductions are, as Sargent promised, decoupled from economic indicators: though 2012 profits were off slightly from the company’s robust 2011 earnings, its sustainability efforts intensified over that time period.

“I can’t say we’re seeing a traditional financial return on the money we invest in our sustainability efforts,” said Barry. “Sargent is the driver behind all this, and for him, it’s really about doing the right thing.”

Part Two: Interface: Making Carpets Cool introduces us to a carpet manufacturer that used carbon markets to offset not only their emissions from manufacturing but from all the years customers will spend vacuuming their products.Ã‚Â

Part Three: Deutsche Post DHL: Neutral If You Choose shows how an international logistics company engages customers around valuing emissions-fee shipping – and why they’ve come around to forestry.