The Green New Deal Resolution has been alternately vilified, glorified, and dismissed since freshman Congresswoman Alexandria Ocasio-Cortez and veteran Senator Ed Markey unveiled it last month. We spoke to policy adviser Rhiana Gunn-Wright about the resolution and the role of markets and natural climate solutions. 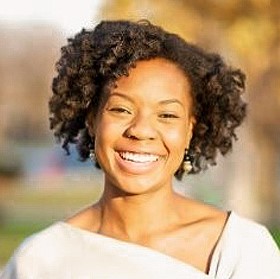 18 March 1019 | Its foes claim the Green New Deal will take away your hamburgers, ground your flights, and remove environmental markets from the palate of options available for meeting the climate challenge.

While reality says we must reduce methane from ruminants and a slew of other greenhouse-gas emissions from airplanes, the Green New Deal makes no direct mention of either. It instead focuses on targets and investment in new technologies, including those that help land systems absorb greenhouse gasses.

“We take markets very seriously,” she explains in the latest episode of the Bionic Planet podcast, which dropped last night and is available on iTunes, Radio Public, Stitcher, or directly on this device here:

Markets As Tools, Not Masters

Gunn-Wright is the policy director for New Consensus, which is a non-governmental policy shop that helped draft the Green New Deal resolution and is now working with the offices of Congresswoman Alexandria Ocasio-Cortez and Senator Ed Markey to create legislation around it. New Consensus emerged as a reaction against market-led reforms that many believe have exacerbated inequality, but Gunn-Wright says the organization is not opposed to the use of market mechanisms within a regulatory apparatus.

“Instead of saying it’s the job of markets to solve all problems, we’re saying let’s take a really thoughtful stance,” she says. “We’re asking, ‘Where are markets most useful? What kind of innovation do we want them to drive? What are the guardrails that we want them to operate within?’”

Land use nonetheless features prominently Green New Deal, which explicitly recommends “removing greenhouse gases from the atmosphere and reducing pollution by restoring natural ecosystems through proven low-tech solutions that increase soil carbon storage, such as land preservation and afforestation,” but also by working “collaboratively with farmers and ranchers in the United States to remove pollution and greenhouse gas emissions from the agricultural sector…by investing in sustainable farming and land use practices that increase soil health.”

Gunn-Wright says that her team, like most policymakers, have focused more on technological solutions than nature-based ones, but that nature-based solutions are now a key focus of their research.

“It’s not a second-tier issue that you figure out after the technology,” she stresses. “You have to think about them at the same time.”