Environmental entrepreneurs have been struggling to access mainstream finance, but the emergence of “integrated capital funds” could change that. These are pools of capital that can provide discretionary forms of debt, equity and grants to support social and environmental entrepreneurs whose businesses are beyond the scope of microcredit but not mature enough for conventional commercial markets. 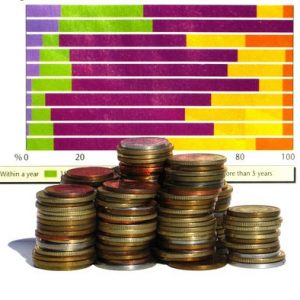 This story first appeared on the Conservation Finance Network.

26 February 2016 | As conservation finance gains more traction among mainstream investors, discussions about how to evolve early-stage environmental marketplaces to provide more conventional investment opportunities have taken over the halls of conferences. Integrated capital funds may offer one solution.

Panels and Q&A sessions at the industry’s leading conferences, such as Fish 2.0, have convened to talk about how to speed up the evolution of nascent markets to give rise to more deal opportunities for mainstream investors.

Experts in the field refer to the need for ‘progressive capital’ or ‘appropriate capital’ to meet the needs of the medium-sized enterprises known as the ‘missing middle.’ These resources can also help support market evolution and growth. Rather than calling for new forms of capital, these discussions seem to be asking for a more efficient and coordinated way to allocate appropriate types of financing.

It appears that the industry is looking for integrated capital funds – pools of capital that can provide discretionary forms of debt, equity and grants to support social and environmental entrepreneurs whose businesses are beyond the scope of microcredit but not mature enough for conventional commercial markets.

Established in 2011, the Rabo Rural Fund (RRF) finances farmer cooperatives and small-to-medium-sized enterprises in Asia, Africa and Latin America. It offers trade finance as well as risk-sharing products in the €200,000 – €1,500,000 range.

RRF is seeded with funds from the Rabobank Foundation; the Dutch Ministry of Foreign Affairs, and Cordaid, a Dutch development institution. The RRF is administered by the Rabobank Foundation. It leverages Rabobank’s deep knowledge in agribusiness, its ability to understand and calculate risk, and its vast networks across agribusiness segments to promote the foundation’s mission of self-sufficiency.

Encouraged by its progress to date, RRF partnered with Caspian Impact Investments in July 2015 to provide partial guarantees for Caspian’s agriculture lending in India. Through this type of risk-sharing, RRF is enabling the deployment of additional capital that previously did not reach market players.

Building on the success of the ~$6-million RSF Local Initiatives Fund launched in 2012, RSF is poised to increase the number of dedicated funds providing a diverse array of financing options to fill the gaps in the missing middle. Each fund will be equipped to provide loans, equity, guarantees and technical-assistance grants.

Many of RSF’s target clients operate in sectors that are not necessarily new, but are undergoing a sudden emergence and have too many oddities that prevent them from receiving mainstream financing. Reaching these clients will likely require multiple partners and complicated transactions.

This can deter some financiers, but not RSF.

“If we want to move these businesses forward, we have to get creative about how and what financial tools we provide,” Kate Danaher, senior manager of social enterprise lending and integrated capital at RSF, said. “With these integrated capital funds, RSF will be able to provide the appropriate capital for a given opportunity.”

In the early stages of development, RSF has secured $1 million in commitments for each of the recently launched capital funds to pilot the concept and determine its optimal structure and portfolio segmentation. RSF is excited about these new funds and is hopeful that it can expand them to $5-10 million to finance social and environmental entrepreneurs.

This story first appeared on the Conservation Finance Network. You may email the author via their contact form.