Last month, the Philippine Department of Justice asked a court to declare 600 people terrorists, and the list included dozens of human rights leaders, including Vicky Corpuz, the UN Special Rapporteur on the Rights of Indigenous Peoples, as well as several people who critics say simply don’t exist. Here’s what we know so far. 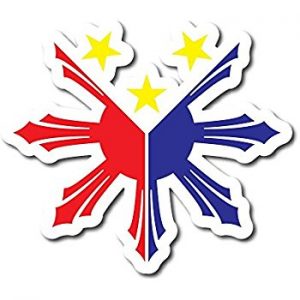 9 March 2018 | On March 2, Philippines President Rodrigo Duterte warned the country’s police about cooperating with UN human rights investigators, and now the Office of the United Nations High Commissioner for Human Rights, as well as several NGOs, accuse Duterte’s Department of Justice of trying to pin the “terrorist” label on dozens of human rights leaders.

They point to a 55-page petition that the DoJ filed with the Manila Regional Trial Court on February 21 asking that the Communist Party of the Philippines (CPP) and its armed wing, the New People’s Army (NPA), be declared terrorist organizations.

The petition identified 600 people it said were leaders of the organization – including several people who were dead or missing, several who critics say are obvious aliases, and several human rights leaders including a former Philippine lawmaker, four former Catholic priests, and the current United Nations Special Rapporteur on the Rights of Indigenous Peoples.

A “special rapporteur” is a recognized expert who investigates and reports human rights issues to the United Nations Human Rights Council, and the Special Rapporteur on the Rights of Indigenous Peoples is Victoria “Vicky” Tauli-Corpuz, who chaired the UN Permanent Forum on Indigenous Issues from 2005 to 2010, and who has been the since 2014.

She recently contributed to a report accusing the Philippine military of killing and displacing members of the Lumad community, and fellow rapporteurs Michel Forst and Catalina Devandas Aguilar say her inclusion in the petition is merely retaliation for that report.

Carlos H. Conde of Human Rights Watch called the petition a “virtual hit list”, and pointed out that this isn’t the first time the Duterte government has threatened human rights advocates.

“Apart from Tauli-Corpuz, Duterte and his supporters have threatened to harm  and sought to discredit Agnes Callamard, the UN special rapporteur on extrajudicial executions, who has sought to investigate the “drug war” killings,” he wrote.

The human rights group Karapatan named roughly a dozen other human rights advocates who were on the list, and Karapatan General Secretary Cristina E. Palabay said that the list was “severely defective as it contains scores of aliases (aka), John and Jane Does so any person can be added later.”

“Vicky is not a terrorist nor a member of a terrorist group, ” said Antonio “Tony” Gabriel Maestrado La Viña, Executive Director of Manila Observatory and a former Undersecretary of the Department of Environment and Natural Resources.

“I have worked with her for three decades now on a range of issues – indigenous peoples’ rights, biodiversity issues, and more recently climate change,” he says. “In all these forums, she has worked closely with Philippine officials, promoting both IP as well as national interests. Whenever Vicky has spoken, even when critical of the government, it is always with respect and consistently constructive.”